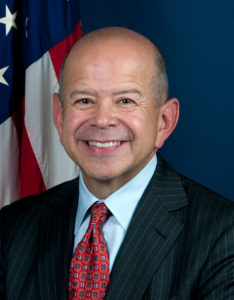 Macquarie Group has hired Michael Huerta, a former administrator of the Federal Aviation Administration, as a senior advisor as the firm looks for new opportunities in US infrastructure.

Huerta served in the FAA’s top position from 2013 until this month, when his term expired. He previously worked for Affiliated Computer Services, a Dallas-based technology firm, before being appointed deputy FAA administrator in 2010. He became acting administrator in 2011, then was formally nominated for administrator the following year. Last year, he served for 11 days as acting secretary of transportation while Elaine Chao’s nomination was pending.

A Democrat, Huerta also held senior Department of Transportation positions from 1993 to 1998, during the administration of President Bill Clinton. He was managing director of the 2002 Winter Olympics in Salt Lake City, and previously served as the head of the ports departments for San Francisco and New York City.

Nick Butcher, the global co-head of Macquarie Capital’s infrastructure and energy group, said the high-profile hire “will greatly benefit our clients and partners as we pursue initiatives in US airport and other transportation infrastructure”. Macquarie, which holds airport assets in Europe, India and Australia, has been pursuing airport investments in the US. In November, Macquarie Infrastructure Corporation was picked for a $1.1 billion public-private partnership to run Westchester County Airport, though the deal has yet to be approved by the county legislature.