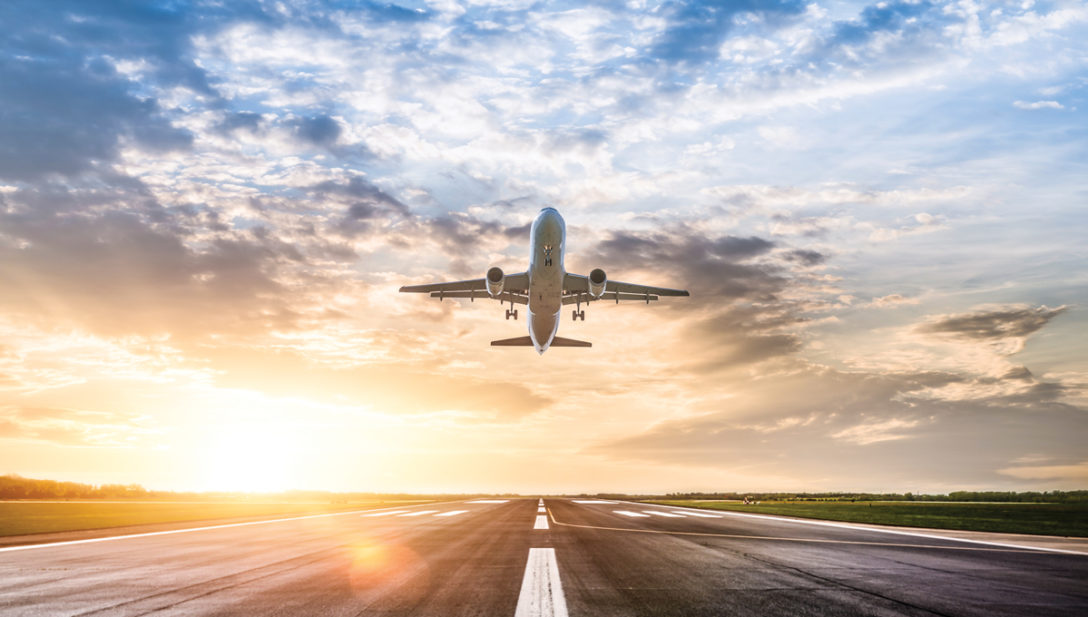 As the summer season kicked into gear, in the Northern Hemisphere at least, thousands of people found themselves stuck at some of Europe’s major airports in early June. The reasons for that varied, ranging from flight cancellations, to staff shortages, to inclement weather. But what is perhaps remarkable is the sharp contrast with the low passenger traffic that has plagued the industry since the onset of covid more than two years ago.

“Early 2020, which feels so long ago, was a really challenging time,” says Leisel Moorhead, a partner at QIC, the Brisbane-based fund manager whose airport assets include Brisbane Airport, Hobart Airport in Tasmania and Brussels Airport. “We’ve seen the impact of SARS and the global financial crisis – all those short-term events – but borders shutting down and air travel halted was never really contemplated before.”

In those early days, airports’ first move was to shore up liquidity.

That meant “refinancing and accessing bank facilities because we immediately saw there was going to be a drainage of cash since the airports wouldn’t be generating revenues”, Rosario Mazza, head of Ardian Infrastructure, Italy, explains, referring to the five Italian airports in the French firm’s portfolio, which include Linate and Malpensa in Milan operated by SEA Milan Airports, where Mazza serves as a board member.

“We had to revise the entire investment plan, effectively putting on hold most of the development capex,” he says, noting that capex over the past two years was spent only on safety, security and airport maintenance across the portfolio. Other cost savings measures were also implemented, including shutting down some terminals to save on energy and human resources.

The airports’ management teams, however, also worked with their partners, renegotiating incentive schemes with airlines and retailers, suspending the minimum guarantee fees they had to pay to the airports during this difficult time.

“You can’t have someone pay if they don’t have an income,” Mazza remarks.

As a result, “all the different parties were able to pick up business activity immediately and many of the stores remained open because they were able to absorb the shock”, he says.

The impact felt by airports around the world varied depending on the region, the level of government support and the type of passenger served.

“Even though we are going to have a good summer, it doesn’t mean that the crisis is gone” Jesus Caballero, Sofia Airport

European airports, for example, were hit particularly hard as the months-long lockdowns and travel restrictions affected cross-border travel, a much bigger market for the continent than domestic travel.

The US, on the other hand, recovered more quickly because people were able to travel within the country.

“LaGuardia for example, is operating this summer above 2019 levels in terms of numbers of passengers,” says Jesús Caballero, chief executive of Sofia Airport, which along with New York’s LaGuardia Airport, sits within Meridiam’s airports portfolio, which Caballero chairs. The pace of recovery at Meridiam’s other operating airports – Ivato and Nosy Bé airports in Madagascar and Queen Alia International Airport in Amman, Jordan – illustrate the uneven impact covid has had on assets in different regions.

In Madagascar, passenger traffic is around 80 percent below 2019 levels as restrictions still apply in the country, while Amman is just 16 percent below pre-covid levels, and Sofia is 20 percent below. “So, the recovery this summer in the US and Europe was faster than the aviation industry expected,” Caballero comments.

The aviation industry was not the only one taken by surprise by the speed of recovery. S&P Global Ratings has revised upwards its forecast for Europe.

“We now expect European airline passenger traffic in 2022 will reach 60-70 percent of 2019 levels rather than the 50-65 percent we projected in February,” the ratings agency said in a report on 8 June.

And while that is a positive development overall, the downside is that it did not give the industry enough time to ramp up its staffing levels.

“During the pandemic, most airlines and airports had to reduce staff to protect their cashflow,” Caballero explains. “Because aviation is an extremely regulated market, if an employee – whether for an airline or airport – is inactive for three months or more, they need to re-train and become re-certified by the civil aviation authorities. This requires extensive training and airports were not expecting this big a recovery, this fast.”

This is an area where Sofia Airport has an advantage since it owns and operates its own certified training centre, which it uses not only to train its own staff but staff for other airports in the region.

In addition, none of the airports in Meridiam’s portfolio reduced their workforce during the pandemic, according to Caballero.

“We started the ramping up for summer 2022 at the end of last year,” says Thierry Cojan, a principal at QIC, who is also responsible for asset management activities at Brussels Airport, as well as supporting origination in the transport sector for the Australian fund manager. “I think the strategic view there was you have much more to lose not being able to process volumes than by saving another €5 million or €10 million on the cost base.”

Italy’s airports also received significant support from the government and, according to Mazza, Ardian’s five airports were also able to keep all staff on the payroll thanks to that country’s furlough scheme.

“If you look at the employee base, it’s the same as in 2019,” Mazza says. But, he notes, many positions are also filled by temporary workers who were laid off. Rehiring them does require screening, training and re-certification.

While overall headcount may be below 2019 levels, an investment at Milan’s two airports has resulted in an increase in productivity.

“During covid, we upgraded our existing security equipment at Linate and Malpensa with new technology that does not require travellers to unpack their laptops or prohibit them from bringing liquids on board. So, while we have less staff, efficiency and productivity with regards to security has increased between 40 percent and 50 percent,” Mazza says. “So, we are managing the shortage of seasonal staff because we invested in technology during the pandemic.”

Speaking of investments, one that Brussels Airport has significantly developed in recent years enabled it to offset some of the losses incurred by the drop in passenger volumes during covid. The airport, thanks to its specialised cargo facility, Brucargo, became the biggest processing hub in Europe for covid vaccines, according to Cojan.

“Cargo has had a solid performance and it has reinforced, for Brussels Airport specifically, the corporate strategy to push ahead with revenue diversification opportunities where available,” Cojan says. “That will be a mix of further cargo capacity development, further real estate development, working hand in hand with the freight forwarders and the businesses looking to expand their footprint.”

According to the Brussels Airport website, more than 100 logistics companies have set up office at Brucargo, “making it the second most important logistics hub in Belgium, after the Port of Antwerp, for international trade and air transport in Europe”. Last April, it completed construction on a new building that provides large, refrigerated storage spaces and offers direct airside access.

Those lessons are important, particularly since some significant headwinds are looming.

“Even though we are going to have a good summer, it doesn’t mean that the crisis is gone,” Caballero points out.

Indeed, with uncertainty regarding covid – whether there will be another wave and more lockdowns – in combination with rising fuel prices, inflation and the ongoing Russia-Ukraine war, it is difficult not to be slightly apprehensive.

According to S&P, these challenges “could dampen recovery towards the end of 2022. We also anticipate that the recovery of business and corporate traffic will drag on. Therefore, we still forecast European airline traffic to reach 70-85 percent of 2019 levels in 2023, rising closer to the 2019 base only in 2024”.

So, what does that mean for airports’ appeal to investors?

For QIC, airports are still attractive investments. “But, as Thierry [Cojan] said earlier, not all airports are equal,” Moorhead remarks.

Cojan adds: “Ultimately, what makes an airport investment successful depends on a number of key parameters: quality of the catchment area, strength of the regulatory framework, revenue diversification, among others. There’s not one right answer, but for assessing an opportunity, it’s making sure we have the right mix in terms of business drivers.”

Caballero echoes that sentiment, noting that, for Meridiam, airports meet all the firm’s core values of social and economic impact, and sustainability.

“If you increase air connectivity at an airport by 10 percent, you are contributing around 0.5 percent of GDP to that region,” he says to illustrate airports’ social and economic impact. As for sustainability, “there is a huge opportunity to support and invest in the airport industry to achieve carbon neutrality by 2050. We are looking at several solutions to transition from fossil fuels to green energy”, Caballero explains, adding that Meridiam is looking to do so not only within the airports themselves but in the aviation industry more broadly.

Ardian is also focusing on sustainability, Mazza says, and not just within the airports it owns.

“We are partnering with industry players to help develop new fuels or new ways of operating airports,” he comments.

“In Italy, for example, we have a partnership with oil and gas company Eni to develop biofuels. This project is extended to DHL with regards to cargo and with easyJet with regards to commercial aviation. The idea is to bring all the actors in the supply chain together to develop new projects and new ideas for the long term.”

Regardless of what the past two years have brought and what the future has in store, one thing is certain – people have a strong desire for air travel. That bodes well for the aviation industry, even if there is still some turbulence ahead in the near- to medium-term.