AMP Capital has made its second investment in the UK’s learning difficulties and mental healthcare sector, buying Care Management Group from Court Cavendish.

The group has 189 services for adults across the UK, which were collectively rated the highest by the UK government’s Care Quality Commission. It had been owned by Court Cavendish since 2008.

The deal is AMP’s second in the sector in the past 12 months, following its buyout of Regard from Montreux Healthcare Fund and Macquarie Principal Finance in December last year. While Infrastructure Investor understands that AMP plans to integrate the two assets in the future, their short-term prospects remain separate.

AMP declined to comment on such plans or the price paid for CMG.

CMG is believed to be the fifth investment from the AMP Capital Global Infrastructure Fund II, which is thought to have reached a $1.6 billion first close in the summer. The fund has a $3 billion target, according to a filing with the SEC, and has a gross IRR target of between 12 and 15 percent.

In addition to Regard and CMG, the fund has invested in London Luton Airport, as well as two US-based investments: fibre broadband provider Everstream and Invenergy’s operating and development portfolio of natural gas-fired power generation facilities across the US, Canada and Mexico.

The fund is focused on Europe, North America and Australia across the transport, telecoms, healthcare, energy and utilities sectors. 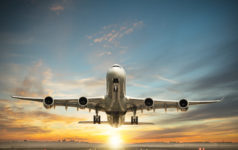