Partners Group was a member of the winning Plenary Health consortium selected by the state government in late 2011 to build the cancer research and treatment facility at a cost of A$1 billion ($795 million; €651 million). The transaction details were not disclosed.

The project, which is the country’s first dedicated cancer research and treatment facility, commenced operations in June 2016, under a 25-year PPP concession with the Victorian state government.

“The VCCC deal follows a successful fundraising campaign for CommIF where we raised A$360 million from existing investors through a rights-issue offer in September 2017 as well as from new and existing investors who have made commitments since October 2017,” said Julie-Anne Mizzi, head of social infrastructure and aged care at AMP.

She added that there was an increased interest from overseas investors in the brownfield, social infrastructure PPP-focused fund. The fund is predominately backed by Australian institutional investors while most of the foreign supporters are Asian based.

The open-ended vehicle now has 13 assets worth more than A$650 million, including the recent acquisitions. “A significant proportion of the recently raised capital has already been deployed in these recent deals,” a spokesperson from AMP told Infrastructure Investor. Last month, the CommIF increased its stake in the Victorian Desalination Project to 9.75 percent.

“With the facility now fully operational, and having received strong interest from potential buyers, Partners Group decided to divest its stake in this ground-breaking centre ahead of the original investment plan to an experienced investor with a long-term investment horizon and a socially responsible investment remit,” said Benjamin Haan, a partner and head of private infrastructure Asia at Partners Group. 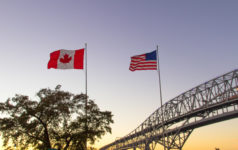 opinion 15 hours ago
Added to your Saved Articles
Loading
Unsave Article
Please confirm you would like to remove this article from your saved articles.
Share with other subscribers
Only logged in subscribers of this site will be able to access the shared article.