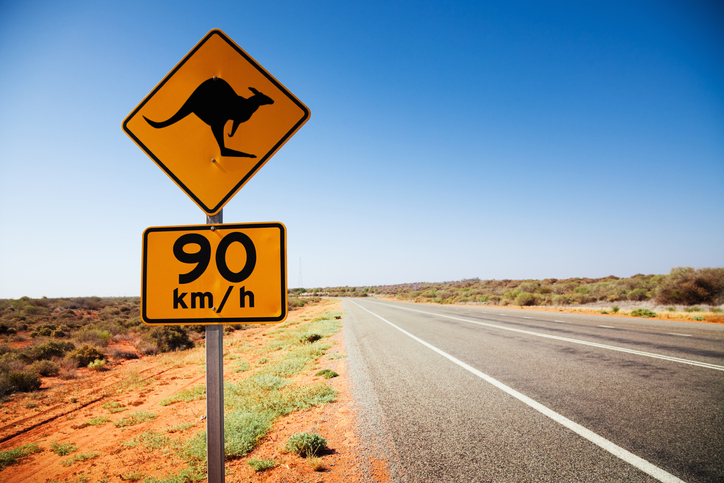 Australian superannuation funds are losing sleep over what some are describing as an “existential” performance test that could affect their appetite for unlisted assets.

In its October Budget, the Australian government introduced a package of reforms for the country’s A$3 trillion ($2.3 trillion; €1.9 trillion) superannuation system known as Your Future, Your Super. The measures would purportedly save Australians A$17.9 billion over 10 years by aiming to reduce fees and improve investment returns.

Among these proposals is an annual performance test to be conducted by the Australian Prudential Regulation Authority.

The assessment would benchmark net investment returns against a weighted-average portfolio with similar asset allocation over an eight-year timeframe. Supers that underperformed by more than 50 basis points would have to notify their members of potential alternatives and those failing two consecutive tests would no longer be able to accept new members. As of last June, more than one third of MySuper funds – the default investment product for superfund beneficiaries, representing 16 percent of total assets – were likely to fail the test, according to advisory firm NMG Consulting.

“Existential is actually the word,” Greg Clerk, deputy chief investment officer at the A$49 billion superannuation fund Hostplus, told delegates at a virtual Association of Superannuation Funds of Australia conference in February.

The assessment – which is slated to start in July – has drawn criticism for its use of listed indices to benchmark the performance of unlisted assets and its unusual eight-year timeframe. Detractors argue that these factors could result in statistical noise, given the long-term nature of private markets.

Infrastructure investments, for example, are benchmarked against the FTSE Developed Core Infrastructure Index, which is weighted far more heavily to the US than Australia and includes a significant focus on conventional energy, according to a November paper from QIC. In contrast, Australian funds’ portfolios are mostly weighted heavily towards Australian core infrastructure.

Real estate is benchmarked against the S&P/ASX 300 A-REIT Index, which is heavily exposed to development companies and therefore carries a different risk profile to actively managed property assets. Alternatives such as hedge funds are benchmarked against a portfolio of 50 percent listed equities and 50 percent fixed-interest strategies.

“That’s a very blunt measure when you think of what could be included in an alternatives bucket,” Debbie Alliston, chief investment officer for multi-assets at the A$188 billion investment manager AMP Capital, said at the ASFA event. “It’s really a coin toss over the next 12 months whether unlisted beats listed or vice versa – obviously there’s a lot of basis risk between the two.”

The broader eight-year timeframe is less of an issue for some. “We should all be able to achieve a benchmark,” Construction and Building Unions Superannuation Fund’s head of infrastructure Alexandra Campbell told a virtual event hosted by sister title Infrastructure Investor last month.

“If we can’t, what’s the point of having active managers when you could [use] a passive one? Having listed benchmarks for an unlisted portfolio is problematic – but it is over an eight-year period, so [many] would argue that over [that period of time] they should reflect each other.”

It is the listed nature of the benchmark that is causing the most concern and could prompt unintended consequences, as Brent Snow, associate portfolio manager in Aware Super’s infrastructure team, said during Infrastructure Investor’s virtual event.

“We accept the rationale behind the benchmarking [but] I’m not sure the current listed infrastructure benchmark is the best option available,” he said. “We’ve done some work comparing the geographic sector exposures of that particular benchmark to our portfolio, and also what the average Australia superannuation fund portfolio looks like, and it doesn’t look like the proposed FTSE benchmark.

This is echoed by Ian Fryer, general manager at superannuation research firm Chant West, who says the test’s focus on beating individual benchmarks effectively neutralises the concept of a strategic asset allocation. “One of our concerns is that this may lead to a dumbing-down of portfolios because you might believe, as most funds do at the moment, that it’s in the best interest of members to have a highly diversified portfolio with [for example] 5 percent private equity,” he says.

“But if having that in there could potentially lead to a problem sometime where private equity returns get out of whack with listed equities […] you’re going to do pretty much whatever you can to make sure you don’t fail the test, including making some decisions which you wouldn’t otherwise do if it was simply in the best interest of members to get the best long-term return.”

A September report from Chant West found that funds on track to fail the test might take additional risks in a “last-ditch attempt” to avert it, while those close to the benchmark could become “totally risk-averse” to survive at all costs.

“The first and utmost responsibility every trustee will have going forward is [to] make sure your fund is still in existence in one year’s time, but also then in two years’ time,” Clerk said.

“If you’ve got enough in the bank at the moment with regard to your future benchmarking, maybe […] you can continue to employ the strategy that got you to where you were. But if you’ve got less in the bank at that stage, you’re going to have to make some decisions as to how to reduce that basis risk, and investing in unlisted assets – unless you’ve got extreme conviction in those assets – is possibly an area where you might demur.”

Superfunds have mixed appetites for unlisted assets. As of 30 September, the average growth-oriented super had a 6.9 percent allocation to unlisted property, 6.1 percent to unlisted infrastructure and 2.4 percent to private equity, according to Chant West data.

Private equity appetites have remained somewhat muted, in part due to 2017 regulations requiring supers to disclose fees and costs paid on investments. These regulations have deterred some from what are perceived to be comparatively expensive asset classes.

According to the QIC report, fees are also a concern in the new performance test, which considers management fees when calculating net returns and not administration fees.

“This is an implicit incentive to move management fees into an administration classification – or even not seek those efficiencies which may be possible from managing administration fees more closely as mergers in the superannuation industry begin to occur,” it said.

Mergers between supers have become increasingly commonplace in recent years following rhetoric from APRA about wanting to see fewer funds with higher average levels of performance, and a desire among trustees to drive through cost and fee savings for their members through economies of scale. The Treasury reforms could hinder this process.

The continuing squeeze could also lead to more funds seeking to internalise their investment capabilities, especially as they continue to grow.

The biggest funds, such as AustralianSuper and Aware Super, have already started down this path to varying degrees. If the pressure to reduce fees grows further, more funds may seek to remove the cost layer that comes from using fund managers, even if this might not be the optimal outcome.

“We should be looking to maximise value to our members through net returns, and if you can demonstrate that’s achievable by taking on a bit more cost, that’s what we should do,” says Will MacAulay, general manager, unlisted assets at Hesta, who argues that the reforms will disincentivise funds from doing this.

The timing of the Treasury’s performance test is unusual given that APRA released its own assessment for superannuation performance as recently as December 2019. The regulator’s online ‘heatmap’ uses a graduating colour scheme to compare superfund products across three areas: investment performance, fees and costs, and sustainability of member outcomes.

“APRA has been putting a fair amount of pressure on funds that aren’t looking good on the heatmap to do something about it, or to merge,” Fryer says. “Treasury put forth their position less than a year after the APRA heatmap started, so they hadn’t given it time to show whether it was going to work or not.”

It also comes at a time when the political spotlight is firmly on supers. The Australian government leaned on the sector to provide financial support to the public during the pandemic, allowing members to withdraw up to A$20,000 in two separate tranches either side of 1 July 2020.

The scheme, criticised in many quarters, led to the withdrawal of A$36.4 billion from the sector by the end of January. Funds with membership concentrations in hard-hit sectors such as hospitality suffered a disproportionate impact.

An argument is also playing out in public over a proposed increase in employees’ compulsory superannuation contributions.

There is a legislated annual increase of 0.5 percent that is set to begin in July, taking contributions from 9.5 percent currently to 12 percent over the next five years. This is generally supported by superfunds and the wider lobby that surrounds them.

However, the Liberal-National coalition government has shown signs that it is reconsidering the increase after the economic hit from covid-19, with many arguing that the rise will come at the expense of wage growth.

These conversations are all part of an ongoing debate in Australia about the long-term future of the sector and what it should look like.

During Infrastructure Investor’s virtual event, Hesta’s MacAulay said he supported the intentions behind the policy, a view echoed by all the superfunds we have spoken to.

“The intent there is a reasonable one,” he said. “The execution is problematic. The average Hesta member is [around] 43 years old. They have a 20-plus year horizon – they don’t need to be tracking on a quarterly basis to a listed benchmark, they need to be maximising their balance at retirement. The devil is always in the detail in how you implement these policies.”

There is still a glimmer of hope for concerned supers, as the test is currently being reviewed by a government committee and has not yet become law. Still, a complete turnaround is unlikely.

“It has been my number one focus for the past three or so months now in terms of our work with the industry and our work with government,” says Yasser El-Ansary, chief executive of industry body the Australian Investment Council. “The sense I get is that the government is very determined to push ahead with the implementation of these reforms.”