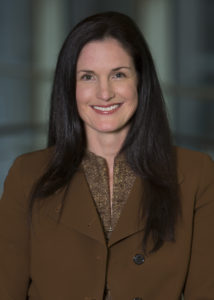 Anne Valentine Andrews has been named the new global head of BlackRock Real Assets, having served as deputy to the role since 2019, Infrastructure Investor can reveal.

The change – effective immediately – will see Andrews take over from Jim Barry in the role leading the joint infrastructure and real estate platform, according to an internal BlackRock memo seen by Infrastructure Investor.

Barry will continue as global chief investment officer of BlackRock Alternative Investors, a role he had been performing alongside the global head of real assets function. The unit, part of BlackRock Alternative Investors, has grown to about $63 billion in assets under management, more than double the $30 billion it had when formed in 2016. Its most recent fund closing occurred earlier this month, when BlackRock raised $4.8 billion for its Global Renewable Power Fund III.

Andrews’ promotion “reflects Anne’s increasing impact as a leader on the team and in all aspects of our business”, the memo added. Reporting to Edwin Conway, global head of BlackRock Alternative Investors, she will be “accountable for the next stage of growth” for the platform, the memo outlined.

Her promotion is also accompanied by the elevation of Paul Winters as global chief operating officer of BlackRock Real Assets, with his previous COO role only encompassing the EMEA and the Americas regions, the latter region in an interim capacity.

In a February interview with Infrastructure Investor, Barry had revealed that BlackRock was considering the launch of a new open-ended “sustainable infrastructure” offering, a lower risk-return vehicle that would add assets in the social infrastructure and telecoms space to the firm’s burgeoning energy and renewables unit.

“We have ambitious goals in the years ahead,” Conway said in the memo. “This starts with delivering on our promises to clients by developing and expanding our next fund vintages and hitting new milestones in the Infrastructure and Real Estate businesses.”