Antin Infrastructure Partners has reached a first close on its fourth fund and secured more than €2.5 billion in commitments, Infrastructure Investor understands.

It brings the Antin Infrastructure Partners IV vehicle more than halfway to its target of around €5 billion, although it is believed the group could raise up to €6 billion. The funds committed to date are thought to be entirely from investors in Antin’s previous funds. Sources told Infrastructure Investor the firm had been planning to include new investors in the first close but that these investors were now likely to enter at a later stage.

Infrastructure Investor understands that Antin’s decision to hold a first close – which differs from the one and final close it held for each of the previous three vehicles – is partly related to the queue of prospective infrastructure funds this year. It is also understood to reflect efforts by the fund manager to diversify its investor base. A final close is still expected within the year.

Fund IV will mark a continuation of Antin’s strategy of targeting transport, telecoms, social infrastructure and energy investments with a gross IRR of around 15 percent.

There is also 20 percent room to invest in North America, in addition to its main focus in Europe. In January, Antin opened a New York office, its first premises outside Europe. Last year, the company made its first investment in the US with the acquisition of fibre-optic developer FirstLight Fiber.

Antin also realised its first fund last month when, alongside partners Brookfield and Arcus, it sold its stake in Euroports to a new joint venture comprising logistics provider R-Logitech, investment firm PMV and FPIM, an investment company wholly owned by the Belgian state. 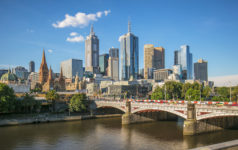