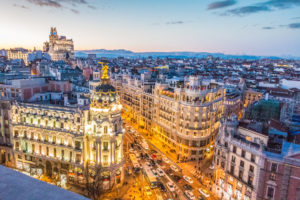 Asterion Industrial Partners has agreed to buy 11 data centres from Spain’s Telefónica for €550 million. The investment will be the firm’s third through its maiden fund, which reached a first close of €519 million in March.

Telefónica is currently the anchor tenant on the data centres, which are located in Argentina, Brazil, Chile, Mexico, Peru, Spain and the US. A source familiar with the investment firm and the deal told Infrastructure Investor that the telecoms company had contracted 80 percent of the centres’ total capacity under a 10-year agreement with the option of two five-year extensions.

The source said 20-year contracts were rare for data centres, where contracts on the wholesale market tend to range from five to seven years.

Although Telefónica is currently the sole client it is not the only user, the source said. The telecoms company uses around half of the contracted capacity for its own back-office and IT functions, while the other half is used by its B2B clients.

“This is not about Telefónica disposing assets. This is really a partnership,” the source added, referring to the housing services agreement that forms part of the deal.

The telecoms company said in a statement: “This agreement will allow Asterion to leverage the sales network of the Telefónica Group’s operations to market the remaining capacity of the data centres.”

In a separate statement, Asterion said the transaction offered “very solid downside protection through the long-term contract […] as well as providing several levers for value creation”. It did not provide further details and declined to comment beyond the press release.

However, the source said value creation was possible owing to the cost efficiencies that would result from the transaction being a carve-out: the Spanish telecoms company continues to own another 12 data centres in some of the same jurisdictions. The source added that Telefónica’s growing B2B business and increasing demand from tech giants such as Google, Amazon and Microsoft also pointed to ways in which the transaction could create further value.

Asterion is one of a number of infrastructure investment firms that are increasingly targeting digital assets. Toronto-based Brookfield Infrastructure, for example, sees significant opportunity in this sub-sector. During the company’s Q1 earnings call, chief executive Sam Pollock described data as one of the world’s “fastest growing commodities”.

Bruno Candès, partner at Paris-based InfraVia Capital Partners, recently told Infrastructure Investor there was no longer any question of whether the sub-sector counted as infrastructure. “The question now is where the right opportunities are,” he said.
Renewables platform

The transaction is expected to close in the next two months, except for four data centres where the transfer is subject to several authorisations.

It follows the recent launch of the Asterion Renewables Platform, which the source told us was being built from “scratch”. The platform will invest in solar and onshore wind in the markets Asterion targets: France, Spain, Italy, Portugal and the UK. “It will be a combination of acquisitions of ready-to-build projects and projects in the advanced-development stage,” the source said.

The Asterion Industrial Infra Fund I made its first investment in late March when it acquired a co-controlling stake in French utility group Proxiserve alongside Paris-based fund manager Mirova. Proxiserve is a provider of energy services, including sub-metering, maintenance, heating and electricity.

The fund, which was launched in November 2018, is targeting an €850 million final close by mid-2019. It has a €1 billion hard-cap and a 10-year lifespan with two possible extensions, and aims to generate gross returns of 12-14 percent and an average yield of 5 percent.