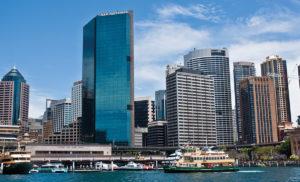 The Australian Competition and Consumer Commission has raised concerns about a Transurban-led bid for a majority stake in the WestConnex road project in Sydney.

The ACCC issued a statement today saying it was raising “preliminary competition concerns” about the bid from Sydney Transport Partners, a consortium led by Transurban as the majority interest holder, with AustralianSuper, Canada Pension Plan Investment Board and Tawreed Investments holding minority stakes.

The competition watchdog identified two issues that it said “may raise concerns”.
First is the impact on future toll road concessions, as incumbent toll road operators have significant advantages over non-incumbents when bidding for subsequent concessions due to the control of detailed traffic data and the ability to leverage existing concessions. Transurban currently holds 15 of 19 toll road concession in Australia and seven of nine in New South Wales.

The ACCC considered that if Transurban’s bid were unsuccessful, an alternative bidder would likely acquire WestConnex, creating two major toll road operators in Sydney that could compete for future concessions.

Secondly, the ACCC expressed concern that a successful Transurban bid could lead to reduced competition between existing toll roads, as WestConnex and certain other Transurban-owned roads could be substitutable for motorists travelling to and from certain destinations. An alternative bidder for WestConnex could lead to lower tolls and increased service levels, the ACCC contended.

“WestConnex is a very significant toll road asset, and as such represents an opportunity to establish a strong rival toll road operator,” ACCC chairman Rod Sims said in a statement.

The New South Wales government is looking to sell a 51 percent stake in the Sydney Motorway Corporation, a state-owned entity charged with developing and operating WestConnex. The project, which will be carried out in three stages and is currently under construction, is estimated to cost A$16.8 billion ($13.2 billion; €10.7 billion), making it Australia’s largest road project. It will deliver 33km of new connections to improve east-west connectivity in Sydney. The privatisation is designed to help fund the final stage of the project, a new M4-M5 link between Haberfield and St. Peters that is set to open in 2022.

On Thursday, Transurban’s chief executive Scott Charlton, said in a prepared statement: “We understand that the release of a Statement of Issues by the ACCC is a recognised step in the ACCC’s informal merger review process and, as we have done on previous acquisitions, we will continue to work with the ACCC to enable them to complete their review”.

Along with the Transurban-led bid, IFM Investors is one of the finalists for WestConnex, Infrastructure Investor understands. Media reports in Australia indicate that Netflow, a Plenary Group and Cintra joint venture, has also reached the final stage.
Transurban holds a majority interest in the M2 Motorway, Lane Cove City Tunnel, Cross City Tunnel and M1 Motorway (Eastern Distributor) in Sydney, as well as a 50 percent share in the NorthConnex Motorway, the M5 Motorway and the M7 Motorway.

The ACCC is inviting submissions on its concerns about Transurban by 31 May, with a final decision to be made by 19 July. A decision on the winning bidder for WestConnex is expected mid-year.