The Australian government has accepted the recommendations from the country’s Productivity Commission over airports regulation, saying the current framework remains “fit for purpose” and that there is no justification for significant change.

The Productivity Commission published its final report into the economic regulation of airports in October, after sending it to the government in July.

That report found the four major airports monitored by the Australian Competition and Consumer Commission – Sydney, Melbourne, Brisbane and Perth – had not systematically exercised their market power in commercial negotiations, but did say that high international charges at Sydney and Brisbane, and Sydney Airport’s high profitability, were reason to “remain vigilant”.

On balance, it said, most indicators of operational efficiency, aeronautical revenues and charges, and profitability were “within reasonable bounds” and that the current system of light-touch airports regulation benefits passengers and the community.

However, it recommended regulations should be amended so that airports provide more detailed figures to the ACCC each financial year in areas such as passenger numbers, costs and revenues. The government said it supported this recommendation in principle and would carry out a consultation to determine the form the amendments should take.

The Australian government said it encouraged all stakeholders in the country’s airports to continue working together to strengthen their relationships under the current regulatory framework.

In a statement it said: “[The government] welcomes interest by some airlines and airports in working together to establish principles that could be of assistance in guiding negotiations and achieving mutually satisfactory service contract outcomes. The Australian government expects airports to work constructively with airlines and other airport users to achieve good consumer outcomes, including reasonable car parking charges, reasonable charges for aeronautical services and well-maintained infrastructure so that passengers are satisfied with their overall airport experience.”

The broad support for the Productivity Commission’s recommendations draws a line for now under an increasingly public debate over monopoly airports regulation that erupted earlier this year when the chief executives of airlines Qantas and Virgin Australia shared a rare joint platform to accuse airport owners of making “grossly inflated” profits.

In September, Virgin Australia CEO Paul Scurrah said: “The airports we are dealing with are privatised monopolies that own and operate many of Australia’s airports, with many generating profit margins that are grossly inflated, in my view because of the power they have.

“We say it is time for an intervention, yet not the kind of intervention that infrastructure funds and investors in airports would have you believe. We are calling for a lot more equity and transparency in the relationship and for a negotiate/arbitrate model to be implemented.”

The Productivity Commission conducts inquiries into the economic regulation of airports every five years, so will be expected to investigate and report again in 2024. 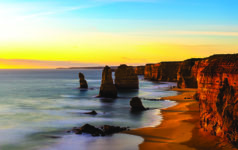