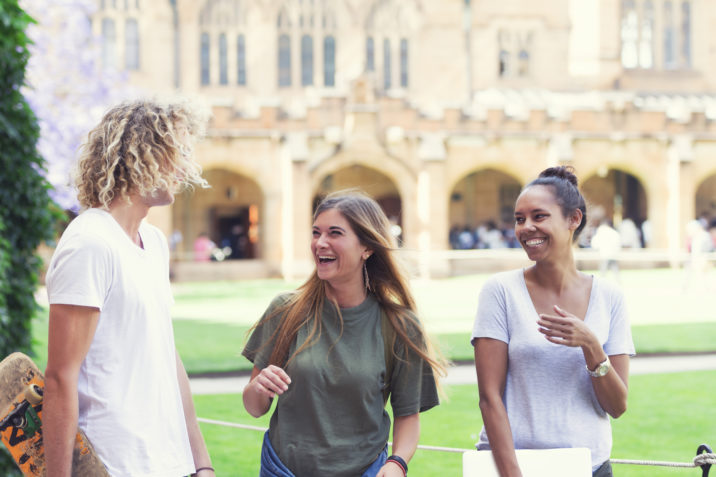 One of the most exposed infrastructure asset types during the covid-19 pandemic, with its reliance on foreign nationals, has been student accommodation. This has been especially true in Australia, which was quick to impose border controls that have not yet been eased.

According to the latest data available from the Higher Education Information Management System, in 2018 there were 412,435 international students in Australia – equivalent to 28.9 percent of the country’s university student population. Moreover, Australian universities, like most educational institutions around the world, are not carrying out face-to-face teaching at the moment, leading many students, even domestically, to return home.

This means occupancy rates are down in student accommodation assets – with knock-on effects for the private providers that manage them if they have taken on occupancy risk.

There are two distinct approaches to student accommodation when it comes to the private sector. One is the real estate model, where private providers build assets off campus and lease rooms directly to students, with the investor owning the freehold on the property and dealing with the university at arm’s length.

The other is the on-campus concession model, which has proved popular in the UK and gained ground in Australia in recent years. Here, the university typically retains responsibility for day-to-day operations. The private sector takes on responsibility for facilities management, and some soft FM services – such as cleaning or pastoral care for students – are either managed by the university or also contracted out.

Crucially, these models are not typically structured as availability public-private partnerships. Instead, the investor takes on some sort of occupancy risk, and collects rents from students in exchange for the fees it has paid the university to take on the concession.

Morrison & Co did one of the first of these on-campus concession transactions in Australia in 2015. The New Zealand-headquartered fund manager agreed a deal with the University of Wollongong through its PIP Fund, a vehicle expressly set up to invest in social infrastructure PPPs. The Morrison & Co-led consortium agreed a 39-year licence to manage nine student accommodation facilities on campus and construct two new facilities, while the university retained day-to-day operational responsibility. Crucially, UoW underwrote a rent guarantee for the length of the concession.

AMP Capital has also moved heavily into the sector. Through its Diversified Infrastructure Trust and Core Infrastructure Fund, the firm manages assets at the University of Sydney, University of Melbourne, and the Australian National University in Canberra. The concession for the ANU asset was acquired from Morrison & Co in April 2019.

Morrison & Co did not respond to requests for comment. AMP Capital provided the following statement: “Coronavirus is impacting many industries and sectors in Australia, and worldwide, including education. Australia remains a popular destination for international students and we remain confident in the prospects for the sector once international borders are relaxed.”

However, an Australian LP with investments in a fund with allocations to student accommodation assets told us: “They’ve been hit pretty hard – but then what type of asset hasn’t been hit hard at the moment?” The LP also confirmed the assets they had exposure to had seen writedowns in the region of 4-5 percent, with further hits to come at the end of the financial year in June.

Nevertheless, participants in Australia’s university sector do not believe that tailwinds have changed. They argue that infrastructure investors should not write off the asset class.

“It’s inevitable that any investor will be looking at the risk profiles,” says a director at an Australian university with responsibility for managing accommodation assets, who did not wish to be named.  “But I don’t think it’s as simple as viewing the risk over the total asset class. Investors have to be more nuanced.

“I wouldn’t write off student accommodation as too high-risk, because it depends on where the projects are, what the density is of other projects around them and what the profile of the university’s demand looks like.”

In addition, Australia’s successful public health response to the pandemic may stand the student accommodation sector in good stead when the country starts to reopen its borders.

“Australia has either accidentally or deliberately created an incredible competitive advantage against the UK and the US, who are our main competitors in attracting international students,” the university director says. “There’s potential that we could become more attractive as an international student market because of the approach that we’ve taken. If you’re an international student, would you want to go into the US in the next three-to-four years? Probably not. And the same goes for the UK.”

One investor in Australian student accommodation shares this view and argues that the factors that made these assets attractive before the pandemic remain the same.

“Current dissatisfaction with the effectiveness of online learning will reinforce the need for face-to-face tertiary education,” the investor says. “And current financial distress will force cost efficiencies and widen the gap between strong and weak universities, with some amalgamation likely.

“Students are attracted to Australian universities for their high ranking, safe communities, appealing lifestyle and pathway to migration. These arguments hold true post-covid-19.”

Scape is Australia’s largest provider of off-campus student accommodation. It owns the freehold on its properties and invests on a real estate model, as distinct from the on-campus concession model used by infrastructure funds.

Chief executive Stephen Gaitanos says his portfolio currently has an occupancy rate of around 65 percent. However, he also believes the sector will bounce back, especially when compared with other countries.

“The macro tailwinds around the sector here are still very strong,” he says. “The attractiveness of Australia and our universities relative to our global peers is very strong, and the position of the Australian dollar also supports this.”

“I don’t understand how these assets end up in infrastructure portfolios”
Stephen Gaitanos, Scape

Gaitanos expresses scepticism over the for investing in student accommodation and says the pandemic will vindicate Scape’s real estate model.

“If you’re talking about scarce resources or reductions in funding, we’re not seeing many universities put their hand up for massive capex projects to build housing,” he says. “If anything, they’re looking to the private sector to come up with a solution, then instead spending the money to invest in new faculties. I don’t understand how these assets end up in infrastructure portfolios.”

However, one infrastructure investor told us universities have a choice and that they are the ones that control supply. A university has two options: it can use its land to build branded accommodation in return for an infrastructure investor paying it for future revenue, which the investor recoups by collecting rent from students; or it can rely on an off-campus provider over which it has no control.

The university director tells us they have a pipeline of beds they need to build, but it is clear they see room for both approaches.

“It’s not our long-term ambition to be in the business of student accommodation,” they say. “So we have in mind the potential to package up and sell off the management rights to some of our existing on-campus accommodation, depending on market conditions obviously, in the not-too-distant future. But there are other accommodation providers around us that we’re happy to support and promote products for, as you obviously can’t house all your students on campus. We want to see variety and options for our students.”

And the current crisis could lead to new opportunities for investors of all stripes, including in the infrastructure space.

“We need to work with investors to look at what’s most attractive to whom, but it can’t be with universities underwriting everybody’s risk, because where’s the benefit of that for us?” the university director says. “What this shake-out might do is have people examine their models, and I think there’s room for more collaborative models than we’ve seen in the past. I wonder if some alternatives, like joint venture approaches, might emerge that provide a good return for all parties while addressing the housing need that’s out there.”

International education is worth an estimated A$39 billion (€23 billion; $25 billion) to the Australian economy, according to Universities Australia, and similarly large figures will hold true in other countries.

It is not hard to imagine governments seeking to get this sector up and running as soon as possible, which means it could bounce back quickly once the world returns to something that looks like normal.