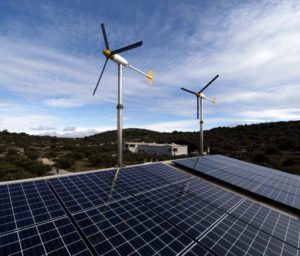 Cbus is making its first direct infrastructure investment in a portfolio of wind and solar energy assets in West Australia, as it pursues a new hybrid strategy for the asset class.

The industry super fund for the construction, building and allied industries is acquiring an 80.1 percent stake, alongside DIF, in Bright Energy Investments, from Synergy, the West Australia government-owned electricity generator and retailer, which will retain the remaining 19.9 percent.

Cbus will invest around A$100 million ($77 million; €62.8 million) for its ownership interest, the super fund’s head of infrastructure Diana Callebaut told Infrastructure Investor, without specifying the size of its acquired stake. It is unclear how much DIF will invest or the percentage of BEI it will own. The firm was not immediately available for comment.

The portfolio delivers a mix of greenfield and brownfield, solar and wind assets, which presents differing risk-return profiles. “Reflecting this, the return is within the market range of between 9 percent and 12 percent,” Callebaut said.

While this is Cbus’s first direct infrastructure investment, the super fund has two co-investments – NSW Ports and the Indiana toll road in the US – in partnership with Australian fund manager IFM Investors. As at end December 2017, Cbus’s infrastructure portfolio stood at A$4.2 billion with the rest of its infrastructure exposure gained through fund managers.

“The hybrid infrastructure strategy provides flexibility to use the range of approaches, including direct, co-investment and fund investments, to originate, execute and manage investments,” Callebaut said. “This flexibility enables Cbus to optimise its portfolio construction and scale to drive sustainable long-term returns for members.”

The fund has been expanding its infrastructure team for the past two years, beginning with Callebaut’s appointment in February 2016. Since then, it has begun internalising a number of direct investment strategies and last February announced a restructure, resulting in the investments back, middle office and support services all reporting to chief investment officer, Kristian Fok.

The super fund is also in the process of filling the new role of chief operating officer – investments.

According to Fok, Cbus, which at the end of 2017 had A$40 billion in assets under management, is expected to grow to more than A$60 billion in the next four to five years. In 2017, it generated returns of 11.85 percent.