The “deep immediate demand shock” of covid-19 on global aviation is set to be five to six times worse than that of the September 11 terrorist attacks, according to a report from global consultancy group McKinsey.

Assessing the general global impact of the crisis, McKinsey said air travel will be the hardest hit sector, with 70-80 percent demand erosion, with quarantine or lockdown measures in place in over 130 countries.

The impact is particularly acute in northern hemisphere countries, the report said, with imminent summer travel plans put on hold. McKinsey estimates that it could take about six quarters for international travel to return to normal levels, with domestic travel to resume within half that timeframe.

McKinsey’s report comes amid a separate assessment this week from the International Civil Aviation Organisation, which has predicted total airport industry losses of more than $46 billion. The ICAO also said it expects a decline in industry revenues of more than 25 percent.

Ratings agency S&P Global Ratings in March revealed one notch downgrades on major airports around the world including Heathrow, Gatwick, Aeroports de Paris and Mexico Airport. The ratings agency has said it expects greater visibility on issuers’ financial and business profiles in the coming months.

Last week, it emerged that the UK government would not be providing an industry-wide rescue package, instead assessing airports and airlines on a case-by-case basis. Other countries are still contemplating measures for the sector. The European Union this week expanded the waiving of its rules for airlines to operate 80 percent of their flying slots they’ve been allocated until October, a measure which was previously in place until July. 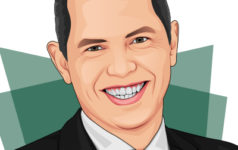 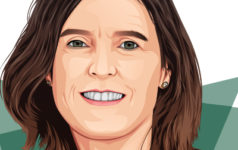 LP Tearsheet 4 hours ago
Added to your Saved Articles
Loading
Unsave Article
Please confirm you would like to remove this article from your saved articles.
Share with other subscribers
Only logged in subscribers of this site will be able to access the shared article.