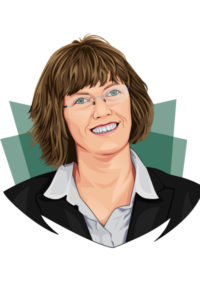 Although transport has accounted for, on average, 35 percent of European infrastructure investment in the past 10 years, the sector now finds itself in the eye of the covid-19 storm.

The pandemic is a shock to both production and consumption, with supply chains disrupted and many factories closed. Nevertheless, the impact varies at a sub-sector level. The flow of goods, for example, is proving more resilient than passenger traffic, with the European Commission quick to propose ‘green lanes’ – fast-track border crossings open to all freight vehicles. As a result, commercial ports should be less affected by covid-19 than passenger ferries and airports.

For motorways, the impact has been drastic, with traffic declining by as much as 80 percent compared with last year. Once the lockdown is lifted, car traffic should rebound. Although motorways carrying high volumes of crossborder tourism look more vulnerable, many privately owned toll roads have enough liquidity to withstand a temporary but severe traffic downturn.

Transport restrictions are taking a heavy toll on airports and the outlook for them is bleak. In a recent report, the International Air Transport Association highlighted that airlines held, on average, two months of liquidity at the start of the year. In Europe, governments will support national airlines. Weaker airlines, however, could fail, thereby reducing competition. Even as routes re-open, we expect them to do so progressively and airlines are likely to focus on the most profitable ones. The liquidity position of airports will be paramount. Ultimately, though, we expect European airports to be supported by shareholders and potentially by European governments, given their strategic importance.

Although it is difficult to predict tourism activity over the short term, there is likely to be strong demand from those able to travel once fears over the health risks subside. Business travel will be particularly affected as companies slash travel budgets. Additional sanitation, health checks and medical certificates will vary by country and impact operational costs and efficiency.

Stepping up a gear

The current crisis has, however, accelerated innovations that will have benefits. Nowhere is crowding more intense than on public transport. Flexible working patterns are likely to become more widespread and these changes could have long-term consequences for the way public transport is used, thereby reducing peak demand and better distributing usage. It is possible more flexible public transport systems will emerge, and the crisis has created the conditions for such technologies to be fast tracked. While automated, demand-responsive, low-emission networks remain some way off, advances in technology should speed up this evolution.

Another trend that could be accelerated is clean transport. Transport causes significant pollution, and no clean alternative is currently available for air travel. In the near term, pent-up desire for mobility could outweigh any environmental concerns. Nevertheless, we expect the preference for greener transport to accelerate.

One thing we can be sure of is that the transport sector will remain at the heart of this crisis. The varying underlying characteristics of assets could result in very different outcomes, and government intervention for certain strategic assets will complicate matters further.