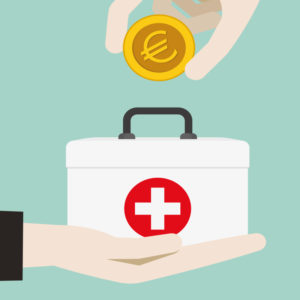 We called Antin Infrastructure Partners the “market makers” in a February 2017 cover story, in recognition of the firm’s ability to spot trends and move on them earlier than most. That ability is in full display in the social infrastructure sector, for which it won our first Social Infrastructure Investor of the Year award.

Take medical diagnostics company Amedes, in which Antin invested in 2015. Although many an eyebrow was raised at the time on whether medical laboratories were infrastructure, no one would bat an eyelid now, given how essential they have become in the fight against covid-19. Antin tells us Amedes has undertaken 1.5 million covid PCR tests so far.

Much the same could be said for its investment last year in Babilou Family, a worldwide leader in early childhood education. “The covid-19 crisis has further demonstrated that childcare and, more specifically, nurseries are crucial for parents to allow them to continue working,” says Antin senior partner Angelika Schoechlin. “Early education has been designated by many governments as being an essential service as well as identified as a key pillar of their economic recovery plans.”

Schoechlin says early education offers stability and predictability through an established regulatory environment, in addition to good visibility on the length of stay of a child, all of which make it a highly attractive sector. There is also strong growth potential. Babilou is present in 12 countries and sees “ample room for an increased penetration of nurseries as a childcare solution”, says Schoechlin, especially in western Europe, which accounts for 80 percent of the firm’s revenues. Even in the firm’s core markets of France – its largest market – and Germany, Schoechlin explains that it sees opportunity on the back of “a strong undersupply of nursery seats, allowing for significant greenfield potential”. Given that the early childhood market is highly fragmented, she adds that there is significant scope for “tuck-in acquisitions”.

Another deal that is likely to be emulated is Antin’s acquisition of a majority stake in Hippocrates, Italy’s premier independent pharmacy network, with 120 pharmacies in northern and central Italy. Antin signed the deal last year but has yet to close on it. Founded in 2018, Hippocrates had been looking for a long-term strategic partner to speed up its growth.

The pandemic has underlined how pharmacies make up a key piece of any nation’s healthcare infrastructure, and Antin is coming on board at a time when demand for them is likely to increase.

Schoechlin summarises what attracts the French manager to social infrastructure, a sector in which it first invested in 2013: “Antin expects to focus on nursing homes and specialist care facilities, crematoria and funeral-related infrastructure and medical laboratories that meet our investment criteria as we believe that such businesses are well placed to service the increase in chronic disease cases and an ageing population seen across many countries, whilst at the same time benefiting from significant barriers to entry in many countries.”