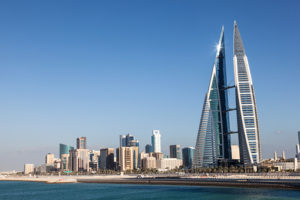 “How we’re going to do that, whether it’s organic or inorganic, it’s still a topic for us to review internally,” Ben-Gacem said.

Investcorp is exploring a blind-pool funds model alongside its deal-by-deal model due to increasing appetite from its investors for such vehicles.

“We have had a large number of traditional LPs reaching out and saying, ‘Do you have vehicles we can invest in?’” Ben-Gacem said. “We may explore something on that front hopefully not in the too distant future. It’s an evolution of our business model.”

Investcorp has about $23 billion in assets under management across private equity, real estate, credit and hedge funds. It has been investing on a deal-by-deal basis in private equity since its 2007-vintage previous blind-pool fund, as well as its Gulf and Turkey-focused vehicle, which closed in 2008.

The firm is in market with a tech fund, Investcorp Technology Partners IV, which held a first close on $220 million last year and is launching a dedicated gulf-focused healthcare fund seeking $750 million.