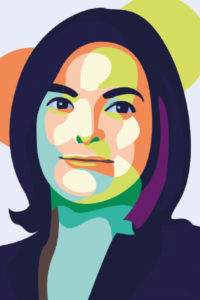 In the past year, several big-name contractors have said they will no longer bid for PPP projects, due to the fixed prices involved and the risks passed on to them. Could this signal the beginning of the end for PPPs?

We still need PPPs. In many cases, they are the best way to achieve better outcomes for the public sector.

But it’s a signal that PPPs need to adapt to changing global circumstances and evolve to provide contractors with greater flexibility while still suiting the needs of all parties.

Certainly, the balance of risks between the public and the private sectors, as well as contracting and procurement processes, needs to evolve.

The GI Hub risk allocation and mitigation guide was developed specifically to help balance risks between the public and private sectors. It provides detailed guidance for governments looking to allocate risks in PPP contracts across 18 project types in the transport, energy, water, waste and social infrastructure sectors.

Another consideration is moving towards a collaborative approach when it comes to procurement so that at the design phase of a contract everyone works together. This would result in a contractual structure that was reasonable for all concerned, reducing the current pressure on contractors.

Has competition in the PPP market given the public sector the upper hand when it comes to risk allocation?

To some degree it has, but the responsibility for risk allocation falls on both the public and private sectors.

The public sector might set tender documentation that provides limited or no opportunity for negotiation, but it is up to the prospective bidders to manage their risks and decide whether to bid. The public sector plays a key role and should focus on appropriate risk allocation to attract competition based on price and quality, rather than on prospective bidders’ tolerance for risk.

One approach to better consider the challenges raised by contractors is that of the New South Wales government in Australia. They are implementing an action plan that provides a 10-point commitment to the construction sector. This includes pledges to procure and manage projects in a more collaborative way, to adopt partnership-based approaches to risk allocation and to reduce the cost of bidding.

Are there risks that should revert to the public sector?

There are a number of risks that can revert to the public sector.

Increasingly, several climate and environmental risks cannot be priced and should be shifted to the public sector.

Most social risks should also sit with the public sector as, ultimately, accountability and stakeholder engagement rest with government. Third-party risk, including utilities relocation, is another one that should revert to the public sector. In particular situations, there is a lack of information or third-party access arrangements to enable contractors to appropriately price these types of risks.

Are there lessons to be learned from the demise of PFI in the UK?

Yes, there are. One is the importance of collecting good data and evidence on PPPs, and indeed on all types of infrastructure delivery. In this era of public scrutiny and a 24-hour news cycle, projects need to be better at communicating decisions. Using data and evidence to analyse and demonstrate the effectiveness of PPPs and their social outcomes is important in ensuring that public perceptions are based on facts rather than biases.

Another is the need to evolve approaches to working more collaboratively with the private sector. One example of this is Project 13, led by the Institution of Civil Engineers in the UK, which seeks to develop a business model that will increase certainty and boost productivity in delivery, improve whole-life outcomes, and support a more sustainable, innovative and highly skilled industry. 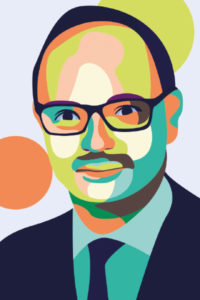 In the past year, several big-name contractors have said they will no longer bid for PPP projects, due to the fixed prices involved and the risks passed on to them. Could this signal the beginning of the end for PPPs?

‘Dead’ is a strong word, but the PPP model is not blossoming. In fact, the number of projects has been falling in Europe since the 2007-08 financial crisis. PPP volumes are stagnating at 0.1 percent of global GDP and only 2-3 percent of total infrastructure spending.

There are exceptions where PPPs do well, at least for some time, such as in Australia, in several European countries and some emerging countries like India. We can certainly find useful projects out there. Good guidance is available from international institutions, but a range of favourable circumstances need to coincide for PPPs to work well in practice, and they don’t easily last for very long.

In future, the private sector will be important in addressing the world’s infrastructure needs, in tackling climate change and meeting UN Sustainable Development Goals, but PPPs will keep playing only a minor role.

Has competition in the PPP market given the public sector the upper hand when it comes to risk allocation?

This would be an odd argument since competition should be a key driver for efficiency gains and a key reason for private sector involvement. One cannot expect the public sector to be negligent of past experiences and, vice versa, it is normal that private investors abstain from assets that are deemed unattractive.

These days, much capital is flowing to areas where cashflows are thought to be better captured, such as renewable energy, digital infrastructure and student accommodation. Long-term investors increasingly learn about the two sides of the same coin. They can’t only have comfortable state guarantees (such as stable availability payments) without the flipside of regulatory and political uncertainty. The public will insist on more transparency and ‘social purpose’ – even more so from private owners and operators of public infrastructure.

Are there risks that should revert to the public sector?

This depends on the specific situation. The traditional PPP theory is insufficient, and there are some significant structural issues. In difficult times, ‘micro risks’ borne by the private side can become systemic – for example through bankruptcies – and difficult to outsource. Also, the public side is often much less willing or able to manage macro risks than hoped. PPPs are delicate return- and risk-sharing arrangements. Even when a public-private deal is ‘right’ today, it may not look so tomorrow, given changes in technology, regulation, consumer demand and other market dynamics. When ‘excess profits’ materialise or highly indebted projects hit the public budgets, we see a backlash from the media and voters.

Are there lessons to be learned from PFI’s demise in the UK?

There are key lessons indeed. In 2008, the UK government still called the PFI model “a reference around the world”. In 2010, it was substituted by PF2, which never took off. Lately, it has become a focus for the criticism to which PPPs have been subjected. Politicians are still paying lip service to private finance in infrastructure, but their actions are poor. Once trust has gone it is difficult to rebuild.

The socio-political pendulum has swung back markedly towards tougher regulation, higher public investment and greater interventionism, if not nationalisation – arguably in some other countries as well. Additionally, in the UK, political instability and the current constitutional crisis are making international investors more reluctant to invest in the country. The government could try to tap more capital from domestic pension funds and insurers, most of which have been late into the infrastructure game, in forms other than PPPs. One attempt is to re-launch a regulated asset base model to other sectors but there is little clarity.

Answers have been edited for brevity and clarity.

The Big Debate is now a regular feature appearing in our magazine and online. If there is a topic you would like to see debated, please e-mail kalliope.gourntis@peimedia.com.