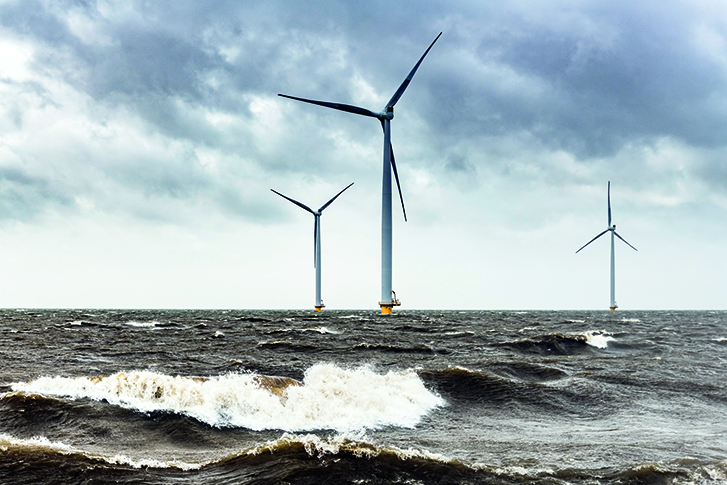 Its political issues are well-docu­mented and seemingly never-end­ing, but when it comes to offshore wind, Britannia still rules the waves.

This was cemented in Septem­ber 2019 when the UK government awarded 5.5GW of new offshore wind capacity in its Contract for Difference auction at a record-low delivery price of £39.65 ($49.15; €44.67) per MWh – below the wholesale market price for electricity, and thus, for the first time, ensuring unsubsidised delivery of UK offshore wind sites.

Germany and The Netherlands will counter this with claims of having al­ready secured subsidy-free bids for off­shore wind, but the UK model includes grid connection costs and has been praised for its scale and stability.

Comparisons will inevitably be made with the £92.50 per MWh that the Hinkley Point C nuclear station will receive when it goes online, although that price holds nearly as much no­toriety as the 52:48 Brexit result and should not be used as a yardstick for good energy prices in the UK in 2019.

However, the results must surely add another element to ongoing consultation around the use of the Regulated Asset Base model for new nuclear sites. It works great for investors but less so for consumers, who can now point to subsidy-free offshore wind as a viable and reliable energy source. Of course, there is a need for baseload power, but the government must consider whether its proposal is the correct answer.

The rapid fall in costs for offshore wind also slightly distorts a market for infra­structure investors looking to purchase project stakes. The first CfD round for offshore wind in 2015 delivered a lowest price of £114 per MWh. It cer­tainly wasn’t cheap at the time but was intended to propel an industry in its relative infancy. Just four years later, it seems almost unfathomable that gener­ators could be paid such a price.

The secondary market in two to three years’ time will present oppor­tunities, with strike prices ranging from nearly £120 per MWh to £40 per MWh, without a great deal of delivery time between them.

Macquarie’s Green Investment Group, a pioneer in UK offshore, was one of the most recent investors to take advantage of this, buying 40 percent of the 714MW East Anglia One offshore wind site from Iberdrola in August, a beneficiary of the 2015 auction with a £119 per MWh strike price.

The latest developments could well see the UK offshore wind market come to suit a different profile of investor as a result. Successful developers SSE, Equinor and Innogy will have a little bit of time to test out this theory, with the earliest delivery dates for the new projects being 2023-24.

Offshore wind has certainly heeded the then-energy secretary Amber Rudd’s warning in 2015 that renewables must “stand on their own two feet” and move from “permanent subsidy reliance”.