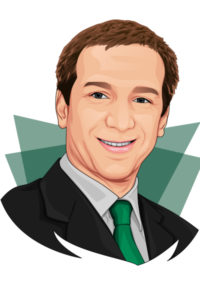 The first lesson before picking winners and losers is that investors have become much more specific and asset-selective than before. People used to differentiate the asset class between core and value-add strategies. Now everybody’s looking under the hood at what kind of revenue model an asset has. How much is it delivering on its immediate message of resilience and on GDP correlation?

LPs are asking: “What do I own and how much is it worth?” They have become very sector-specific. They are asking how resilient those strategies and managers are proving to be. We will probably know better after Q2.

The covid-19 crisis has significantly accelerated segmentation and made it a bit more relevant.

The majority of LPs we have spoken to have said there is some kind of short-term limitation on how they invest, while about 35 percent have said it’s business as usual. Many have said they are progressing with re-ups or processes close to a conclusion. In general, well-progressed and well-known managers will continue to be able to raise money, but there are some difficulties that are partly sectoral.

If you are a first-time fund or a lesser-known player, it is more difficult to get face time because 70-80 percent of LPs’ time is spent evaluating what they own and how much it is worth. We expect that will gradually open in H2 because many missed out in H1 – there will be some degree of crunch time in the second half of the year. Those that will do well are the must-have GPs of a portfolio, or those that are highly relevant in this brave new world.

Utilities in a regulated environment are becoming interesting again. That’s also because more municipalities, which may own utilities, have funding constraints, as they need to spend on healthcare and unemployment. We see that in the Nordics and the US. We see a lot of evidence of things that were in discussion around utilities now accelerating.

This kind of crisis is doing two things to infrastructure: one, it is significantly increasing the number of opportunities for private capital to invest in infrastructure because of the amount of public debt that is being raised again. On the other hand, the risk of political pressure on infrastructure, depending on the country, is increasing.

There will be winners from this crisis and there will be sectors that will be challenged in the medium term. Telecoms, utilities and contracted energy will all be winners, but it is difficult to judge how long it will take midstream energy to recover.

You have to look asset by asset and not just at the contracts. Many LPs are asking how solvent are the offtakers? In transport, people talk about it negatively, but there is a huge difference between assets.

If you have a long-term concession, the issue is less how they react to two quarters of shock – the real question is if there is a substantial change in the medium to long term.