Infrastructure Investor
Home News & Analysis The carried interest model could be improved. Here’s why it won’t be
carry

Ludovic Phalippou admits he’s often not the most popular man in the room. In a podcast published by sister publication Private Equity International on fees and performance, the Oxford University financial economics professor admitted it’s not fun to be the guy most people try to avoid.

“You prefer to be the guy who is celebrated by your peers and the people in the industry you are studying,” he says.

His latest paper probably won’t win him any new friends in the GP community.

Central to Phalippou’s suggestions on how the private equity model can be improved are his views on carried interest.

“It is everything but a capital gain,” he says. “It’s a fee, period, that you earn. It’s a bonus you’ve earned for generating a certain return.”

Three points on carry are contentious: that it aligns the interests of general and limited partners; that it should be taxed as a capital gain; and that it should not be considered a fee in the eyes of investors.

The way it currently works, none of these three claims can easily be made, Phalippou concludes in a paper published last week.

He holds up the example of the contract between a GP and a portfolio company’s management as a more robust way of aligning interests. The management team is in the driving seat and – because the equity is frequently split between a preferred tranche and a common tranche – stands to lose everything if the deal underperforms but earn a handsome multiple if it delivers on or ahead of expectations. Management “skin in the game” is genuinely at risk.

The alignment at the fund level between the LP and GP looks similar but, in fact, is a little different. There is still skin in the game, but in Phalippou’s words: “We observe that the principal [LP] has the same pay-off as the agent [GP] in case of poor performance but then receives more than the agent in case of good performance. The agent always earns more than the principal, in terms of rate of return.

“If GPs had the same contract with their LPs as they have with management, the standard three claims made about carried interest would be more easily understood and defensible,” he concludes.

The paper makes a strong case for an update to the carried interest model. The dynamics of the private equity industry suggest this will not happen any time soon.

The three bones of carried interest contention – whether it should be called a fee, whether it should be taxed as a capital gain, and whether it aligns LPs and GPs effectively – are all intertwined and drive at the heart of LP-GP alignment – something that underpins the long-term development of the industry. On this, there is little impetus to force change.

Net returns conquer all. As the head of private equity at one European pension fund tells Private Equity International: while he would welcome any reduction in fees, as long as its private equity programme outperforms the relative public market indices where the pension has invested capital, absolute return numbers or multiples don’t matter.

In other words, if LPs are getting what they expected, then they will not push for change. 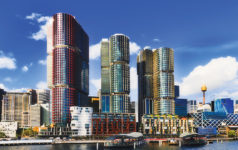