The financial risks of climate inaction are well documented. The World Economic Forum ranks global warming as the number one threat to humanity, with rising sea levels, melting glaciers, extreme heat and arctic winter temperatures set to cause losses of between 4 percent and 18 percent of global GDP. With climate concerns playing second fiddle to the economic fallout and recovery from the pandemic in recent years, there is mounting concern that the world will miss the targets laid out in the Paris Agreement.

Regulators, businesses and real assets investors alike are increasingly rallying around the need to accelerate the energy transition and prioritise the ‘E’ in ESG. This has been made possible by the emergence of a surfeit of climate risk disclosure frameworks and measurement standards, particularly in Europe, while in the US, the SEC is also refining its own climate change disclosure policy.

The EU’s SFDR regulation, which took effect in March 2021, obliges managers to report on sustainability risks and opportunities. The regulation builds on the EU’s Taxonomy of sustainable economic activities, showing to investors how businesses are aligned to climate change mitigation and adaptation. The UK also released the mandatory TCFD framework to ensure firms meet climate standards.

“When you think about the environmental component of ESG, it lends itself more easily to standardisation,” says Brent Burnett, head of real assets at US-based manager Hamilton Lane. “There are KPIs, such as greenhouse gas emissions, which are easy to measure and report. When you ask the right questions, you can collect that data and disclose the results.”

Many infrastructure managers employ benchmarking tools such as GRESB to ensure portfolio companies are focused on driving consistent improvements in their climate-related performance.

New Zealand-headquartered Morrison & Co is one such firm; Jon Collinge, sustainability director, says setting high standards across the industry is crucial to advancing the ESG conversation. “GRESB provides training to portfolio teams and investors on how to measure and report effectively, and its Infrastructure Standards Committee is establishing standardised metrics for each subsector,” he says. “Our portfolio companies find this independent measure incredibly valuable as it highlights other directly comparable businesses in their immediate industry.”

This year, Morrison & Co partnered with forecasting firm Oxford Economics to undertake an analysis of the financial climate exposure of one of its infrastructure funds.

“We utilised OE’s global equilibrium model, which focused on global carbon emissions, GDP, CPI, bond yields, energy mix, energy prices and carbon prices at the global and regional level,” says Collinge. “The economic analysis identified that achieving a 2C global warming by 2100 (or lower) pathway will require a rapid transition across all industry sectors within which the fund was invested.”

For Swedish pension fund Alecta, the TCFD serves as the central framework for its climate disclosure; after setting a net-zero target for 2050, it expects investments to follow suit. “We conduct dialogues with those companies in our portfolio that have not yet set climate targets,” says Axel Brändström, head of real assets. “As a European-domiciled investor, we also seek to receive transparency on a number of KPIs relating to the Principal Adverse Indicators of the SFDR, which includes indicators on a number of environmental and social areas.”

With LPs wanting sustainability fully integrated into business decisions, some managers are starting to trial linking environmental targets to compensation. At London-based Amber Infrastructure, remuneration for the Mayor of London’s Energy Efficiency Fund is linked not just to financial returns, but also to lowering greenhouse gas emissions, all backed by KPIs. “For every pound that gets invested, a certain volume of emissions needs to be reduced and we get paid based on that performance,” says Dan Watson, head of sustainability at the firm.

While the goals of the Paris Agreement make it clear that reducing emissions is of paramount importance to protect the planet, there are many other ways in which entire ecosystems are under threat from human activity. These include material and toxic waste, pollution, water stress, misuse of land and the destruction of biodiverse habitats.

In a 2022 survey by Dutch asset manager Robeco, investors were asked how important biodiversity was to their investment policy two years ago, today and in two years’ time. Only 19 percent of investors said biodiversity was a significant factor, or at the centre, of their investment policy two years ago. But responses more than doubled to 41 percent when asked for its importance today, and 56 percent of investors predicted that biodiversity will be at least a significant element of their policy in two years’ time. Reducing systemic risks associated with biodiversity loss was the main motivation cited.

The World Economic Forum identified biodiversity loss as the second most impactful and third most likely risk to humanity for the next decade. And yet, almost 80 percent of investors in Robeco’s survey say there is still a general lack of awareness of the financial implications of biodiversity loss, which the WEF says can include the collapse of global food and health systems and the disruption of supply chains. According to responsible investing charity ShareAction, none of the world’s 75 largest asset managers has a dedicated policy on biodiversity.

It is hoped that the UN’s COP15 Biodiversity Conference later this year in Montreal will shine a light on the importance of biodiversity – and its rightful place in the ‘E’ of an ESG strategy. 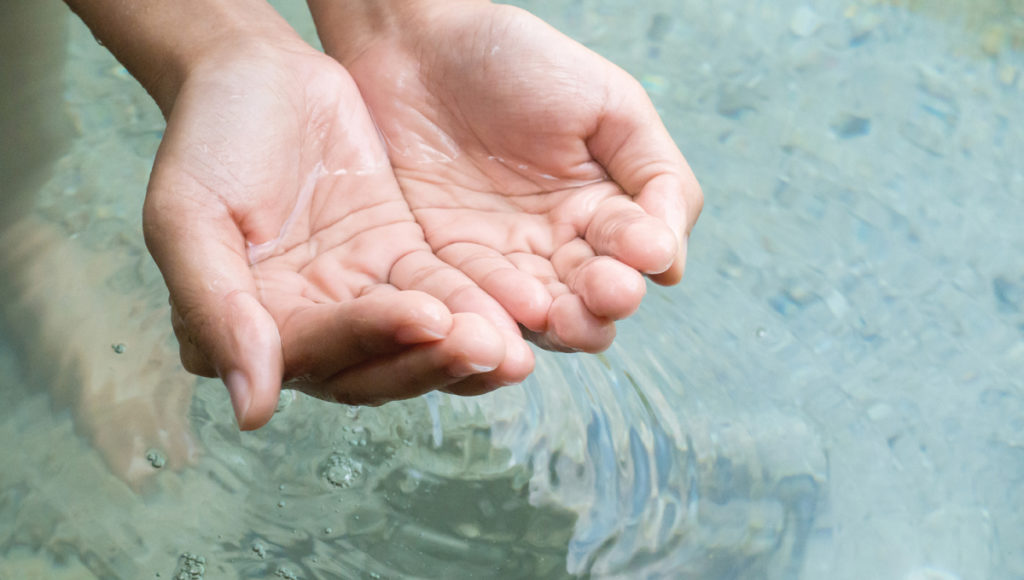 As temperatures rise, water management will become a critical pillar in the sustainability agenda

Against this sobering reality, integrating water into the ESG environmental framework needs to become a key priority. As a prime example, after acquiring utility company Southern Water in the UK, Macquarie Asset Management quickly pledged to cut pollution incidents by 50 percent over the next four years, at a cost of £2 billion ($2.3 billion; €2.3 billion).

In India, Macquarie’s green energy vehicle, UK Climate Investments, also spent £1.2 million in 2021 installing robotic waterless cleaning technology at its Bhadla Solar Park in Rajasthan. Located in a water-stressed region, the manager sought to reduce reliance on scarce water supplies. The project also met the UN’s SDG 6 of ensuring availability and sustainable management of clean water and sanitation for all.