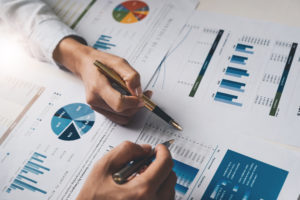 The ranking is based on the amount of infrastructure direct investment capital raised by firms between 1 January 2014 and 31 August 2019.

Where two firms have raised the same amount of capital over this period, the higher rank goes to the one with the largest active pool of capital raised since 2014 (the biggest single fund). If after taking this into account there is still a ‘tie’, we give greater weight to the firm that has raised the most capital within the past one or two years. We give the highest priority to information we receive from or confirm with the infrastructure managers themselves. When firms confirm details, we seek to ‘trust but verify’. Some details simply cannot be verified by us and, in these cases, we take the information on trust.

To encourage co-operation from private equity firms that might make the II 50, we do not disclose which firms have assisted us and which have not.

Where we do not have confirmation of details from the firms themselves, we seek to corroborate information using firms’ websites, press releases, limited partner disclosures and other publicly available sources.

For the purposes of this ranking, infrastructure investing means committing equity capital toward tangible, physical assets – whether existing (brownfield) or development-phase (greenfield) – that are expected to exhibit stable, predictable cashflows over a long-term horizon.

The investors need not seek to own the assets in perpetuity and may exit them, thereby realising a capital gain and generating an internal rate of return for themselves or their end-investors. However, they must primarily dedicate their investment programmes towards the pursuit of assets and projects that exhibit cashflow stability and predictability. They cannot be counted if they have made large one-off investments in the asset class on an opportunistic basis. There will certainly be grey areas with regard to these parameters, but Infrastructure Investor takes pains to ensure that the capital counted for the purposes of the ranking falls within our definition of infrastructure to the furthest extent possible.

This means capital definitively committed to an infrastructure direct investment programme. In the case of a fundraising, it means the fund has had a final or official interim close after 1 January 2014.

The full amount of a fund may be counted if the vehicle has a close after this date. The full amount of an interim close (a real one, not a ‘soft-circle’) that has occurred recently may also be counted, even if no official announcement has been made. We also count capital raised through co-investment vehicles.

What does not count?