Infrastructure has become one of the most sought-after asset classes in recent years. In a world of low and even negative interest rates, infrastructure investments provide stable cashflows that are often linked to inflation.

However, the very definition of ‘infrastructure investment’ is shifting. Historically, listed infrastructure companies were heavily regulated utilities that enjoyed monopolies in their respective markets. But over time, investors have expanded the definition to include more exotic businesses, most of which have been unregulated and have therefore offered the potential for higher returns. The downside of this expansion of the definition is that these companies also typically have more volatile business models and consequently are riskier investments.

As a result, the company’s earnings should be non-cyclical and have a low correlation with overall economic activity.

With all the talk about the reduced volatility of core infrastructure stocks, one might wonder if we are not putting too much emphasis on the ‘risk’ side of the coin while ignoring the ‘return’ side. Traditional finance theory predicts that in order to achieve higher returns, an investor must accept higher systematic risks. Accordingly, the higher beta of non-core infrastructure companies should be compensated by higher returns in the long run. However, over the last couple of decades it has become clear that there are systematic deviations from the predictions of traditional finance.

A strict definition of what is and is not ‘core infrastructure’ provides two main benefits. Firstly, by restricting the investment universe to companies with stable, inflation-linked cashflows and natural monopolies, the investor can generate stable returns in a portfolio and suffer lower drawdowns than with stock markets overall – as well as more conventional approaches to infrastructure investing. Secondly, by exploiting the low volatility anomaly in stock markets, the investor has the potential to generate higher returns than would be the case with conventional infrastructure investments.

Ursula Tonkin is head of listed strategies and portfolio manager of the Listed Core Infrastructure Fund at Whitehelm Capital. 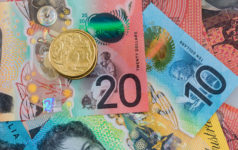