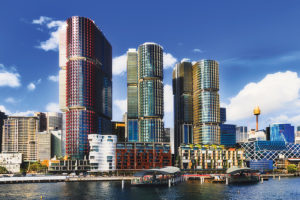 First Sentier Investors is making changes to its leadership team in Australia and New Zealand, with co-head Danny Latham taking over as sole head of the firm’s direct infrastructure team in the region.

The move comes ahead of the retirement in March of the firm’s other co-head of Australia and New Zealand, Chris McArthur, who is leaving after 15 years with the business.

McArthur’s retirement and Latham’s appointment were confirmed in a letter that Niall Mills, First Sentier Investors’ head of global infrastructure investments, sent to investors today and seen by Infrastructure Investor.

In the letter, Mills said: “With robust and longstanding succession plans in place, [McArthur’s] retirement will commence on 1 March 2022.  As Australian co-head, [McArthur] leaves a successful and growing infrastructure investment business with a strong growth outlook.”

Latham now takes over as sole head of Australia and New Zealand, with McArthur’s asset management responsibilities to be transitioned “to experienced team members over the next month”, Mills wrote.

Mills said McArthur was retiring to spend more time with family and friends, as well as to pursue non-executive board opportunities. He has also been with First Sentier Investors since 2007 and sat on the investment committees for its Global Diversified Infrastructure Fund and Wholesale Infrastructure Income Fund.

First Sentier Investors has seen significant growth during McArthur’s tenure, with global funds under management increasing more than tenfold and its LP base growing hugely. The firm was previously known as Colonial First State Global Asset Management and was owned by Commonwealth Bank of Australia, rebranding to its current name following its sale to Japanese bank Mitsubishi UFJ Trust & Banking Corporation.

The fund manager has begun to diversify into new areas, last year unveiling a renewables-focused debt strategy for the first time and launching an ESG-linked listed infrastructure fund in Australia.

First Sentier Investors declined to comment beyond the letter to investors.