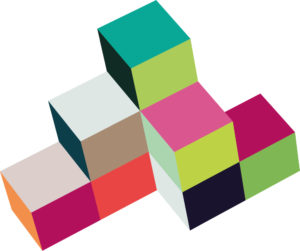 Amid a rather sluggish economy, Indian infrastructure is a rapidly emerging as a stand-out story. Although most sectors in India are reeling under funding and liquidity pressures, infrastructure received more than $10 billion in foreign investment in the first half of 2019. Prime Minister Narendra Modi’s government declared in August that more than $1 trillion would be invested in developing infrastructure, and that the private sector would play a crucial role in achieving this. Given the enormous opportunity, infrastructure investment trusts (InvITs) are gaining traction as the preferred routes for inward investment in the sector.

Trusts are optimal holding vehicles owing to their ease of management, flexibility and pass-through status. However, foreign investments in trusts are prohibited unless the vehicles qualify as InvITs, REITs or AIFs. For this reason, InvITs – including unlisted InvITs, which are not entitled to certain tax benefits – score better than traditional corporate structures.

“InvITs are proving to be a game-changer. Some of the largest foreign players – Brookfield, GIC, Canada Pension Plan Investment Board and KKR – have already inked multibillion-dollar transactions through the InvIT route.”

InvIT legislation provides a sophisticated corporate governance code. The regulations mandate distribution of 90 percent of the net distributable cashflows to unitholders, thereby eliminating the possibility of cross-utilisation of cash by the sponsors in non-InvIT projects.India is not entirely capital-account convertible, so foreign investments into Indian corporates are subject to exchange control pricing restrictions. However, these restrictions do not apply to foreign investments into InvITs. Hence, parties can transact at commercially viable prices, keeping in mind the attendant tax implications and other valuation requirements prescribed by SEBI, India’s securities regulator, in cases of primary issuances. This pricing relaxation may also help to enforce contractual obligations between unitholders, such as call-and-put options.

Similarly, the manager, sponsor, trustee and project manager must adhere to a statutory code of conduct which, among other onerous duties, requires them to avoid conflicts of interest and maintain high standards of integrity.

Listed InvITs are also required to comply with most laws applicable to listed companies (other than the regulations dealing with takeovers, since InvIT regulations restrict investors from holding more than 25 percent without being a sponsor). These requirements, coupled with the self-sufficiency of the InvIT regulations, are major factors in giving confidence to investors, especially since India’s infrastructure sector otherwise suffers from myriad governance and management issues.

InvITs also help developers monetise several assets in one go. This makes it easier to separate growth assets from yield-generating assets and thus enables developers to target different investor profiles for each portfolio.

Give us a (tax) break

InvITs offer significant tax benefits to foreign investors. To begin with, the transfer of SPVs by InvIT sponsors to the InvIT is exempt from tax. Thereafter, distributions by listed InvITs – publicly or privately – to foreign investors will be subject to a minimal 5 percent tax (as against a more typical 40 percent for interest income earned on rupee-denominated debt). However, Indian sponsors do not receive any special tax benefit on distributions and remain as-is from a tax perspective. Finally, the transfer of InvIT units will result in capital gains, and foreign investors originating from certain treaty jurisdictions, such as Singapore, should not be subject to any capital-gains tax. In fact, irrespective of the special tax benefits, InvITs would still be an ideal platform for attracting investments because of their pass-through status, which helps avoid dual-level taxation. 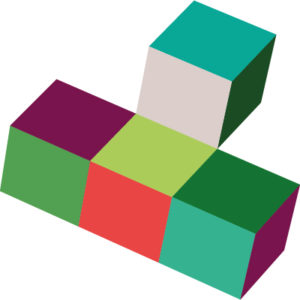 Since ‘specified infrastructure projects’ are entitled to special tax deductions under Indian tax law, most InvIT projects have significant accumulated losses until a few years after they have begun commercial operations.

These losses may lapse when the sponsor transfers the SPVs to the InvIT (the InvIT regime requires sponsors to roll over all their interest in the SPVs to the InvIT), unless the sponsor continues to ‘beneficially hold’ at least 51 percent of the SPVs. Accumulated losses should ideally not lapse if the sponsor continues to hold 51 percent in the InvIT post-rollover; in such an instance, it could be strongly argued that the sponsor ‘beneficially holds’ 51 percent of the SPVs through the InvIT. Given the law is not completely unambiguous, alternative structures can be adopted to protect the accumulated losses and also achieve the desired commercial objectives. One such structure is a hybrid holding company arrangement involving ex post in-specie distribution.

The above-mentioned tax benefits are available only to InvITs that are ‘publicly’ or ‘privately’ listed. Increasingly, sponsors prefer to ‘privately’ list their InvITs (offered on a private-placement basis) and thereby avoid the arduous task of undertaking a public offer. For an InvIT to be ‘privately’ listed, one of the prerequisites is to have at least five independent investors that are not related to the sponsor in any manner.

However, the InvIT regulations are not clear on whether investors from the same group would meet this requirement. In many other pieces of legislation that deal with capital raising, the SEBI has stated that investors should not have the same ‘ultimate beneficial owner’. However, this prescription is conspicuous by its absence in the InvIT regulations and hence, it could be argued that the UBO test should not apply.

Lastly, investors are not permitted to exercise superior rights, such as veto rights and information rights, against the InvIT unless they own a separate class of units. However, sponsors are generally averse to adopting a dual-unit model because of the possible perception that the InvIT is raising further leverage instead of equity (SEBI permitted a separate class of units in part to accommodate special debt-like distributions).

Alternatively, investors can obtain rights through a combination of inter-se agreements with other unitholders and entrenchment provisions. Inter-se agreements are not restricted under the InvIT regulations, and unitholders can therefore enter into separate agreements to record inter-se rights and obligations (such as tag-along, lock-in, voting arrangements and reserved matters agreements). Larger investors could also acquire a stake in the investment manager for better protection and obtain rights in the InvIT through a shareholders’ agreement at the manager level.

That said, since these inter-se agreements are not enforceable against the InvIT, entrenchment provisions can be incorporated in the InvIT’s constitutional documents to bind it – for example, the trust deed of the InvIT could mandate that certain matters require the approval of a higher percentage of unitholders than other matters do. However, care should be taken to ensure that the thresholds prescribed under the InvIT regulations are not disturbed or diluted.

InvITs are proving to be a game-changer. Some of the largest foreign players – Brookfield, GIC, Canada Pension Plan Investment Board and KKR – have already inked multibillion-dollar transactions through the InvIT route. The regime is fairly nascent, and challenges can no doubt be expected with increased deal activity. However, with a few creases ironed out – including further funding guidelines for private InvITs and sponsors, and greater clarity on the applicability of insider trading regulations for privately listed InvITs – the trusts could lead to unprecedented growth in the development of Indian infrastructure.

Ruchir Sinha is partner, M&A and PE, and Shreyas Bhushan is senior associate, M&A and PE, at Nishith Desai Associates. The authors have represented global sponsors and sovereign wealth funds in setting up large private unlisted InvITs and acquisitions of public InvITs