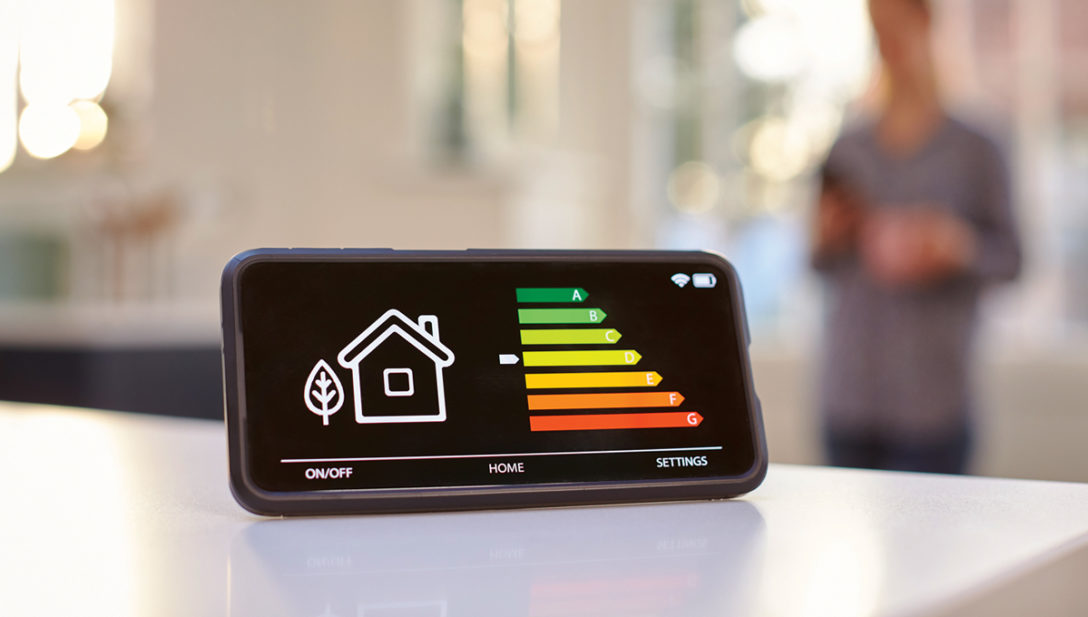 Energy efficiency was, until recently, sometimes described as the ‘forgotten fuel’. Although advocates of conserving energy have often tried to point out that the greenest energy is the energy we do not use, it seems that few people were listening. According to the International Energy Agency, global energy intensity improved by only 1.3 percent a year between 2016 and 2021, well below the 4 percent annual improvement the IEA says is needed to achieve net-zero emissions by 2050.

But the massive recent increase in the cost of heating and electricity, particularly in Europe, has seen energy efficiency become a top priority for households, businesses and governments. The Russian invasion of Ukraine saw wholesale prices of natural gas increase more than fivefold in early 2022, compared with a year earlier. Many European countries face a real threat of power and heating being cut off in the coming months unless they can reduce energy consumption.

Fall in gas consumption in Europe in the first eight months of 2022, according to the IEA

The crisis in Europe – combined with the existing focus on reducing greenhouse gas emissions – creates an obvious incentive to conserve energy. But investors seeking to take advantage of this trend face several obstacles. Their ability to find business models that can be scaled up will be crucial in helping societies adapt to a new geopolitical reality and get on course for net zero.

The EU was quick to identify energy efficiency as a key priority in the wake of Russia’s invasion. The bloc aims to reduce gas consumption by 30 percent by 2030 and estimates that energy efficiency measures can account for one-third of the required savings.

Limiting the unnecessary use of energy is one of the quickest and most logical ways to reduce emissions. The IEA expects the global economy to grow 40 percent by 2030, but says that total energy use will need to decline by 7 percent over that timeframe to keep the world on track to net zero. The agency adds that over 80 percent of its recommended energy efficiency measures will result in net cost savings for consumers.

“There’s a time value of carbon,” says Eli Aheto, managing director at BeyondNetZero, a climate investing venture established by General Atlantic. “Reductions that we make today are more valuable than reductions we make 10 years from now. Energy efficiency is uniquely an opportunity to drive reductions today.”

The label of ‘energy efficiency’ incorporates a wide range of different steps to enable residential and commercial buildings, transport and industry to function while using less energy. Efficiency goes hand in hand with electrification – and often relies on digital technology to enable resources to be managed more effectively. Key priorities for energy efficiency range from improving insulation in buildings, to installing more efficient lighting systems, and making industrial processes such as steel production less energy intensive.

Aheto says that with so many sub-components of energy efficiency, companies across the market have a challenge in reaching scale and replicating their solutions across a large range of customers: “They’re trying to find market segments where you can make one sale and then roll it out across a broader portfolio.

“There’s a fragmented nature to the energy efficiency opportunity. That’s been one of the challenges to getting it to scale – you really have to go door-to-door, effectively, to sell these solutions in customers. There are lots of smaller businesses out there that are delivering energy efficiency solutions in some form.”

There are also major regional variations in government support for energy efficiency. While the EU is making a major effort to boost energy efficiency, not all member states are on board with ambitious energy efficiency targets. In the UK, meanwhile, the government has struggled to find a viable way to accelerate improvements to home insulation, with a succession of short-lived schemes achieving little success. A parliamentary committee warned last year that “stop-go activity has hindered stable long-term progress towards government’s energy-efficiency ambitions”.

However, Flint notes that making homes more energy efficient is proving challenging in the UK. “If we want private owners to get on with retrofitting their homes, we are really asking them to be comfortable with the concept of the time value of money, to be comfortable navigating complex technology choices, and to have the stamina and skill to manage planning processes. This is not a realistic expectation.”

Another global challenge is the shortage of trained workers to install energy efficiency solutions, such as insulation, in residential and commercial premises. “Labour is a main constraint,” says Lisa Fischer, a programme leader at energy think-tank E3G. “What we really need here, both in the UK and in the EU, is a plan on how to massively scale the workforce.”

In emerging markets, energy efficiency is still a nascent area. “We see relatively limited investment activity in pure energy efficiency,” says Geoffrey Manley, head of energy access and efficiency at British International Investment, the UK’s development finance agency. “But there are encouraging signs that this is starting to shift with the emergence of more energy service companies.”

Despite the challenges, there is no turning back in the push towards energy efficiency. “The really exciting thing about executing on this opportunity at this moment in time,” says Aheto, “is we have a number of technologies that are meaningful, that have come down the cost curve. We’re in a moment where the key is really to accelerate what we’re doing.”