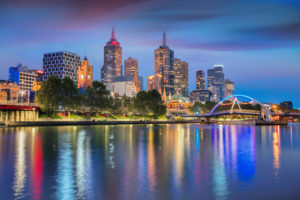 DIF, John Laing and Plenary Group are among the firms shortlisted as part of three separate consortia to deliver the North East Link public-private partnership in Victoria, Australia.

The Victorian government announced the consortia were in the running for the major works package of the availability PPP, which it said will be worth between A$7 billion ($4.7 billion; €4.3 billion) and A$9 billion. The finalists are:

The overall North East Link project is billed as Victoria’s largest ever road project at A$15.8 billion in size.

The scheme will connect the M80 motorway with the Eastern Freeway and includes upgrades to the latter, the construction of Melbourne’s “first dedicated high-speed busway”, installation of more than 25km of new and upgraded cycling and walking paths, and improvements to community facilities including local sports grounds.

The successful PPP bidder will design and build twin 6km road tunnels underneath the Yarra River, and design new interchanges, freeway upgrades and shared-use paths. It will also be responsible for operating the entire road corridor from the Eastern Freeway to Hoddle Street and the M80 once built.

The government will retain toll revenues under the deal, at least initially, with payments made to the consortium on an availability basis. The concession is set to last for 25 years.