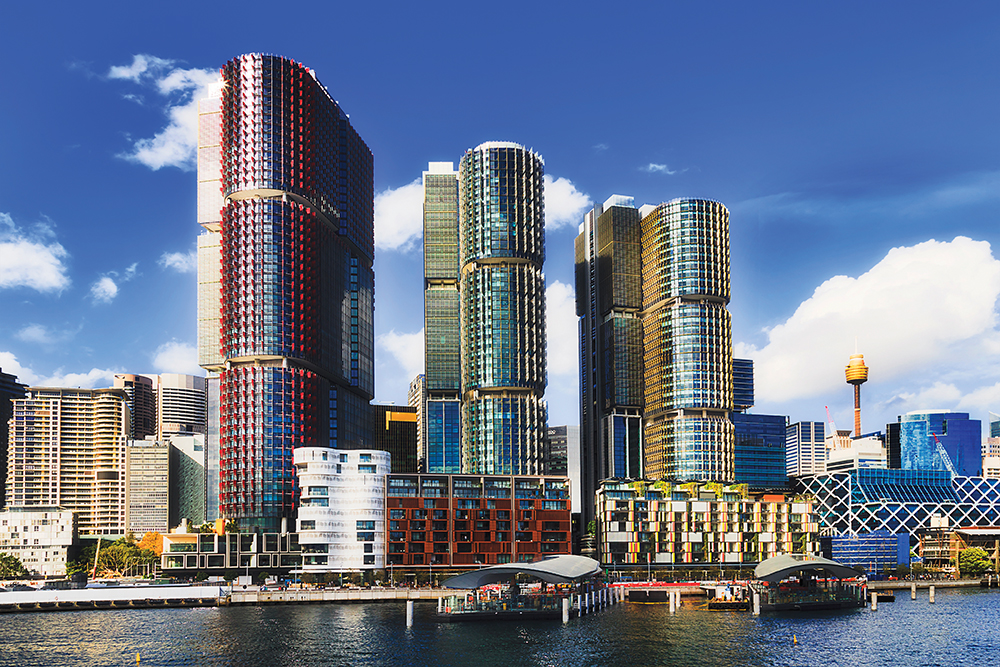 It’s a hot December day in Sydney and we are sitting in a shiny new meeting room at International Towers in Barangaroo, the city’s newest business district. This isn’t just our first visit to First Sentier Investors’ new office; it’s also the first time the man we’re here to talk to has visited: partner Niall Mills is there on a trip from his European base.

First Sentier has taken up its new residence after moving out of the building occupied by its former parent, Commonwealth Bank of Australia, after the latter sold it to Japanese bank Mitsubishi UFJ Trust & Banking Corporation in August. The company was then known as Colonial First State Global Asset Management before its rebrand. It will continue to be known as First State Investments outside Australia until the First Sentier name has been rolled out across the company later this year.

“Our new owners are very supportive of the business and have been particularly supportive of our direct infrastructure strategy,” says Mills. “After the period of the transition, which inevitably is a bit of a distraction, it’s been great to get it done and carry on with business as usual. We’ve seen no team turnover and no changes to governance or strategy.”

European fundraising
It is, though, a time for new developments across First Sentier.

The firm had A$228.5 billion ($157 billion; €142 billion) of assets under management across all asset classes as of 30 December 2019, of which A$12.1 billion is in direct infrastructure. It is currently in fundraising mode as it seeks €3.5 billion for its latest Europe-focused infrastructure vehicle, European Diversified Infrastructure Fund III.

Targeting core assets in the transport, energy and utilities sectors, the fund will replicate the strategy of its two predecessors and is to be raised through a staged series of three to five closes.

Infrastructure Investor understands that a first close for is likely to come in March this year, and Mills says that EDIF III’s first deal will come “shortly after” that.

With regulated assets, you enjoy the benefits of a regulated regime that lasts for five years, or whatever the period is. Our view has always been that’s a privilege.

EDIF II is around 75 percent deployed, and Mills says First Sentier is in exclusive negotiations on a couple of deals that will see the remainder of the fund deployed “fairly quickly” this year.

“We’re very proud that we’ve never changed the strategy,” he says. “We’re still targeting the same style and quality of assets: good-quality businesses that are well-managed with a sustainable future. We’re not a turnaround business. We’re not trying to reinvent what core infrastructure is.”

American dreams
Outside Europe, First Sentier continues to build out its worldwide strategy through the open-ended Global Diversified Infrastructure Fund.

Infrastructure Investor understands that First Sentier has recently raised a further $1 billion for GDIF, taking it to approximately $3.5 billion in size including undrawn commitments.

The fund manager has plans this year to expand its team in the US to take advantage of this growth, having completing its first deal there – the acquisition of Patriot Rail and Ports from SteelRiver Infrastructure – in 2019.

Mills says that First Sentier views Patriot Rail as a platform asset, with the potential to bolt-on other businesses and increase its value as the firm gains a larger foothold in the North American market. First Sentier is closely examining opportunities in the renewable energy and utilities sectors and hopes to do another one or two deals there in 2020.

Part of the motivation is to help build stronger ties with LPs from the region that are already investors in First Sentier’s funds. “Investors, for completely normal reasons, like to see a couple of local assets,” Mills says. “But our investment strategy is about delivering value. So we’re looking for good-quality businesses, not local assets for the sake of local assets. And frankly, [a global strategy] kind of means you have to be in America too, doesn’t it?”

Regulatory pressure
Mills is also clear that the strategy will not change. First Sentier will continue to focus on core infrastructure assets, many of which are in regulated sectors and often occupy monopoly positions.

Pressure has increased from regulators over the past year. In mid-December, two weeks after our conversation, UK regulator Ofwat issued an allowed return of just 2.96 percent for the water industry’s next five-year regulatory period, the lowest since the sector was privatised in the 1980s.

First Sentier holds a 15.6 percent stake in Anglian Water, as part of a consortium comprising Canada Pension Plan Investment Board, IFM Investors and others. Mills defends the private ownership record of the utility, which provides water in the east of England.

“Water is the sector that’s probably been criticised most in the UK,” he says. “In the last five-year period, our water investment was the only one that was able to reduce customer bills, on average by 9 percent, although it depends on the tariff. It was the only water company in the UK to do that, and that was a direct follow-through from a really efficient five years where that efficiency was shared with customers.”

Ofwat’s final determination, which had yet to come at the time of speaking, would be “tough”, he added.

“Businesses are going to have to be super-efficient, really well-managed and very focused on what’s important. And where they’ve made promises and business plans they’re going to have to deliver [on those]. But we’re not afraid of that challenge.”

More broadly, Mills acknowledges that the risks for regulated assets are higher than they were five years ago, in part because of sentiment against private ownership. “With regulated assets, you enjoy the benefits of a regulated regime that lasts for five years, or whatever the period is. In return for that, our view has always been that’s a privilege. It’s great to have [more certainty] but you must then respect that and recognise you have a licence to operate with a huge responsibility to customers. That, in turn, means you’ve got to run the business more efficiently.”

Question of responsibility
“Unfortunately, there have been examples of monopoly-regulated businesses that haven’t respected that responsibility enough. And I don’t mean when something goes wrong, as sometimes that happens. I mean they just haven’t embraced the need to show their customers they’re being super-efficient.”

“There’s no question infrastructure has become a more attractive asset class, in Europe especially. It’s at the very big end where we’ve seen most return compression, but even in the mid-market there’s a lot of competition. [For us], that means two things: we’ve built relationships over time so we can do bilateral deals – 50 percent of our deals are bilateral now; and, on auctions, we’re very, very selective about what we go for.”

That dual approach forms part of First Sentier’s focus for 2020, the first calendar year with its new name and owner. The third aspect of its strategy will be to seek more platform businesses like Patriot Rail, which will enable the firm to build out its global open-ended fund and deploy EDIF II and III.

“Our business is always a work in progress and you’re only as good as your last year. We’ve had a couple of strong years for sure and, while I don’t know what’s going to happen next year, we’ve got a track record of delivering.”

opinion 23 hours ago
Added to your Saved Articles
Loading
Unsave Article
Please confirm you would like to remove this article from your saved articles.
Share with other subscribers
Only logged in subscribers of this site will be able to access the shared article.