A former executive director for Europe at IFM Investors has launched a new infrastructure firm, initially looking to acquire assets on a club deal-basis.

Frederic Michel-Verdier, who departed the Australian-headquartered manager after 11-and-a-half years in September, has launched Fair Market Value Capital Partners, which he says will be looking to acquire mid-sized infrastructure assets, initially in Europe. The firm will be targeting what he described as “core-plus assets in core markets” in Western Europe and “core assets in core-plus markets” such as Eastern Europe.

At IFM Michel-Verdier was responsible for relationship and partnership development in addition to origination and execution of deals. He told Infrastructure Investor he is hoping to use this proprietary sourcing experience to build a portfolio at Fair Market Value. He is also planning to recruit a network of senior advisors as well as operating partners to work directly on specific assets.

“There’s so much liquidity in the industry now that everyone is chasing very few deals. It becomes a bit of a cost of equity play,” he said. “The only way to effectively create value for investors is to have the right team on the ground to manage the assets.”

The new firm will be looking for assets with equity ticket sizes of €300 million to €500 million, largely within the energy, mobility, telecoms and water sectors, Michel-Verdier said. He added that each deal would require a maximum of about three or four investors on a club deal basis, with targeted gross returns in the mid-teens.

Michel-Verdier is eyeing a potential fundraising process once some seed assets have been acquired by the fund, although the initial focus will be on the club deal format.

“If it makes sense for the platform, maybe we will move into a fund,” he explained. “We have a permanent capital platform, we invest for the long-term. If we feel it’s better to move to a proper fund structure we will. If not, we will continue to do it this way.” 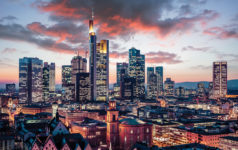