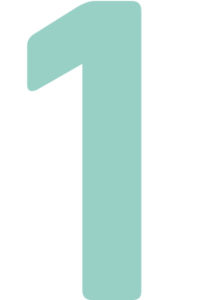 One week before Christmas 2003 and an announcement from the Canada Pension Plan Investment Board is released to probably little fanfare, given the timing. 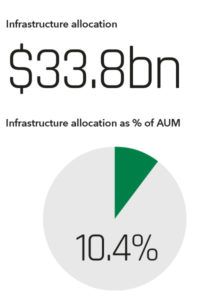 Some 17 years on and topping our Global Investor 50 – it also topped our inaugural GI 30 last year – CPPIB now owns more than $33 billion of infrastructure assets with offices beyond Toronto in London, São Paulo, Hong Kong, Sydney and Mumbai. It now allocates 10.4 percent of its portfolio to infrastructure and is predominantly a direct investor.

“We always want to be the largest or second-largest investor in the companies we invest in,” says Neil King, the managing director of infrastructure at CPPIB who is leading the fund in Europe and India.

“Our portfolio is focused on toll roads and has a material utilities component,” he adds, noting CPPIB has also been increasing its presence in the telecoms sector. “We’re not invested in airports and it’s not because we don’t like them. We have a view that the prices paid for airports in recent years are above the value we see in them. Regulated networks have been a good area for us but there have been trends in regulation which have reduced returns – to some extent, I think reasonably, but sometimes unreasonably.”

Given the ramifications of covid-19, there is a sense of relief from King that CPPIB is not an airport owner, though he remains optimistic on its toll roads’ recovery. “The advantage we have is we invest in infrastructure for the very long term and [that] allows us to deploy our capital to best effect. Our view of the crisis and the consequent economic weakness we will see across the world can be taken in that light. That has a small valuation impact [on our toll roads]. So, as long as life returns to normal over a sensible timeframe, then investing in the long term will still have value.”

CPPIB’s global expansion means it now has about 25 percent of its infrastructure portfolio in emerging markets, according to King, making it one of the largest infrastructure investors in this space. Last September, it added Indonesia, buying a 45 percent stake in the Cipali toll road. The move, he explains, was in line with the long-term view CPPIB takes of countries before investing.

“We’d been looking at Indonesia for more than three years. We think about rule of law, stability of economy and the political situation. Infrastructure does rely on macro and political stability to thrive. We took a similar amount of time with India and we got to Latin America before either of those two because it was closer to home for a North American institution.”

King insists CPPIB will, by and large, invest in what is classified as the core part of the market, based on the long-term characteristics of these assets. This is also in keeping with what he believes is the organisation’s wider role within the infrastructure sector.

“We are very focused on licence to operate. You have to deliver a great service and you have to deliver that at a fair price to the customer. If you do both of those things, you should be allowed to make a reasonable return on the capital you deployed. We probably have refined that view over the last five years and how incredibly important it is to preserve that licence. Some companies have lost their licence to operate and that is a really bad place to get to in infrastructure investment.”