“We’ve been thinking about continuity of the firm, literally since it was founded in 2007,” says Antin Infrastructure Partners COO Mélanie Biessy, who ran the IPO process. “We wanted to ensure that the second and third generation of partners would be in a stable position, and we needed to find a way to ensure we met our strategic aims.”

These included raising capital “to fund strong and ambitious growth plans, especially at a time when infrastructure is at the centre of most governments’ economic recovery plans post-covid”.

The IPO, which was launched on 23 September, accomplished that objective. Priced at €24 per share – the top of the pricing range – it raised €350 million in new capital, valuing the firm at €4.1 billion. It also gave Antin, at the time of writing, the distinction of launching the largest IPO on Euronext this year.

Deciding to publicly list the firm also helps Antin meet other strategic goals, which Biessy says include “attracting talent at all levels of the firm, ensuring that our independence is preserved, that our unique culture is protected and that there is continuity of leadership and future succession from within”. 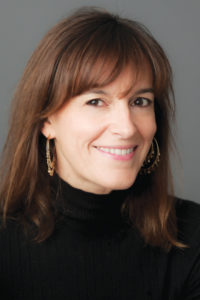 Although it is understandable that the firm would want to maintain its independence, it is less clear how that would be achieved through a public listing.

“The firm’s founders and partners still own 85 percent of the firm,” she explains. “Beyond that, there’s also a five-year lock-up period – as opposed to a standard one year – with a specific window allowing the founders, Alain Rauscher and Mark Crosbie, and the partners to potentially sell some shares in year three or year four.”

So how does Antin envision growing? According to a statement issued by its founders, “our growth strategy is based on four key pillars: scaling up of our flagship large-cap strategy; building on the success of our two recently launched new strategies: Mid Cap and NextGen; expanding into new geographies; and growing into new complementary strategies that leverage Antin’s core strengths”.

The first pillar, which describes the flagship strategy as large-cap, is interesting, considering Antin started out focused on the mid-market.

“We did indeed begin in the mid-market,” Biessy acknowledges. “Our first fund was €1.1 billion, and we were still focused on the mid-market with our second fund, which raised €2 billion.”

Like many of their peers, Antin’s successor vehicles kept growing in size, with Fund III reaching a first and final close on €3.6 billion in 2016 and Fund IV nearly doubling that to close on €6.5 billion last year.

2016
Investment in Inicea – network of psychiatric clinics in France

2013
Investment in Westerleigh, crematoria in UK

2007
Antin spins out of BNP Paribas

“Fund V will be bigger,” Biessy says, noting that the firm’s flagship strategy has evolved into the large-cap space.

However, the firm has also returned to its roots by launching Antin Infrastructure Partners Mid-Cap I, which within six months beat its original €1.5 billion target and closed on €2.2 billion in June.

A month later, Antin announced the acquisition of Pulsant, a data centre and computing infrastructure provider in the UK, through Mid-Cap I. In September, another acquisition was announced, of German railcar leasing company ERR.

“Clearly, this demonstrates that there are significant opportunities in the mid-cap segment that are being overlooked by bigger players and that’s why we launched this new fund,” Biessy says.

Another initiative launched this year is NextGen, a strategy announced in May for which the firm made a string of hires, including former French parliamentarian Nathalie Kosciusko-Morizet. Antin said at the time that the strategy would invest in the energy transition, environmental and green mobility, social infrastructure and the digital transition in Europe and North America.

Biessy describes the strategy as “forward-looking infrastructure”. “It’s not infra yet, but it’s adjacent to it.”

Speaking of adjacent, there are other strategies Antin may expand into. “A real estate/infra strategy is one we could consider in the medium term,” Biessy says, though she emphasis that there are currently no concrete plans to do so.

As for expanding into other geographies, no decisions have been made. The only definite plan is the opening of an office in Singapore by the end of the year. “The Singapore office will be an investor relations platform, so there will be no investment professionals moving there, for the time being at least,” Biessy says.

Looking at Antin’s recent success – an IPO that was oversubscribed, a new fund that beat its target and attracted new LPs – “for the time being” may not be for long.