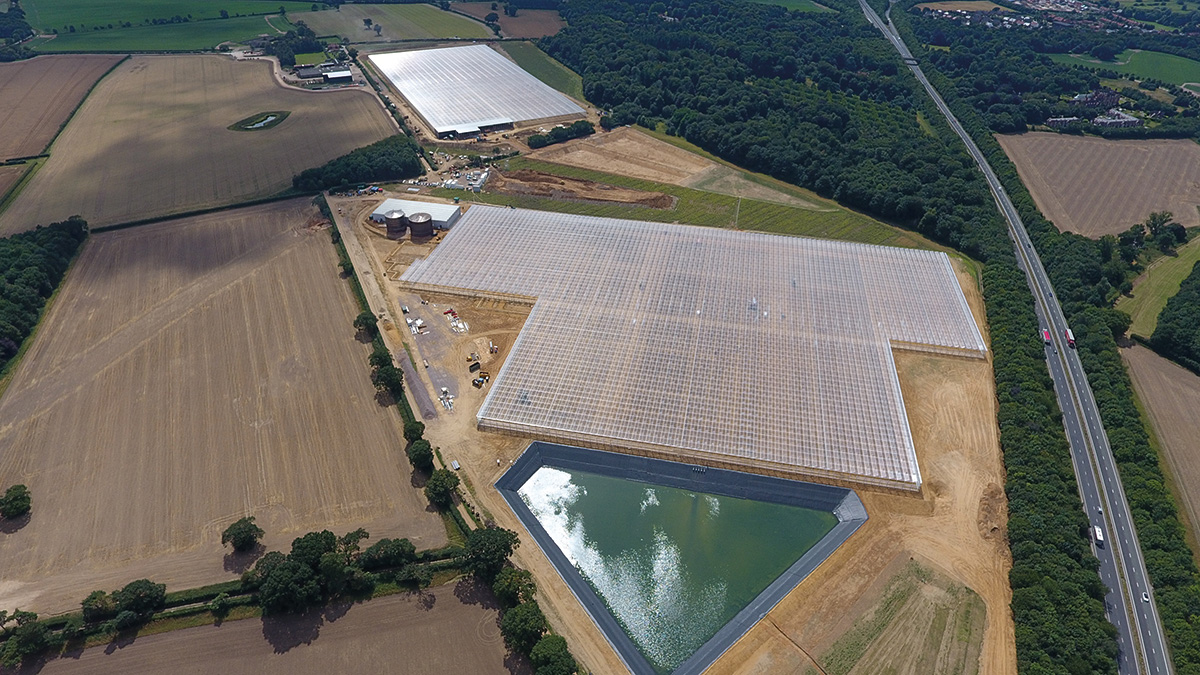 Home News & Analysis Deals How greenhouses can be infra investments

Vegetable farming might not seem an obvious industry for infrastructure investment, but Greencoat Capital has never been shy about entering new sectors or creating new investable opportunities. The same was true of renewables a decade ago, and today we are witnessing tens of billions of dollars being invested in generating assets in the UK alone, with more on the way.

Renewables are playing an increasing part in investors’ strategic allocations, given that they offer predictable income with inflation protection for yield-starved allocators trying to match their long-term liabilities. The deployment of private capital to meet emissions targets has been a huge success in the electricity sector, and it is pleasing to see renewables regularly displacing gas as the UK’s primary power source.

Elsewhere, change has been harder to effect, and the agriculture sector in particular has remained stubbornly difficult to decarbonise. Food is responsible for approximately 26 percent of global greenhouse gas emissions, and, of that, 27 percent comes from crop production. It takes an enormous amount of energy to put food on our tables.

Growing a tomato is more complex than it might initially appear. Year-round demand for fresh vegetables and an effective global market have placed a premium on efficiency. Most tomatoes consumed in Britain are grown in commercial-scale greenhouses, which normally use gas-fired boilers or combined heat and power in addition to solar radiation to reach optimal temperatures.

These greenhouses tend to be in warm climates where temperature and light can be most cheaply optimised for growth. But even in southern Europe, ideal temperatures can only be reached with significant artificial heating and the attendant carbon emissions. The other major supply market is the not-so-sunny Netherlands, where cheap gas drives most of the year-round heat requirement. Most consumers do not realise that their winter tomatoes were almost certainly grown with central heating. And wherever they are grown, they are likely to have travelled a long way to get to where they are consumed.

Based in Suffolk and Norfolk in the east of England, our two under-construction commercial greenhouses will be among the largest in the UK. Each will have a larger physical footprint than the O2 Arena in London and, together, they will be capable of growing more than 12 percent of the UK’s tomato crop. They will also be the greenest greenhouses thanks to an innovative solution for their heating, which reduces the associated carbon emissions by 75 percent compared with most UK-grown tomatoes.

The secret? Sewage. The greenhouses use heat generated by Anglian Water’s nearby wastewater treatment facilities. This heat would otherwise have gone to waste. Instead, the residual heat in the cleaned wastewater is transferred by heat exchangers into a closed-loop system that connects to the energy centres at the greenhouses 2.5km away; in turn, this process slightly cools the clean wastewater before it enters the river system. The closed-loop system transfers the relatively warm water to a series of large heat pumps in the energy centres – the largest heat pump installations in Europe – that extract the energy and upgrade it to 50 degrees Celsius, which is sufficient to heat the greenhouses.

The greenhouses will provide ideal growing conditions for a range of crops requiring a high-heat and relatively low-light environment. Plants in the greenhouse will be grown hydroponically from nutrient-rich water solutions instead of using soil. Careful management reduces the water requirement by 75 percent, making the greenhouses largely self-sufficient from rainwater captured from the roofs.

The new greenhouses also make use of artificial intelligence for maximum efficiency. The vents are controlled by computers linked to the UK’s Met Office and will adjust for wind direction, sun and rain. Water is captured on the roof and directed towards the plants, while intelligent screens limit the need for pesticides. These greenhouses are at the cutting edge of UK agriculture.

Greencoat has invested £120 million ($156 million; €132 million) into greenhouses on behalf of its pension fund clients, all of which are major UK schemes. The reason we were comfortable with this sort of uncharacteristic investment (away from biomass, solar and wind) is that, in addition to being the UK’s greenest greenhouses, our sites are also the most commercially competitive. Due to the cost-effective use of waste heat – and subsidy support from the government’s Renewable Heat Incentive scheme for the deployment of renewable heat technologies – the greenhouses should be among the most competitive in the UK during their expected 40-year lifespans.

Although rental income from our grower tenants might not normally be considered sufficiently robust for infrastructure investments, Greencoat studied the underlying grower market and its dynamics in detail to quantify the risks. The driver for high-quality, indigenous, low-carbon food sources all gave the confidence to underwrite the revenues, with the presence of the underlying RHI payments combining to create an attractive risk-adjusted return.

The trend towards environmental, social and governance investing has also made these investments attractive. Although Greencoat’s approach and offerings are only ever led by financial returns, we are proud to be operating in sectors that benefit the environment and society, and our pension fund clients certainly appreciate this extra dynamic.

While the extension of the government’s RHI scheme has opened the possibility of further such projects, the current, reduced subsidy level might not be sufficient to build out further greenhouses using this model. That said, there are two interesting developments within heat and agriculture that could lead to a wider deployment of sustainable greenhouses.

The first is within district heating networks – distributed systems of insulated pipes that take heat from either a single source or multiple sources and deliver it to domestic and commercial buildings, rather than using conventional onsite central heating. Greenhouses are a useful addition to these networks as they can make good use of ‘low-grade’ heat – residual warmth at the end of the heating loop which is not at a high enough temperature for use in other buildings. There are more than 5,500 district heat networks in the UK. Although most are not suitable for commercial scale greenhouses, we are looking at the feasibility of using that waste heat for future projects.

It is also possible to imagine the build-out of large-scale ambient temperature heating networks whose energy is recovered from sewage treatment works in the same way as for these greenhouses. The old adage of ‘where there’s muck there’s brass’ might come to pass as a way of decarbonising heating of the UK’s homes and offices.

The second development is in lit greenhouses: using artificial light to supplement natural light and optimise growth. Plants require a diurnal cycle to develop properly, but by reducing the daily period of darkness to two hours, growth can be further accelerated.

The high cost of large-scale LED lighting was an inhibiting factor, but financing progress from LED vendors is helping to make the technologies economically viable. The problem is the economic and carbon cost associated with powering the lights, which can require as much as 1 MW per hectare. In a potential future of low-cost clean energy, these technologies look attractive.

Regardless of the direction of progress, Greencoat expects that it and its investors will be at the forefront of these infrastructure opportunities.