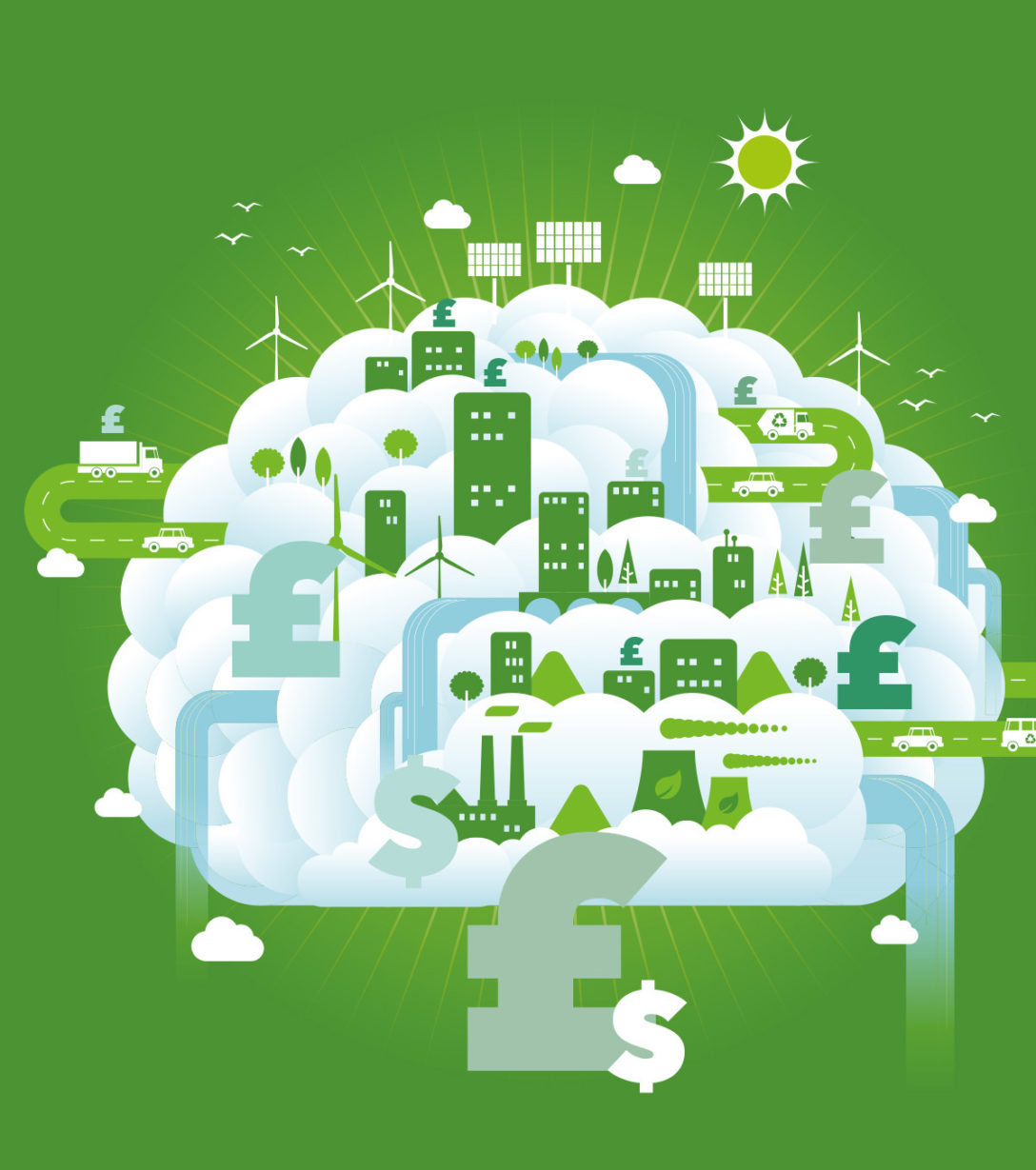 Infrastructure is not the first thing that comes to mind when thinking about cutting-edge technology, such as artificial intelligence, big data or blockchain. Or as one fund manager, who asked to remain anonymous, puts it: “Infrastructure companies have been notoriously bad at supporting R&D and innovation.”

The fund manager is not alone in that observation.

“There’s probably no other similarly capital-intensive sector that may be so underinvested in terms of technology,” states Tibor Schwartz, a senior advisor, asset management, at Brisbane-headquartered QIC.

AMP Capital’s global head of infrastructure equity Boe Pahari offers the following explanation: “When global connectivity is not key to your operating model, when your business is based very much on physical, capital-intensive assets that are monopolistic by nature, it doesn’t really lend itself to a huge amount of evolution, let alone revolution, around automation ordinarily.”

However, Pahari believes things are beginning to change. “Suddenly, you see the emergence of a tech disruption that you need to take advantage of,” he says. “So how do you connect the physical world to the virtual world?”

The first step, according to Pahari, is changing how a firm thinks – both at the GP-level as well as at the portfolio level.

To that end, in March 2019, the Australian fund manager hired Tom Preising, former global operations business director at Apple. The firm said at the time that Preising’s appointment was part of its efforts “to harness infotech to streamline and enhance the operations of its global infrastructure assets”.

“But one person isn’t enough,” Pahari says. “We’re also hiring companies in different parts of the world, specifically to look at how we can find the best-in-class in each of these areas and how we can vet them and how we can connect them with our portfolio organisations.”

QIC has followed a similar path. In January 2017, it hired Schwartz, who has nearly three decades’ experience in telecoms, R&D and product development. Part of his role is to identify areas where QIC’s portfolio companies have room to improve and bring in new technology and more innovation.

“It’s about understanding the disruption and where we need to be on the look-out,” Schwartz says. Referring to McKinsey’s strategy framework, which categorises a company’s goals into three stages – maintaining, expanding and re-creating a business, the latter by introducing entirely new elements – he adds: “We need to be considering not just Horizon 1 innovation in existing operations, but also Horizon 2 and Horizon 3 innovation where we have potentially some disruptive technology aspect that we need to be on top of.”

Schwartz communicates regularly with a point person from each of the firm’s portfolio companies.

“Each asset has a dedicated asset manager at QIC and that person has in-depth knowledge of everything strategic to that specific asset,” he says. “I work across the portfolio to give them a greater depth of understanding of technology implications and technology options.”

In addition to working with its own portfolio companies, QIC partners with universities and research organisations. One such partnership focuses on the development of sensors to better monitor ports’ assets rather than sending divers to inspect the underwater structures.

“If we don’t work with them and we don’t help them define what the best economic solution is, what the operating parameters are that can replace what is today done by humans, these technological solutions might take a lot longer to come to market and may no longer be fit for purpose by then,” he says. “Infrastructure operators have a vital interest to stimulate innovation by actively collaborating with infratech developers and start-ups.”

The firm has built up an extensive network – now in the hundreds, according to Schwartz – of companies developing technology specific to infrastructure.

Ardian also aims to build partnerships with innovative companies. “We might not be their next investors, but our portfolio assets can be their next partner or their next client,” says Pauline Thomson, senior investment manager at the Paris-based firm. “At the infrastructure fund level, once we see a proven technology with a good track record, it becomes part of our value-added strategy to identify what technology will be relevant for a particular asset. And infrastructure assets are becoming increasingly hybrid assets combining physical and digital capabilities.”

“Suddenly, you see the emergence of a tech disruption that you need to take advantage of” Boe Pahari, AMP Capital

Examples of that combination in Ardian’s case include Indigo, the car park operator in which it held a 49 percent stake until last September when it sold it to Mirova and MEAG; and Portuguese toll road operator Ascendi.

“This was quite a transformative project for Ascendi,” Thomson explains. “It changes the way they approach maintenance needs with road sensors that provide real-time information to teams on the ground.”

However, the technological tools that Ardian’s portfolio companies need are usually financed by the companies themselves.

“At the investment team level, we also try to incorporate new data science tools,” says Thomson. “We recently hired a data scientist as part of the team, because we now realise that if we want to really be competitive in that field, it’s a question of skills. We need new skills that are maybe not what a typical infrastructure investment team used to have.”
Nevertheless, she emphasises that Ardian’s investment strategy, of focusing on core infrastructure, remains the same.

“Investing in new technologies is part of the new capex that our infrastructure assets have to take into account,” she says. “For us, the goal when we invest in technology and when we support our assets’ investment in technology is to make sure they are still resilient when we exit, and making sure that they are still relevant in 10 or 20 years’ time.”

Matt Morgan, who spent seven years as a venture capitalist at QIC before launching Infratech Growth Partners, puts it more bluntly: “I think the biggest driver for infrastructure investors’ interest in infratech solutions is the fear of an illiquid asset that is underperforming or, even worse, ending up with a stranded asset.”

Who will finance the infratech revolution?

“The skills required to grow an infratech company are quite different from those needed to grow and operate a traditional infrastructure company,” says a fund manager who asked to remain anonymous. “So, the different elements of venture capital and private equity probably still differentiate in the ownership to do that.”

We asked the founder of one such company where his funding came from. “Initially, we were able to get C$2.1 million (€1.4 million; $1.5 million) in angel funding,” says Gareth Brown, who founded Clir Renewables in 2017. “We then leveraged that to get some R&D grants here in Canada of around C$3 million and then we were able to get that kind of rapid growth that attracted venture capital.”

ArcTern Ventures backed the Vancouver-based company, which has developed a software platform that uses machine learning algorithms to categorise and quantify areas of underperformance across wind assets. The Toronto-based venture capital firm, which specialises in cleantech, led Clir’s Series A financing round, which closed on C$7.1 million. In January, the firm closed its second fund on C$200 million, securing commitments from the likes of OMERS and another “leading Canadian pension fund”, which it has not named. Both institutions had also invested in ArcTern Ventures Fund I.

According to Brown, who spent more than a decade working as a consultant in the renewables sector, many institutions that invest in infrastructure are also investing in infratech, but through their VC arms. A good example is Sidewalk Infrastructure Partners, an investment firm launched last August by Google’s parent company, Alphabet. One of the firm’s backers is the Ontario Teachers’ Pension Plan, which invested in SIP through its venture and growth-equity focused Teachers’ Innovation Platform.

“There’s so much money looking for a home that all these infrastructure investors are looking for an edge on their investments, so they are setting up their own VC activities or investing in other VCs as LPs,” Brown says.

Matt Morgan of Infratech Growth Partners, which is currently raising its first fund, says institutional investors realise the importance of infratech “and recognise that someone needs to do something in this space, but they don’t yet know how”.

The Australia-based firm will focus on growth equity opportunities rather than venture-type start-ups, which pose greater technology risks.

“I think a lot of the tech that will initially get adopted by infrastructure asset owners and managers will not be revolutionary, but evolutionary,” Morgan says. “Operational cost savings and extensions in asset life will be delivered via managed solutions that generate valuable business insights through the use of innovative artificial intelligence, but with proven lower risk hardware technologies.”

Paris-based InfraVia Capital Partners is also looking to tap into infratech. Last October, it expanded its strategy with the launch of the InfraVia Growth Fund and hired three new team members with backgrounds in growth equity and venture capital. The vehicle, which has a target of €300 million, will invest in leading tech companies operating in mobility, logistics, telecoms, utilities, health and energy.

Is there an in-between way, perhaps? AMP Capital may not be planning the launch of a growth strategy, but in hiring and working with tech companies, “it’s inevitable we’ll find companies we should probably invest in because they’re so adjacent to our sector”, Pahari says.

Asked whether AMP Capital would invest through its infrastructure platform, he replies: “We’re an early mover, not a first mover. We will continue to look at how we move early but not first in various areas, including infratech.”

Whether the firm would do that through a different platform, or through its global infrastructure platform, “really depends on the scale, size of the asset, the relative stability – all these things that lend themselves to the infrastructure thematics we’re looking for,” says Pahari, referring to long-term annuity cashflows and capital-intensive assets with monopolistic characteristics that are essential to urban living and that provide inflation protection.

The Australian firm also would not be opposed to hiring VC talent, if necessary. “In terms of attracting the kind of talent that would be suited to venture capital activity that we could bring in to augment our position and our thought leadership and then create a consciousness throughout the organisation about these issues, we’re certainly open to that and continue to look and survey the landscape for talent in these areas,” Pahari says.

But it’s not just about hiring: “It’s about embedding or injecting talent and ideas that become all pervasive throughout our business, throughout our own management team and then across our portfolio companies, so that everybody is thinking infratech.”