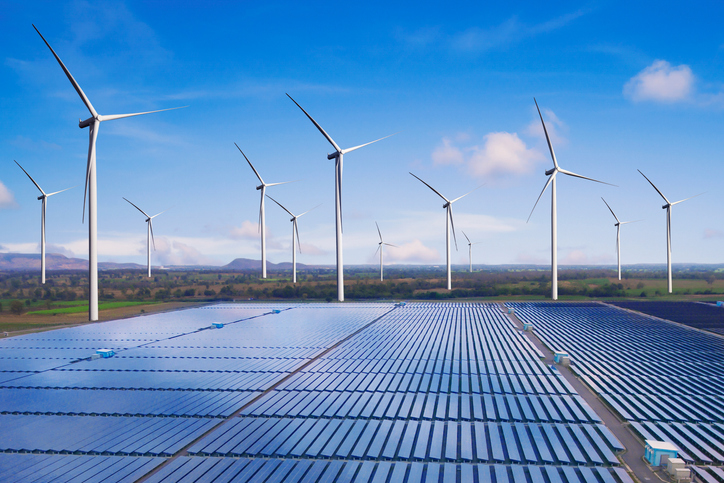 Quinbrook Infrastructure Partners acquired 100 percent equity in Scout Clean Energy when it was a startup in 2017, for $6 million out of its Low Carbon Power fund. Five years and $470 million of additional capital later, the asset manager sold the renewables developer to Brookfield Asset Management for $1 billion in late September.

That’s over a 2x return on investment for the $1.6 billion fund, generating an IRR in high double-digits, Infrastructure Investor understands. Its willing buyer was the $15 billion Brookfield Global Transition Fund, which became the world’s largest energy transition fund this past summer.

And that five-year period was full of great timing, for both the initial acquisition and the eventual sale. Speaking on the decision to provide seed capital, Scaysbrook explained: “Back then, the production tax credit for wind had a very short runway, and it was expiring. So we said, ‘You know what? This is probably your last opportunity to build a new entrant in onshore wind development in the US. And we could take these initial sites and use that as a bit of a platform and see how we go.’ And so that’s what we did.”

And when it was time to cash out, halfway through the sales process came the landmark Inflation Reduction Act, which not only renewed the PTC, but gave it a 10-year certainty it had never had before.

“We got a range of bids for the business over both the indicative period before the IRA was confirmed and then after. I think overall the IRA made the final bidders, including Brookfield, more interested in the build-out. If anything, it just increased appetite for the value of the future capital deployment and it gave more value to the different elements within the Scout portfolio,” Scaysbrook divulged.

The evolution of the solar market also played nicely into Quinbrook’s favour. By 2020, Scout was breakeven, and diversifying not just in wind but into solar and battery storage. At the same time, the market was seeing big ticket acquisitions of other independent wind developers, with Ares buying Apex Clean Energy, Energy Capital Partners concluding a $1.2 billion continuation fund for Terragen and a few other patent energy projects selling to Canadian pension funds. Scout was one of the last independent wind developers or renewables developers left on the market.

The same couldn’t be said on the buy side. “The amount of buyers that you’re seeing in the renewables and energy infrastructure space has grown hugely”, Scaysbrook explained. “The competition for Scout included sovereign wealth funds, pension funds, oil strategics, oil majors, infrastructure fund managers. And obviously, Brookfield ultimately took out the price. But once upon a time, you wouldn’t have such a diverse group of buyers lined up for something like Scout. And so all of those things really encouraged us that this was the right time for us to pursue an exit and achieve a good valuation for the business.”

Peering into the crystal ball

What does Scaysbrook, then, see for the renewables market moving forward? He calls back on the IRA.

“One thing that the IRA doesn’t do is change the tax equity financing landscape very much, which currently is not universally available to all developers in the market. So that might give the scale players like Quinbrook and Brookfield an advantage.”

He continued: “I think you’ll see as we go forward a lot more managers developing more niche strategies or more special strategies within the energy transition. And most of these are all new business models. And so you’ll naturally see more investment going in from established managers into earlier-stage life cycles.”

For Quinbrook, that specialisation won’t be in onshore wind or solar in the US. “We see onshore wind as being now largely a consolidation play. And there are a lot more players in the solar landscape. It’s a relatively low barrier entry business,” Scaysbrook explained.

“Quinbrook is focusing very much on solar and storage combined, so hybrid solar and storage as more of specialty and also how we are teaming our projects directly with demand”, he explained. “We’re also specialising in supply side developments, particularly in our green data center strategies; that’s where we’re far more focused on development with a view to a particular customer being the offtake party.”

Indeed, the transition towards specialisation has been months in the making, with the firm bringing on John Lucas from Amazon Web Services this past spring to lead its green data centre strategy. The manager is also in market with its Quinbrook Infrastructure Partners III – Net Zero Power Fund, having raised about half of its $2 billion target in the summer.