Infrastructure Investor
Home News & Analysis ‘If it was easy, everybody could do it’ – the CEE renewables...
Return to search 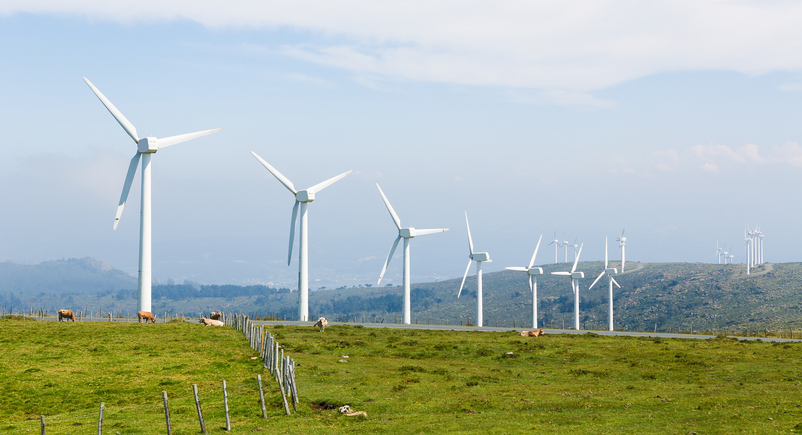 To boldly go where few renewables investors have gone before, one need only venture across the border from Greece, Austria and Germany into Central and Eastern Europe – a region where power is mainly generated using coal, nuclear fission and water.

Wind-generated electricity covers 11 percent of the demand at best, and as there is the political will to increase the amount of renewable generation, CEE is ripe for development with regard to wind and solar.

Eleven of the region’s countries are members of the EU, which has made the reduction of emissions by at least 55 percent by 2030 a legal obligation. The reduction is measured compared with 1990 levels of emissions.

The EU’s ‘Fit for 55’ agenda assumes a sizeable increase in renewables capacity, which was expanded following the Russian invasion of Ukraine. The demand is now that 45 percent of the energy consumed should be produced by renewable generation by 2030. This is estimated to include the addition of 600GW of photovoltaic capacity by 2030 and requires 39GW of wind capacity to be added to the EU’s electrical grid every year until 2030.

As countries such as Poland, Bulgaria, Estonia and the Czech Republic rely heavily on coal, any renewable addition to the grid would have an immediate effect on emissions. And any addition to the grid anywhere in the wider region would reduce the overall need for Russian imports of coal and gas.

“The way that investors are viewing it, the case for energy security in CEE countries hasn’t ever been stronger. There is a kind of collective recognition that the economies need to get rid of Russian gas and the fastest way of doing that is with onshore wind and PV solar,” Kai Rintala, managing director of asset manager Taaleri Energia tells Infrastructure Investor.

On top of these basic renewables demand drivers, there is a growing demand from industrial consumers:

“Aluminium companies, breweries and automotive factories are driven by the need to decarbonise their production or risk losing their supply contracts. If a country like Romania does not provide a source of renewable energy, then manufacturing companies such as large automotives might have to move their factories into locations that can provide sustainable energy,” says Jim Campion, chief executive of Actis-owned developer Rezolv Energy.

So why aren’t investors falling over each other to take advantage of the opportunities?

To answer that, it makes sense to start by taking a look at Poland, the region’s renewables champion, which hosts more wind – and sees more foreign direct investment – than anywhere else in CEE, and should see another 3.5GW of onshore wind added by 2026 to reach 9.8GW.

With plenty of coal in the ground, it’s not surprising this has been and still is Poland’s primary energy source. However, the advent of the EU’s emissions trading scheme – and perhaps the appalling air quality in winter – has caused coal-powered generation to lose its allure, leaving Poland to actively court renewables.

Lately, the focus has shifted to offshore wind developments, possibly to the detriment of the onshore opportunities that have faced still harsher restrictions.

Still, for cautious investors seeking a taste of CEE, Poland has long been the place to be.

“The fundamentals of the Polish market were, I think, some of the strongest that we’ve come across with the large amount of coal in the energy mix forcing a structurally very high power price,” explains Hamish Lea-Wilson, partner at Igneo Infrastructure Partners. “There may be some bumps in the road with policy and teething problems, but if you take experience from Portugal and apply it to Poland, there’s a lot to be done. There’s a huge investment opportunity and I think a big opportunity to make some good returns.”

The investment case is currently hampered by the same supply chain issues and interest rate hikes that affect developments everywhere else. And by competition.

“The Polish base rates were elevated far before the rest of Europe. When we started looking, base rates were maybe 2 percent. By the time we were about to sign a deal, the cost of debt was 8 percent, all in,” says Lea-Wilson. “Basically, it has to be all equity, which is fine if you’re a slightly larger fund like us. And it takes out some of the volatility because if it’s all equity, you can get a good yield coming back. However, it does constrain the amount of capital going in.” He sees 200 to 300 basis points of additional risk in the Polish market compared with more developed Western European markets.

It is difficult to get the balance right between getting the premium for taking a chance on a developing market and paying the price when that market begins to mature.

“Five years ago, everyone thought of Poland the way they thought of the rest of Eastern Europe, but increased competition has westernised it in terms of pricing, and returns have come down dramatically,” says Rintala.

But difficulty finding the sweet spot is not the only thing holding investments back at the moment. The real difficulty is in finding a spot where you can connect to the grid.

“In Poland, the procedure for getting permits is somehow straightforward, but it is difficult to get access to the grid,” says Johannes Thon, head of projects for CEE at developer European Energy.

This is a problem Poland shares with the rest of the countries in the region.

“The key constraint is the grid,” argues Rintala. “There isn’t an easy country [in CEE] when it comes to the grid. There are countries where it is extremely unclear who decides on the grid. In some places, the grid is already full and there will be some saying that more wind power will increase the instability, so let’s not connect more. It comes down to political will.”

Our interviewees’ complaints about the grid range from irritation that state-owned companies are given preference, to deep annoyance that in countries such as Bulgaria anyone can get a permit but this does not secure an actual connection. And there is widely shared agreement that the system is clogged and far too slow.

The problems with the grid are so constricting that the current issue with temporary price-caps on renewable generation pales in significance. On the upside, the various national transmission system operators are aware of the problems, and this may present an opportunity to invest in the upgrading of the region’s grids.

“We are in discussions with TSOs [transmission system operators] and distribution companies regarding potential partnership and investments into the grids as investments are needed to upgrade the grids for new connections,” says Jaroslava Korpanec, partner and head of CEE at Actis.

Expanding the electricity grids is not only of national importance; a better-connected Europe could do much to balance the grids across the continent’s three time zones and hence cater to the variations in demand peaks. With better connections, generation and demand would not need to be geographically matched.

“There are strong advantages to being interconnected. A country such as Bulgaria could be developed as a PV hub and send electricity across the border into Romania or as far away as Germany.” Korpanec says. “The focus has to be on the upgrade of the grid and on fully utilising existing interconnectors. The European market should be viewed as one market in terms of energy and electricity trading, and it should have hubs in those places where electricity generation is most efficient,” she adds.

Still, Korpanec is hopeful: “It is my understanding that these pan-European discussions are happening at the Brussels level, and I think it would be a very exciting time for financial investors to be invited into these discussions.”

Grid connection problems aside, would-be CEE investors need to factor in a few additional considerations. One is to partner with the right people.

“You need a big team on the ground, you need a lot of connections. We have a local partner in Estonia and having that local partnership, someone who is very well connected, provides us with confidence. I don’t think we’d be doing what we’re doing without that local partner,” says Igneo’s Lea-Wilson.

Another is to manage risk.

“For us, the CEE region offers the best risk-adjusted returns in Europe. Working only with top-tier equipment suppliers and through commercial offtake contracts with the likes of Axpo and Statkraft – as well as financing from commercial European banks, DFIs and IFIs – we are replacing country risk with counterparty risk,” says Taaleri Energia’s Rintala.

Central to the discussion of contracts is what the newly imposed revenue caps will do to the power-purchase agreement market. But at least this is a pain shared somewhat with investors in Western European countries, as this is an EU-wide issue.

It’s the specificities of CEE investing – such as access to the grid and the competition for it – that must be understood, and there may be countries that are not for everyone.

“Our investors don’t feel comfortable about Romania or Bulgaria as those countries are probably not as transparent as other regions about who gets the grid capacity, who gets the licences and permits. We are at the lower-risk end of the infrastructure space, and if we’re going into a riskier geography, then we’ll tend to focus on a less risky proposition,” says Lea-Wilson.

Finally, don’t come to CEE hoping for a cheap ride other than through scaling up.

“The hard costs don’t differ significantly whether you’re building in Spain or Romania or the UK. The soft costs do differ to a certain degree. The labour cost is lower, but that will change over time,” says Campion, who is developing 1GW of PV in Romania. “I think we can do the operation and management of these projects at a lower cost per MW hour equivalent than if were they in Germany, for example, but the main win here for the levelised cost is the large scale of the project.”

Despite the headwinds, those already present in the region were optimistic and insistent on staying the course.

“As one of the leading investors in utility-scale wind and solar plants in the CEE region, we firmly believe in the opportunity. The region can be characterised by a high dependency on coal, lignite and Russian gas, and low penetration of wind and solar generation. This will change, and the risk-adjusted returns are very attractive for serious players,” says Stephen Ross, head of investor relations at Taaleri Energia.

“Actis wants to play a key role in the energy transition story in CEE,” says Korpanec, adding the manager is looking at projects across the region in Romania, Bulgaria, Czech Republic, Slovakia, the Balkans and the republics of former Yugoslavia.

Igneo’s Lea-Wilson is also on the hunt for more investment opportunities: “We will look to put more money into growing our Estonia wind development platform. And hopefully by the end of the year, or maybe next year, we’ll be announcing a large acquisition in the broader region, and we will use that to develop more renewables across the region.”

With subsidies no longer a necessary part of the equation, the future of CEE renewables development is market-based, demand-driven and complicated.

In the words of Thon: “As a developer, you need to be persistent. CEE is complex – if it was easy, then everybody could do it.”