No value was disclosed for the transaction, but reports place it at more than $3 billion, including debt. The deal is expected to close in the first quarter of 2016.

The auction, which came as institutional investor appetite for mature assets reached new peaks Down Under, was hotly contested. State Power is said to have emerged as the winner among a pool of 10 contenders because it was the only one to bid for the whole portfolio.

State Power couldn’t be reached for comment, while IFM didn’t respond to a request for comment before press time.

Formed of 19 hydro power plants and wind farms in Chile, Australia and Brazil, Pacific Hydro has a generating capacity of 900 megawatts. It is also working on a significant pipeline of greenfield projects, IFM said in a statement.

Pacific Hydro got caught in the headwinds of regulatory changes last year, with a revision of Australia’s renewable energy target scheme creating policy uncertainty about the sector. Along with lower-than-expected energy demand, this prompted IFM to post an A$685 million (€451 million; $493 million) write-down on the asset in October.

The deal could now face fresh political scrutiny after the A$506 million sale of Port of Darwin to China-owned Landbridge elicited heated reactions among the opposition and US lawmakers on national security grounds.

State Power, the result of a merger between China Power Investment Corporation and State Nuclear Power Technology Corporation, has assets of $113 billion and a total installed capacity of more than 100 gigawatts. 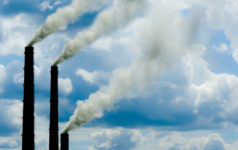