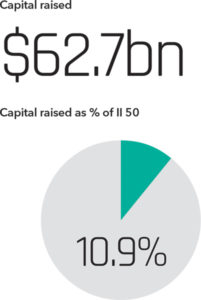 Founded in 2006, GIP is easily one of the industry’s premier independent GPs, well-known for the size of its flagship global funds and its value-add expertise. At the time of writing, the New-York-based manager runs the largest unlisted closed-end infrastructure fund in the world – Global Infrastructure Partners IV, which closed last year on a whopping $22 billion. The firm invests predominantly across the OECD countries in energy, transport, and water and waste infrastructure through large-scale industrial partnerships. 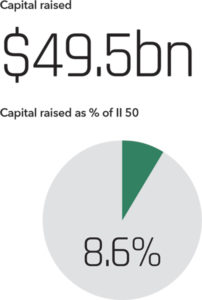 Investing in infrastructure since 2005, Brookfield brings the full might of its 120 years of investment experience to owning and operating assets across the utilities, transport, energy and data infrastructure sectors. Much like GIP, it stands out for the size of its flagship global funds, having this year closed the second-largest unlisted infrastructure vehicle ever raised – the $20 billion Brookfield Infrastructure Fund IV. Employing more than 180 professionals, its infrastructure unit has its eyes set on the new economy, with 40 percent of BIF IV targeting renewables and digital infrastructure. 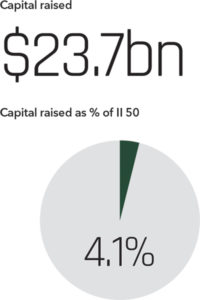 It’s been quite a journey for Stonepeak. Having only been formed in 2011 by ex-Blackstone pair Michael Dorrell and Trent Vichie, it wasn’t until 2013 when the firm’s maiden fund closed on $1.65 billion. To come fourth in our ranking in 2020, ahead of established asset managers, is quite a feat. Stonepeak does not sit still, though. Now raising its fourth equity fund after collecting $7.2 billion for its third effort, the firm is also raising a global renewables vehicle, having already expanded into debt. Stonepeak has yet to peak, then. 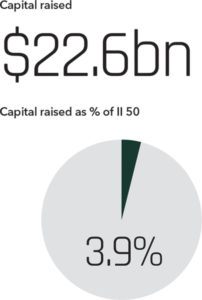 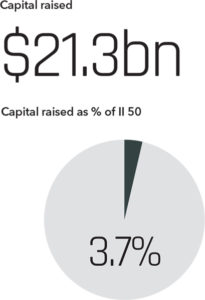 As well as launching a new renewables platform with Trafigura, IFM has continued its public disclosure of emission reduction targets for its Australian assets. The firm has reported on progress made and wants to expand this to its global portfolio. 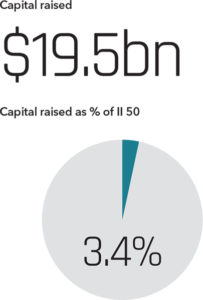 AMP Capital has spent 30 years investing in infrastructure, making it one of the most experienced managers in the business. The Australian manager says its equity strategy is to source mid-market investments and apply private equity discipline to maximise value and drive returns. As of 31 December 2019, it had invested in 40 portfolio companies across 10 geographies. Its latest global equity vehicle – Global Infrastructure Fund II – amassed $3.4 billion backed by more than 60 LPs. Counting 100 professionals across debt and equity, AMP Capital targets investments in energy, power, transport, utilities, airports, seaports, communications infrastructure, social infrastructure, aged care and more. 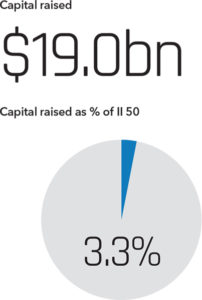 Investing in infrastructure since 2008 when it launched its first fund dedicated to the asset class, the Stockholm-based private equity firm has raised $19 billion across four vehicles, the latest being EQT Infrastructure IV, which closed in March 2019 on €9.1 billion. The firm prides itself on its network of industry specialists, which provide the knowledge and experience to manage assets across the sub-sectors in which it invests: energy, telecoms and social infrastructure. Its team of more than 60 investment advisors are located across Europe, North America and Asia-Pacific – all regions the firm targets. EQT has already begun raising for Fund V, which is targeting €12.5 billion. 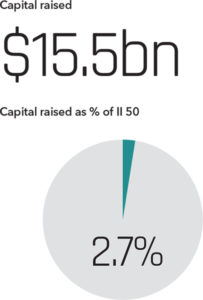 It has been just over a year since Colonial First State Global Asset Management rebranded as First Sentier Investors following its split from previous owner Commonwealth Bank of Australia. Under the ownership of Japanese bank Mitsubishi UFJ Trust & Banking Corporation, the Sydney-headquartered GP has continued to raise capital for the third edition of its European Diversified Infrastructure Fund series, while expanding its focus to the North American market.

It has also continued to raise capital for its open-end Global Diversified Infrastructure Fund, having done its first deals in the US through that vehicle in 2019. The firm has said there will be a continued focus on core assets, especially those in regulated sectors occupying monopoly positions. 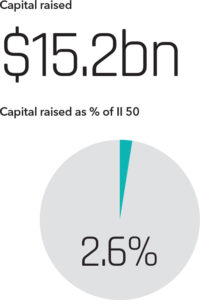 BlackRock has cemented its 10th place with $15.2 billion and this is in no small part down to the $5.1 billion close of its Global Energy & Power Infrastructure Fund III in April. That vehicle was the latest in a series acquired by BlackRock in its 2017 takeover of First Reserve’s energy and infrastructure business. The manager is also more than halfway to the $2.5 billion target for its third global renewables fund. Energy, and especially renewables, makes up a significant part of BlackRock’s infrastructure strategy. The firm has said infrastructure is its “most underserved alternative”, so stay tuned for more – and don’t be surprised if it rockets up the top 10 in the years to come.

If you want more information about how we compile our ranking, click here for our methodology.