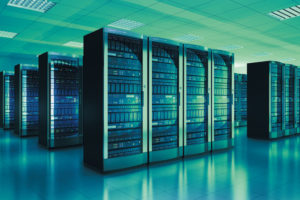 His pick was Marc Ganzi, a telecoms mogul and polo player who had a brief stint as a real estate developer in the 1990s. The appointment was announced at the same time as Colony’s $325 million acquisition of Ganzi’s firm, Digital Bridge, a digital infrastructure owner and manager based in Boca Raton, Florida.

In an August earnings call, Barrack summed up both moves: “We’re going to simplify the business. We are going to turn to digital.”

He added: “We see more growth and more total return in the data and digital business … And that’s what we’re going to point all of our silos towards as we move out of those businesses in which we don’t have an edge and which we can’t scale. We want to be the top three or four in every business that we’re in.”

The strategy – which Barrack has called “the most compelling investment opportunity we see today” – represents Colony’s biggest fundraising success, the fund having closed a vehicle for it on $4.05 billion in June. Digital Colony Partners is a digital infrastructure fund focused on investments in macro towers; small, cell-distributed antenna systems; and data centres and fibre. The fund, in which Colony and Digital Bridge were joint venture partners, had an original target of $3 billion.

Colony managed to pull off the fundraise during a period of corporate turmoil for the firm, resulting from a three-way merger with NorthStar Realty Finance and NorthStar Asset Management in 2017, a deal Barrack himself has called “a nightmare”. The past year alone was marked by four consecutive quarters of losses, a stock price remaining at near-historic lows, the firing of chief executive Richard Saltzman and plans to cut its global workforce by 15 percent. Meanwhile, Barrack has come under increasing scrutiny for both his relationship with Trump and longstanding business ties in the Middle East.

Sister publication PERE spoke with a dozen sources – half of whom were investors and consultants – to learn how Colony has been able to raise billions of dollars, even during turbulent times and despite prior high-profile mistakes.

Executives familiar with Colony’s fundraising say the firm’s ability to achieve a successful fundraise with Digital Colony Partners in spite of the negative headlines was due to Digital Bridge’s involvement with the fund. “Digital Colony investors were less concerned about Colony because Colony wasn’t the whole show,” says one executive. “So, you’re not really fully relying on Colony and therefore the turmoil was not as important.”

According to minutes from the South Carolina Retirement System’s April 2018 investment commission meeting, Digital Bridge will be primarily responsible for investment management for the fund, while Colony assisted with fundraising and will provide back-office functions such as compliance.

And although Colony and Digital Bridge did not announce the final close of Digital Colony Partners until June, the capital was already raised by last autumn – before the firm went public with its corporate restructuring. During the firm’s third-quarter 2018 earnings call in November, Barrack revealed $3.75 billion of outside capital had been raised alongside the firm’s own $250 million general partner commitment. It was during this call that the firm announced Saltzman’s departure, other senior management reshuffling and the staffing cuts.

Most of the capital for Digital Colony Partners came from new LPs, since the vast majority of existing Colony LPs in PERE’s database did not back the vehicle. Of the five LPs that have publicly disclosed commitments to the fund – Oregon State Treasury, PensionDanmark, South Carolina Retirement System, Employees Retirement System of Texas and Teacher Retirement System of Texas – only Texas TRS was a returning investor, according to PERE research. Saudi Arabia’s Public Investment Fund, meanwhile, is also reportedly a first-time investor in the fund. All of these investors declined to comment on why they backed Colony.

Colony declined to provide what percentage of Digital Colony Partners’ equity came from existing versus new investors. However, PERE understands that several of the largest investors in the firm’s worst performing fund, the 2007-vintage Colony VIII, did indeed anchor this latest vehicle. Colony VIII was producing a total value to paid multiple of 0.45x, a net IRR of -11.5 percent and a time weighted since-inception net return of -31.8 percent as of September 2018, according to a portfolio review from the San Diego Employees Retirement System.

However, other investors and consultants tell PERE there were multiple reasons why they stopped backing, or chose not to back, Colony. Aside from performance, a major issue was the firm’s perceived misalignment with investors. One LP in the Colony Investors fund series alleges the firm made more in fees than it did in profits: “It’s not a well-aligned firm that has done right by investors.”

A Colony spokesperson disputes this claim: “Colony has consistently adhered to the fees and terms of the LP agreements and has worked with LPs to provide concessions when appropriate.”

“As our experiential world gives way to a new future – a data-driven world – real estate in its current format with long-dated contractual revenue streams from traditional tenants will have to change and adapt or face substantial obsolescence,” Barrack said in the firm’s Digital Bridge acquisition announcement. “In fact, location, location, location is giving way to connect, connect, connect. This pivot presents a new investable frontier across the globe for those who are armed with the proper resources and experience.”

Some Colony watchers have reacted positively to the firm’s strategic shift. “We believe the digitisation of real estate is a secular growth trend. Hence, we view Colony’s initiatives in this space as promising,” wrote Jade Rahmani and Ryan Tomasello, research analysts at investment bank Keefe, Bruyette & Woods, in a July research note. Colony has so far shown itself to have a competitive advantage, having raised one of the first dedicated digital infrastructure funds, as well as having appointed a chief executive who has been investing in the sector for 25 years.

Meanwhile, the Digital Colony investment team has already deployed 44 percent of the fund’s equity less than a year into its investment period. An additional 10 percent of capital is expected to be invested by the end of the third quarter.

Despite Colony’s early-mover status, however, competition is mounting in digital infrastructure, with firms GI Partners and SDC Capital having also launched or raised their debut funds targeting the strategy.

What’s more, pretty much every generalist infrastructure fund is investing a significant part of its capital in the space, with many making the case that digital is very much an infrastructure play.

Here is what Bruno Candès, a partner at InfraVia Capital Partners, a pioneer in data centre investments, had to say to Infrastructure Investor: “Data centres have infrastructure asset characteristics: they provide recurring cashflows on a long-term horizon due to significant switching costs; protection against inflation through the right contractual approach; and limited correlation with financial markets, given the growth of the data produced, which is independent from the economic context. Data centres may also generate yield and provide interesting diversification to a portfolio of infrastructure assets thanks to their very strong underlying growth.”

He continued: “The cloud is the emergence of a new way of delivering computing services in a most efficient way and data centres are the necessary infrastructure to implement it. This goes far beyond providing a mere ‘shell’ for cloud servers, as data centres were perceived in the past decade. For investors, this also means that their potential goes far beyond a real estate play.”

Meanwhile, Colony’s pivot to digital infrastructure is not expected to be a seamless transition.

“Significant work is still needed across Colony’s disparate asset base (in many cases over a period of years), so the evolution of Colony’s new strategy will take time,” Rahmani and Tomasello wrote.

One executive close to Colony acknowledges this: “I’m under no illusions that this is a quick fix. This is something that is going to take time and there’s a lot of trust that has to be rebuilt.”

As it weathers a difficult period in its history, Colony is seeking to turn the page by changing both the direction of the firm and the composition of its team. But while the company may see digital infrastructure as a clean slate, many investors have not been so quick to forget the past.

Digital is a hit with LPs
In a March interview with Infrastructure Investor, Carolyn Hansard, senior director of Texas TRS’s energy, natural resources and infrastructure portfolio, told us the pension’s $200 million commitment to Digital Colony Partners was part of its strategy to capitalise on the burgeoning digital infrastructure sector.

“Across the spectrum, telecoms are big on our list. You don’t go anywhere today and not expect to have wi-fi and high-speed internet. It’s just part of the way we live, and it’s an area that has a lot of growth [potential],” Hansard told us. 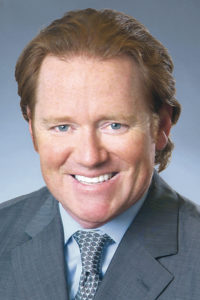 Marc Ganzi (pictured), Colony Capital’s new chief executive, confirmed that to us in a May interview, when he was still the co-founder and chief executive of Digital Bridge.

Ganzi also highlighted the sector’s changing risk profile: “As we head towards 2020, the asset class is rotating again – this time from private equity into infrastructure. As carriers’ needs have increased and as the market has become more competitive, investors are willing to pay big prices for these assets. It has become clear that one of the only ways to justify high-single-digit or low-teens returns is to turn to infrastructure capital.”