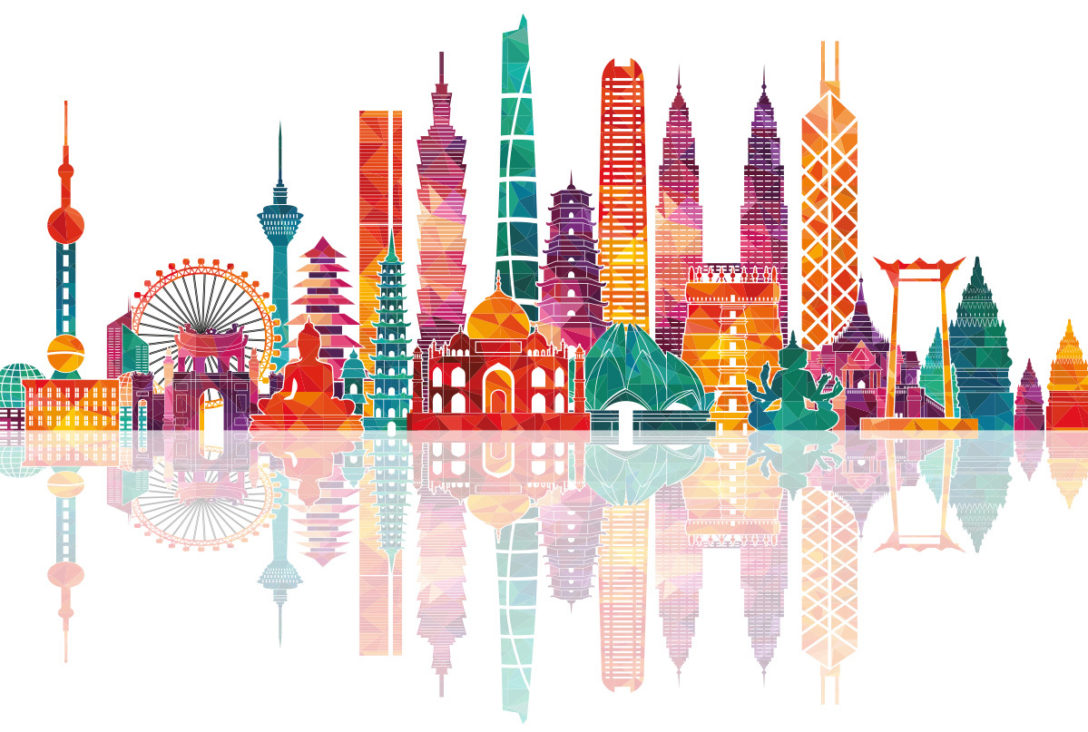 This was despite the fact that it had only launched 18 months before and much of the process had taken place during the pandemic. It also represented the end of the first stage of KKR’s push into Asia-Pacific infrastructure, a strategy it launched in January 2019 with the hiring of David Luboff from Macquarie Infrastructure and Real Assets.

Luboff’s remit was to build a team and raise the new fund. The challenge now is to deploy the large amount of capital raised, a task that is well underway.

Infrastructure Investor spoke exclusively to KKR’s team across the region, including Luboff, to find out how the strategy is shaping up.

Luboff was previously a senior managing director at MIRA, where he was involved in raising and deploying capital for the $3.3 billion Macquarie Asia Infrastructure Fund 2.

“I was really attracted to KKR’s existing presence in the region, with close to 200 people,” he says, when asked what convinced him to jump ship. “It seemed like a great opportunity to pull together an infrastructure team that could leverage KKR’s existing platform and grow this new business in an exciting market.

“I’ve worked with some of the other executives on the team before. And other team members have exceptional and diverse experiences, so I thought that if we could put all that thinking together it could be a very powerful combination. We are grateful for the LPs’ response and KKR’s culture has proven to be stronger than I could have hoped for.”

As for the wider opportunity set in the region, Luboff is bullish, having had extensive experience doing deals throughout Asia-Pacific in his previous role. “We’ve seen the Asian infrastructure market become more institutional and we’re seeing bigger transactions in the region involving blue-chip infrastructure investors,” he says.

The focus for the fund, KKR Asia-Pacific Infrastructure Investors, will be on brownfield assets in a select few markets: mainly India, Japan, the Philippines and South Korea, with an opportunistic approach taken to Australia, New Zealand and other countries.

Luboff says China also represents a “very interesting” opportunity that the firm will examine closely, but the emphasis is expected to remain on the other key markets. It will not do deals in what Luboff calls “frontier markets” where KKR does not already have a presence, given that local knowledge and personnel on the ground are an important part of the firm’s strategy.

“In our first year and a half of investing we’ve done six deals, deploying about a third of the fund, and all of those deals have been done without going through traditional auctions,” he says, demonstrating the strengths of local relationships. He adds that auctions are not off the table, with KKR having considered a few so far, though they will be “de-emphasised”.

Complex Indian market
The six investments that KKR has made in Asian infrastructure so far are split evenly across India, the Philippines and South Korea. The nature of the deals and the sectors targeted are unique to the circumstances in each country.

Hardik Shah joined KKR in late 2018 as a managing director with responsibility for the firm’s infrastructure investments in India. He worked at Macquarie with Luboff before leading Brookfield Asset Management’s own initial forays into Indian infrastructure.

“KKR was doing very well in global infrastructure and Asian private equity – so the next logical step was to build out our strategies in the region, like infrastructure, real estate and credit,” he says. “The firm’s deep resource base in India showed me it was serious and David gave the infrastructure strategy a lot of credibility.

“It was a chance to get in at ground level and build something up from scratch.”

The majority of fund capital is expected to be deployed in the four key markets. However, KKR will retain the nimbleness to dynamically allocate capital to the best opportunities across the region.

In India, KKR has already done two sizeable deals. The first was a co-investment in May 2019 alongside Singapore’s GIC into IndiGrid, an operator of 11 electricity transmission assets. KKR invested 10.8 billion rupees ($148 million; €122 million) and GIC invested
9.8 billion rupees to acquire 42 percent of IndiGrid’s outstanding shares.

“There are a lot of assets in India with increasing competition for them, but you can still make attractive risk-adjusted returns,” Shah says. “We are focusing on assets with high-quality counterparties that are already operational.

“Development risk in India, in most sectors, is often something to contend with, with perhaps the exception of renewables.”

KKR’s thesis, which applies across the region more widely, is to purchase these high-quality operating assets, get a decent yield from them for five to 10 years, and then sell them into an infrastructure market that will be more competitive than it is today, thereby securing a higher price and a return on the investment.

The assets in India are illustrative of this approach. “India is a complex market and you have to make sure you’ve thought through all the angles,” Shah says. “Both of the deals we’ve done here so far are platform investments, so we will continue to invest in them and build them further. They’ve gone very well so far.

“I imagine we will do more transactions here, just as we are pursuing opportunities across the region.”

Philippines maturing
Overseeing investments in the Philippines is Michael de Guzman, who also worked at Macquarie prior to his most recent role as head of Philippines for Credit Suisse.

“We’ve highlighted the Philippines as one of the priority geographies for the fund because we’ve already had previous successful investment experience here,” he says. “The regulatory regime and the contracts that the Philippine parties are used to, like power-purchase agreements or transportation concession agreements, come close to what we see in Australia, the UK or Singapore.

“Over the years we’ve seen an evolution where they’ve been refined to a state where we think they are investable for foreigners and there are enough protections in place. They’re not perfect, but those contracts are approaching what you’d expect in developed markets.”

The firm’s first investment, in July 2020, was the acquisition of an 11.9 percent stake in First Gen for 9.6 billion Philippine pesos ($199.8 million; €164.9 million). De Guzman describes the listed power generator, which has a 3.5GW capacity portfolio, as a “big fish in a small pond”. The investment has all the hallmarks of core infrastructure: contracted physical assets with stable revenues, coupled with growth potential.

The second investment, made in November, saw KKR acquire Pinnacle, the parent company of Frontier Tower Associates Philippines, for an undisclosed sum.

The Philippines currently has fewer than 20,000 towers and de Guzman says it will need to get to around 50,000 to meet the demands of a growing population.

“We will use [Pinnacle] as a platform” he says. “The company is in advanced talks with the Philippines’ top telcos to build more towers. And it’s a first-mover situation, where we feel if we’re one of the first to invest in this sector we can secure contracts.”

Further Philippine investments are likely to build on the telecommunications theme, and de Guzman says the firm is on the look-out for renewable energy opportunities too.

Korea’s ‘chapter three’
The third market in which KKR has made its presence felt is South Korea. Here, Keith Kim oversees investments. He is another former Macquarie executive who worked with Luboff on Asian investments.

KKR’s two deals in the country are in the waste management sector, a departure from the more traditional infrastructure assets that have been added to the portfolio.

It first bought ESG Co from Anchor Equity Partners. The company provides industrial and medical waste treatment services. It swiftly followed that in October 2020 with the purchase of a 38 percent stake in TSK Corporation, thereby becoming the second-largest shareholder in the landfill and water treatment company.

Kim says he had invested in the waste management sector for many years before joining KKR, and was therefore familiar with the businesses involved. “These businesses are becoming larger and more complex, so the cost profile is becoming institutionalised to drive social value,” he says. “For what used to be small assets, ‘Mom and Pop’ operations, it’s not uncommon to see billion-dollar transactions now.

“We anticipate that companies will begin consolidating very soon, and we believe that will lead to three or four significant players in the Korean market within the next three to five years.”

Kim says KKR essentially sought out what it felt were the market leaders in incineration and landfill and that the firm has aimed to create synergies between the two businesses.

He says that deals like this are indicative of “chapter three” of Korea’s infrastructure story. The first chapter, as Kim sees it, involved the development and sale of large, more traditional-looking infrastructure assets by the government, often in partnership with the private sector. These assets included toll roads, ports and other transport assets.

With those now largely built and often in the hands of local investors, competition is heavy, asset management has become passive and returns have become compressed.

Now chapter three has seen these deals grow to another level of size and complexity, Kim says.

“These are chunky infrastructure assets, often involving chaebols,” he says, referring to the large industrial conglomerates that play a significant role in Korea’s economy.

“Infrastructure deals are expected to get more and more complex, and having a local presence and understanding of how these structures and relationships work has been key to identifying the opportunities.”

“Japan offers tremendous potential,” Luboff says. “It’s such a relationship-driven market and KKR has such a strong position there and we are really excited to leverage off this presence with our Japan infrastructure team members.”

Other markets, like Australia and China, will be approached on a more opportunistic basis – Australia because of the high price of assets and the level of competition, China because of the challenges posed by local levels of liquidity.

The experience of the past 12 months during the pandemic has not put a dent in the firm’s plans nor its strategy. It did not hamper fundraising, Luboff says, a statement easily backed up by the $3.9 billion KKR raised for the vehicle.

“We have not seen the dislocation in pricing that many thought we would at the immediate onset of the crisis,” he says.

“We made most of our acquisitions to date in that early covid-19 period, so our nimbleness was an advantage and we managed to invest well at that time.

“But generally, asset pricing has not been adversely impacted, which I think demonstrates the resilience of infrastructure and its relative attractiveness.”

For Luboff, the most important goal so far has been to make sure KKR builds up a strong early track record in what is a new market for the firm.

“We feel we have a privileged position because of KKR’s presence in the region and the momentum in infrastructure that we have now, but to augment that we have to deliver,” he says. “Our immediate focus is to deploy the remaining two-thirds of the fund as well as we can.

“With that backdrop, we’ll be well-placed for future growth, particularly because we’re in a growing market and there are more opportunities coming up.

“There are great tailwinds in the Asia-Pacific region – but they will only be accessible to us if we can demonstrate that track record.”