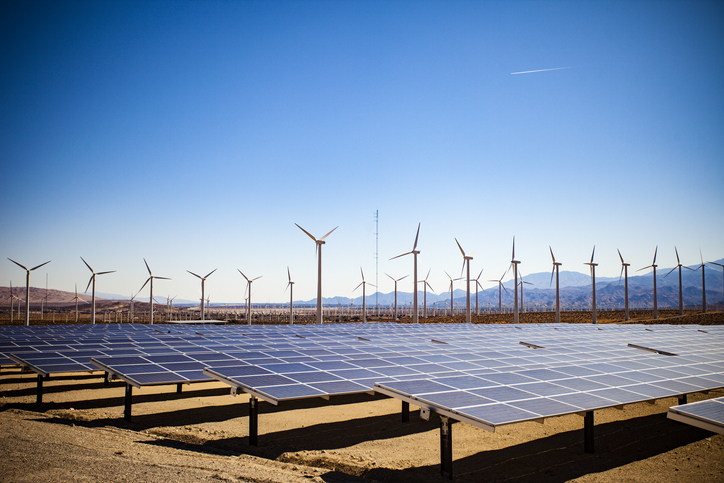 Earlier this year, a group of 20 investors in Australian renewable energy assets took an almost unprecedented step. Despite being competitors in many instances, they banded together to pursue a common cause: lobbying for changes to marginal loss factors, the system used to determine transmission loss values in Australia’s national electricity market.

After warning of potential project defaults if the current MLF framework persisted, and cautioning that several existing generators were “likely to be suffering a degree of financial distress” due to the volatility in MLFs, the Clean Energy Investor Group this week warned of “pretty serious implications” for power reliability should a stand-off over transmission loss values continue.

This was prompted by the Australian Energy Market Commission last week publishing its draft determination on a request to change the transmission loss factors framework in the national electricity market that indicated it would not make any changes to the framework that is now in place.

The current system uses marginal loss factors to determine transmission losses, a value based on the marginal losses between an individual generator and a regional reference node (the place where a local wholesale electricity price is set). The CEIG proposed a shift to average loss factors, which averages the losses of a group of generators connected to a particular node.

The CEIG argued that ALFs would be less volatile than MLFs, allowing greater forecasting certainty and a greater ability for investors to hedge against future price movements, but AEMC said that a shift to ALFs would ultimately burden consumers with higher costs.

“While we recognise the need to bring down barriers to entry for renewables, moving from marginal to average loss factors would, in effect, cost consumers money,” AEMC chair John Pierce said in a statement.

“Rather than penalising generators located in strong parts of the network, or consumers, the underlying challenge is to better co-ordinate investment in generation and transmission across the national electricity market so that financial incentives are aligned with the physical needs of the system and everyone can benefit.”

Speaking to Infrastructure Investor, CEIG spokesman Rob Grant, who is also an advisor to John Laing, says that the CEIG was “disappointed and surprised by some aspects” of the AEMC draft determination.

“It addresses a whole range of stakeholder positions, but there’s no quantitative analysis of whether moving to ALFs versus MLFs is a better thing for consumers. The Clean Energy Council and the CEIG had done analysis which indicated it would be in the interest of consumers to move to ALF, and we then discussed that with the AEMC and the Australian Energy Market Operator, and they said they would also be doing that quantitative analysis as part of the determination [on the rule change] – but it’s not actually evident [in the draft],” he says.

“We’ll have to find out why that hasn’t been done. That detailed analysis can only be done with data that AEMC holds, hence they would have a greater insight into it. We would like to see more on the basis for their decision.”

Grant argues the decision had been taken because it followed a particular philosophy within the AEMC, which has a separate review into the transmission access framework that is still ongoing. That review, known as Co-ordination of generation and transmission investment implementation – access and charging (COGATI), proposes to introduce dynamic regional pricing for wholesale electricity prices as well as financial risk management products that will allow hedging against the price differentials that will occur as a result of dynamic pricing.

“We’re disappointed that the AEMC has mixed up the rule determination with the COGATI review, which is running in parallel. On the face of it, AEMC is meant to determine the request for a rule change on the basis of where we are today, not on the basis of where they’d like to go to with their version of COGATI,” Grant says. He adds that the AEMC appears to be arguing that MLF volatility and non-hedgeability will be resolved through the move to COGATI.

“There are some pretty serious implications for state governments who need to keep the lights on here if this stand-off continues.”
Rob Grant, CEIG

“The contents of the COGATI proposal have a long way to go with a whole range of stakeholders before they were to become reality,” he says.

“The draft determination suits AEMC because they’d prefer not to make a change now and move straight towards COGATI. We say there’s a here-and-now issue with a very clear sign that investment has basically stopped over the last six to nine months, and that will only be resolved by taking this very significant volatility issue out of the mix. Then we’ll all participate in whatever the COGATI discussion needs to be over the coming six to 12 months.”

Grant says that it would now be “difficult” for the final determination on MLFs, due in February 2020, to be substantially different.

“The problem is it’s not being decided on its merits – it’s being decided on a philosophical view that we should be moving to a very granular framework with dynamic system pricing,” he said.

The Council of Australian Governments energy council meets on 22 November in Perth and Grant speculates that state energy ministers may tell AEMC that its progress so far on COGATI is not acceptable because they have “bumped out” planning around energy transmission and because the proposed access pricing methodology is “too complicated” for the current market.

“I suspect the Energy Security Board and the states will want to have a discussion this week and that may also influence where we go on ALFs, because if the AEMC do get curtailed in their COGATI aspirations it may bring the focus back to having certainty now while they sort out what the new COGATI looks like,” Grant says.

And it’s those state governments that will be concerned if the current stand-off continues because there are genuine question marks over whether there will be sufficient capacity in the market to meet demand over summer.

The current Integrated System Plan for the national electricity market assumes that a significant portion of the national electricity market’s conventional generation fleet will retire over the 2020-2040 period that it covers. But market participants expect that the next iteration of the plan, to be published soon, will bring the 2040 deadline forward due to faster-than-expected generator retirements.

“It’s a worry for the states because they’re the ones with the risk of generation shortfall. The current ISP requires about 3GW of new generation a year to meet that 2040 target. If you pull that date forward you need closer to 4GW per year, and today we’re at 150MW,” Grant says.

“So, there are some pretty serious implications for state governments who need to keep the lights on here if this stand-off continues.”

The latest regulatory challenge for Australia’s renewable energy investors will continue to loom for now but the pressure to change, whether from government or because of market conditions, is set to grow stronger.