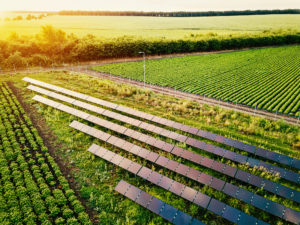 NextPower III ESG, which will invest in solar energy projects in “carefully selected OECD countries, including the US, Portugal, Spain, Chile and Poland”, already has a portfolio of 23 projects and two portfolios with an installed capacity of 742MW, the UK-based firm said in a statement. It has another 521MW in exclusivity and 3GW under review.

News of the fund’s final close came less than a month after the firm announced the sale of NPII’s solar portfolio comprising 105 plants with a total installed capacity of 149MW. Sold earlier this month to Milan-based Tages Capital for €730 million, Fund II generated net returns of more than 25 percent, well above the 8-10 percent gross IRR NextEnergy had been targeting.

One of the main differences between NPII and NPIII ESG is that the former invested in solar only in Italy, while the latest fund has a broader geographic mandate. Another difference is the ESG that has been added to the fund’s name.

“We have a dedicated internal ESG team,” Shane Swords, managing director and head of investor relations, told Infrastructure Investor. The team, which currently comprises two members with a third set to join soon, is headed by Guilia Guidi, who assumed the role in 2017 after the launch of NPII.

“She sits on the investment committee and we have declined transactions because they don’t meet our ‘S’ and ‘G’ criteria,” Swords continued. “We take ESG very seriously. I think it’s fair to say we’re doing it in a great amount of detail and we probably focus on it more and more every year.”

“ESG” has also been added to NextEnergy’s latest UK-focused fund. NextPower UK ESG, which will invest into unlevered, contracted and unsubsidised new-build solar plants in the UK, in December secured £250 million ($336 million; €300 million) from the UK Infrastructure Bank, raising half of its £500 million target.