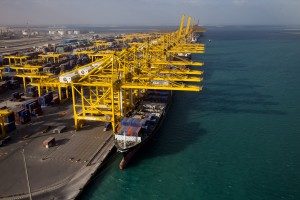 The National Investment and Infrastructure Fund, India’s $6 billion state-backed infrastructure vehicle, is making its debut investment under a partnership with DP World, a Dubai-based port operator, in the country’s logistics infrastructure sector.

The acquisition of a combined 90 percent stake in Continental Warehousing Corporation, an integrated multimodal logistics player in India, is the first investment by Hindustan Infralog, an investment vehicle created by DP World and NIIF in January to invest up to $3 billion in ports, logistics and related sectors in the country.

Financial details were not disclosed, but the business was reportedly valued at $400 million. DP World had not responded to queries by press time but the company noted in a statement that the purchase consideration is below five percent of DP World’s net asset value as of 2017, which totalled $11.6 billion.

The vehicle is buying stakes from Warburg Pincus, the International Finance Corporation, Abraaj Group’s Aureos Capital, as well as the company founders, the Reddy family. Upon completion of the transaction, the Reddy family will retain the remaining 10 percent shareholding and continue to be involved in the business’s operations.

Continental has been a logistics solution provider in the fields of warehousing, container freight stations, inland container depots, private freight terminals and integrated logistics solutions. Its logistics network covers a total area of over 400 acres and it provides over 660k twenty-foot equivalent units capacity.

The transaction is expected to strengthen DP World’s presence in the entire logistics value chain in India, as it sees the business “highly complementary to the group’s existing business in terms of the business model and geographic footprint”. DP World is the only foreign port operator in India, running six ports with a market share of about 30 percent in the country.

“As a global trade enabler, we aim to grow in complementary sectors of the global supply chain, which includes inland container terminals, freight corridors and logistics infrastructure,” said Sultan Ahmed Bin Sulayem, group chairman and chief executive of DP World, adding that the deal provides a scalable platform to accelerate growth in the rapidly evolving logistics sector in India.

The NIIF, for its part, was set up by the Indian government in July 2015 in a bid to attract private capital to support domestic infrastructure development. With the government sponsoring half of the fund capital, the vehicle also secured $1 billion from Abu Dhabi Investment Authority last October.