A consortium comprising Partners Group, CDPQ and Ontario Teachers’ Pension Plan has agreed a deal to buy German energy metering group Techem from Macquarie in a deal with an enterprise value of €4.6 billion.

Partners Group holds more than 50 percent ownership of the consortium, with the Canadian pension duo owning less than 25 percent each, according to a Partners Group spokeswoman. She added that the deal is being led by the Swiss investment firm’s private equity division, providing around 60 percent of the funds, with the remainder supported by its infrastructure division. CDPQ is also believed to be supporting the deal via its private equity arm.

The strategy and deal are similar to Partners Group’s acquisition last year of utility services firm United States Infrastructure Corporation, which was made as part of a cross-market approach and which Partners Group’s head of private infrastructure in Europe, Brandon Prater, described as “a niche kind of infrastructure”. But, “from our clients’ perspective, missing that opportunity for that part of the portfolio would have been a mistake, because it provides an essential infrastructure service,” he told Infrastructure Investor in an interview last month.

Techem’s main business activity is energy management and provision of services, which includes devices for the metering and billing of energy and water. The company’s principal market is in Germany, although it is also present in 13 other European countries and a further six outside the continent. Its latest available EBITDA was €319.9 million for 2016/17, up from €273.5 million the previous year. Techem had generated a €106.4 million EBITDA before Macquarie’s takeover. 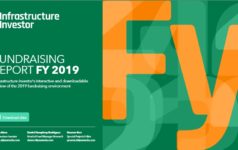