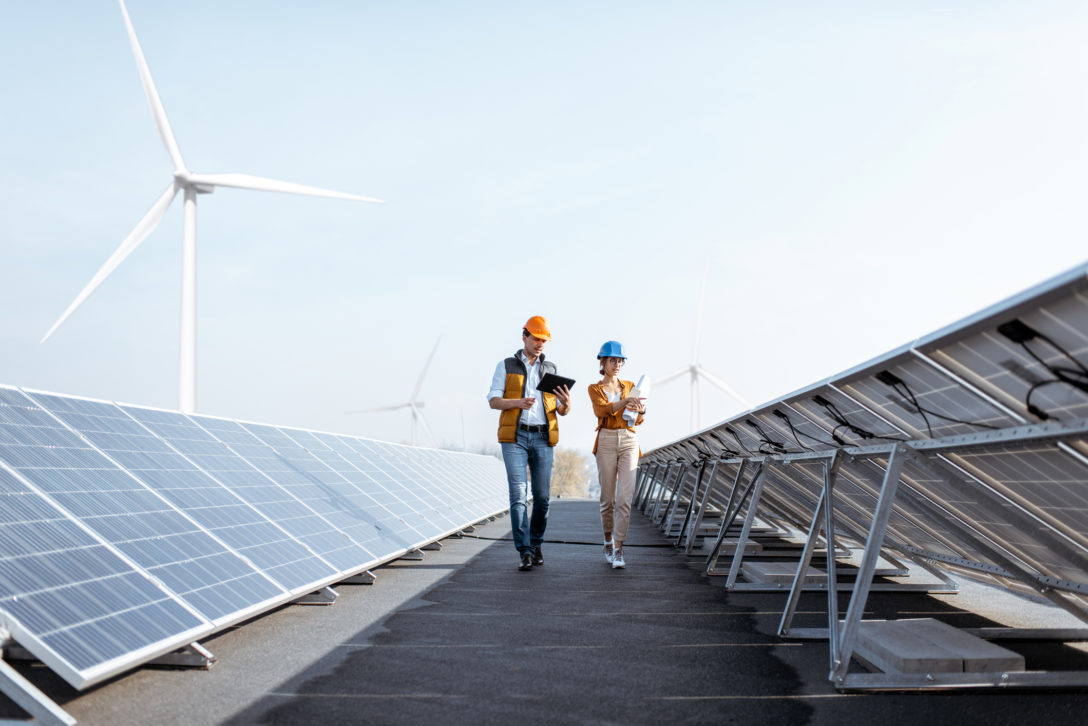 Imagine a macro-level event that brings power prices down in a country or region to a point where a buyer suddenly finds itself on the receiving end of a bad deal. That was a scenario put forth by Jeffrey Altman, senior advisor at Switzerland-based consultancy Finadvice, in reference to the renegotiation of power-purchase agreements.

“Most PPAs can’t be broken, but they can be renegotiated.” This was how Altman presciently put it in April 2019, months before anyone had heard of the novel coronavirus, which would affect not just one country or region, but the entire world, slashing energy demand and driving down power prices.

Still, the volatility it brought was brief. Michael Waldner, chief executive and co-founder of Pexapark, a provider of software and advisory services for PPAs, says prices have almost completely returned to pre-covid levels.

“Lower power prices for PPAs obviously create some challenges for the investor side, since project profitability may no longer be justified,” he says. “I think that’s what we saw in the short-term demand disruption during the beginning of covid. That created a lot of uncertainty.”

In addition to prices recovering and the power market stabilising, PPA activity does not appear to have slowed. According to data from Bloomberg New Energy Finance, 8.9GW of clean energy was contracted under PPAs between January and July. This figure was outpacing 2019, when 19.5GW of clean energy contracts were signed – a 40 percent increase on the tally for 2018.

However, the organisation issued a caveat in its 2H 2020 Clean Energy Market Outlook: “A big second half will be required in order for the market to hit record volumes by year-end, with covid-19 the biggest adversary that could stall growth.”

The US, which is the largest PPA market, has already had to deal with the full force of this adversary. Texas accounted for just 940MW of the 8.9GW contracted between January and July, a dramatic fall on the 5.5GW of PPAs signed in the state during the whole of 2019.

But other regions are picking up the slack. According to BNEF, companies in Argentina, Brazil and Chile purchasing clean energy through their respective wholesale markets are positioning Latin America for a record year. Australia has already seen a 50 percent increase over all of 2019 as of July. And Taiwan is home to the largest PPA ever signed thanks to the Taiwan Semiconductor Manufacturing Company, which agreed to buy all of the output from Orsted’s 920MW Greater Changhua 2b and 4 offshore wind projects under a 20-year agreement.

In Europe, which until July accounted for 1.4GW of PPAs signed, Spain has emerged “as the hottest procurement market”, according to BNEF. This points to a shift away from the Nordics, which tend to dominate in the region.

So far, so good
“Companies are now understanding what the immediate impact has been,” Altman says. “They’re preparing for the next impact of covid. But as to what the next three to five years look like, they have no idea yet. As such, it is difficult for many to project how much power they will require over time.

“You can’t just focus on the ‘now’. You have to look at what this means in the medium and long term.”

That will not be clear until governments end their economic stimulus programmes. “Then we’re really going to see what all this means,” says Altman.

Dominic Szanto, executive director at Pollination, an investment and advisory firm focusing exclusively on the energy transition, reiterates that point. “Yes, there’s been a reduction in volatility,” he says. “But we actually don’t know how all the long-term drivers of power prices, GDP and demand, are going to play out. We might also see further short-term shocks in different markets.”

It is this uncertainty around economic recovery and demand that may slow down PPA activity, with companies unsure of what their needs will be in the future.

Then there is also the issue of changing consumption patterns.

“In most countries, for example, we’re seeing significant reductions in people actually working from the office and working from home instead,” says Szanto. “Is that something that’s going to become permanent?”

Navigating uncertainty
Is the answer, then, shorter-duration PPAs?

“If you’re a corporate and you see the price of energy coming back down again in three to five years, you’re not going to agree to a 10-year contract,” Altman says. “So, I suspect shorter-duration PPAs will become the standard.”

“Instead of contracting the output of a particular wind or solar farm with a single entity, operators blend long-term PPAs with shorter five- to seven-year contracts and spot market sales”
Dominic Szanto
POLLINATION

He also thinks people will try to become more innovative: “Beforehand, you had a lot of PPAs going out to some very big buyers – large tech and corporates. I believe what you’re going to see is people trying to become aggregators, doing a PPA with a group of smaller-sized buyers and bundle them into a [larger] PPA.

“There was a bit of reluctance to do that before, but I think people are going to have to be innovative during this period in time. However, whatever new type of PPA is created, as capital markets have shown before, risk is still risk, whether you put a collar on it or not,” Altman says, referring to collared PPAs, which set a floor and ceiling price.

According to Szanto, one way sellers of renewable energy are trying to mitigate risk is through a blended approach: “For example, instead of contracting the output of a particular wind or solar farm with a single entity, operators blend long-term PPAs – 10 years, 15 years – with shorter five- to seven-year contracts and spot market sales.”

In his view, it has been the big utilities and developers that have been most able to do this and which have succeeded in getting PPAs across the line.

Counterparty risk as it relates to PPAs is usually considered from the seller’s perspective: will a corporate offtaker honor its obligations, will it still be in business 10 or 15 years from now?

But with lockdowns affecting construction and supply chains, should buyers also be concerned about sellers being able to deliver on what they promise?

“I think the answer is ‘yes’,” says Altman. He adds that renewables investors will “definitely” be exposed to greater risks, and not only because of covid-related disruptions.

“Keep in mind that there is an increasing amount of capital going into this market: the oil companies, asset managers, institutional investors, renewables developers and corporates,” he says. “As such, renewables in some markets are now becoming a cost-of-capital play. Moreover, there is likely going to be another round of dynamic swings in terms of both supply and demand, which, with such tight pricing, will make the margins of error more problematic.”

Altman’s expectations of what is to come therefore make the following statement from Waldner even more pertinent: “In the end, to be successful in this market, you need to have a much better understanding of the risks and how to manage these risks.”