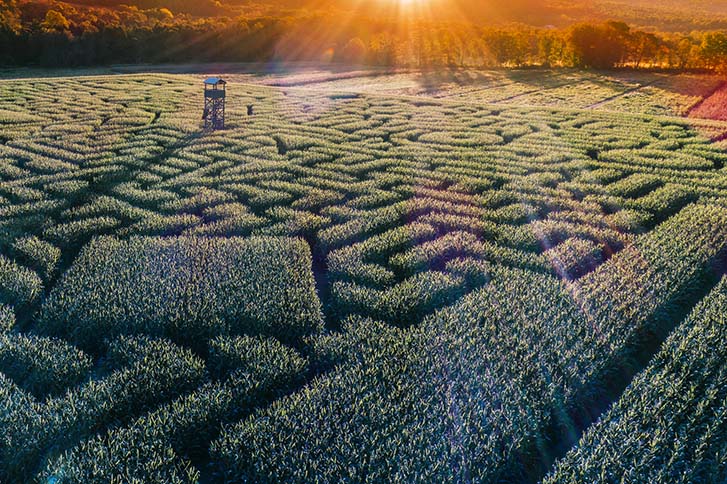 On 17 September, the US Department of the Treasury, as chair of the Committee on Foreign Investment in the United States, released proposed regulations that broadly expand the committee’s jurisdiction to review new and different types of infrastructure transactions.

While the proposed regulations remain subject to public comment and further potential changes, they must be implemented no later than 13 February 2020. Even if no substantial revisions occur, the proposed regulations will broadly expand CFIUS’s legal authority and are likely to have significant impacts on transaction timing, certainty, feasibility and cost across many industry sectors, especially infrastructure.

Established in 1975, CFIUS is an interagency regulatory body of the US government authorised to review mergers and acquisitions, including minority investments, by a foreign person in businesses engaged in the country’s interstate commerce to assess the impact of the transactions on national security.

Traditionally, CFIUS’s jurisdiction was limited to ‘control’ transactions. While the committee interpreted control very broadly (a foreign investor’s possession of a single board seat would typically confer control, even if the foreign investor could not out-vote other representatives or otherwise control, in a traditional sense, the decisions of a company’s board), it was possible to keep a transaction outside CFIUS’s jurisdiction if the foreign person had a board observer position or special rights with respect to the business that did not amount to ‘control’.

However, in the past several years, Congress and other US government policy and political stakeholders raised concerns that CFIUS lacked sufficient legal mechanisms and financial resources to address national security risks arising from complex co-invest and other transaction structures and minority, non-‘control’ investments in US companies.

At the same time, the scope of CFIUS’s national security analysis became increasingly far-reaching: the committee has raised questions about industry sectors and transactions that historically had not been considered to have national security implications – data protection, for example – and a number of high-profile public transactions were blocked, abandoned or delayed due to concerns.

These were some of the factors that led to the passage of the Foreign Investment Risk Review Modernization Act in August 2018. The proposed regulations aim to implement most provisions of FIRRMA.

The first is that the proposed regulations define certain non-controlling infrastructure investments that will be subject to CFIUS’s jurisdiction. Essentially, the regulations expand the jurisdiction to cover non-controlling foreign investments in certain US “critical infrastructure” companies. Whether such an investment will be subject to CFIUS’s authority requires a two-step analysis.

That said, assets that are not “covered investment critical infrastructure” may still be sensitive for US national security purposes, and a foreign investment in such a business may still warrant a voluntary CFIUS filing under the pre-existing control standard.

Once CFIUS fully implements FIRRMA, the advisability or necessity of notifying the committee will be a key question for many foreign investments in US infrastructure assets, regardless of the size of a foreign investor’s equity cheque. In some cases, foreign LPs that make indirect investments through US-controlled funds may find that their indirect investments trigger CFIUS’s jurisdiction based on special rights afforded to the limited partners, such as the right to consult with or advise management or decision-makers on certain topics.

The second key aspect is that the regulations would require mandatory notifications to CFIUS for certain infrastructure investments involving foreign government investors.

Historically, parties to a transaction voluntarily initiate the CFIUS review process, unless the body requests a filing on a non-notified transaction. The proposals, however, make certain infrastructure investments subject to mandatory notification requirements.

Transaction parties will have to submit, at a minimum, short-form filings of deals that would result in the acquisition of a voting interest of at least 25 percent in a US “covered investment critical infrastructure” company by a foreign person in which a foreign government holds 49 percent or more.

Importantly, the proposed regulations would require parties to submit a short-form declaration at least 30 days in advance of the closing of a transaction. This may effectively prevent parties from structuring their deal as a simultaneous sign-and-close.

Mandatory notification requirements would affect both the competitive positions of foreign investors subject to the requirements, as well as timing and certainty considerations for sellers. All other things being equal, foreign government investors required to submit declarations for infrastructure investments may be at a comparative disadvantage in competitive contexts. Investors that can point to a recent track record of receiving clearance, however, may be less affected. For their part, sellers will need to ensure that their due diligence appropriately surfaces potential declaration requirements early in the deal process.

The last key aspect to be aware of is that certain infrastructure investors may be exempted from CFIUS’s jurisdiction.

The proposed regulations provide that investments in US businesses that would otherwise qualify as “covered investment critical infrastructure” companies by foreign persons from specified foreign countries will be exempt from CFIUS review. A list of excepted countries will be published in forthcoming regulations.

Importantly, not every investor from an excepted country will be exempt from CFIUS’s review. The investor itself must meet other criteria, including having a track record of compliance with US national security regimes, such as economic sanctions and export controls. Notably, Treasury stated that it may delay implementation of this exemption.

Private equity sponsors must also assess how capital raised in the near term could have CFIUS implications on deployment, and potentially constrain the universe of feasible transactions for a sponsor. Sellers should also carefully evaluate the relevance of CFIUS to potential exit transactions, and identify early in their due diligence whether prospective buyers may require or request filings, and how the committee may figure in negotiation dynamics.