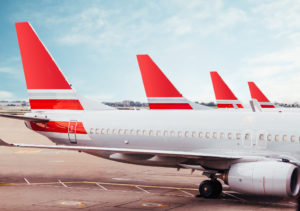 A consortium comprising QIC and Royal Schiphol Group has acquired a 70 percent stake in Hobart International Airport from Macquarie Infrastructure and Real Assets and Tasplan Super.

Tasplan Super will retain the remaining 30 percent equity stake in the airport.

The value of the transaction has not been disclosed, but a source familiar with the deal said the consortium had paid a multiple of approximately 26x earnings for the stake in the airport. Both QIC and MIRA declined to comment on the value of the deal.

Speaking to Infrastructure Investor, QIC head of global infrastructure Ross Israel said the deal was attractive because Hobart was the fastest-growing airport in Australia.

It was also the only time that a majority stake in one of the airports privatised by the federal government in the late 1990s has traded since the privatisation process took place, he said, pointing to the rarity of this type of transaction in Australia.

“Hobart is the fastest-growing Australian airport with 6.5 percent passenger growth in the last five years. We also see an opportunity to add value and grow the asset – on the non-aerospace side, only 1 percent of the land in the airport precinct has been developed and non-aerospace revenues are quite low in comparison to its peer group.”

Following recent criticism by airlines that Australian airport owners have been making “grossly inflated” profits, Israel said Australian airports represent “a very good offering to users” and that the challenge of balancing investment with the amount charged to customers was “not a simple equation”.

“The ownership group of Australian airports is largely made up of very long-term capital, with superannuation funds whose members use these airports,” he added, arguing that it was in investors’ interests to invest in the assets and look after them for the long-term benefit of their ultimate owners, superfund members.

Israel said the deal was likely to represent the penultimate asset acquired by the QIC Global Infrastructure Fund as it nears full deployment. The fund holds a 36 percent stake in one other airport, Brussels Airport, as well as stakes of varying sizes in the Port of Melbourne, the Powering Australia Renewables Fund in partnership with AGL Energy, northern Australia marine logistics business Sea Swift, and a 50-year partnership to invest in Northeastern University’s parking system in the US.

MIRA said in a statement that it had acquired its stake in Hobart International Airport alongside Tasplan in 2007 and that the two had invested more than A$150 million ($101 million; €92 million) in the asset, helping to increase passenger numbers from 1.7 million in 2008 to more than 2.7 million in 2019.

The sale is expected to reach completion by the end of October.

Separately, MIRA announced that it had acquired Farnborough Airport in the UK via Macquarie European Infrastructure Fund 6 from a group of private investors for an undisclosed sum.

The firm said Farnborough is the only dedicated business aviation airport in the UK and handles more than 30,000 air traffic movements annually.