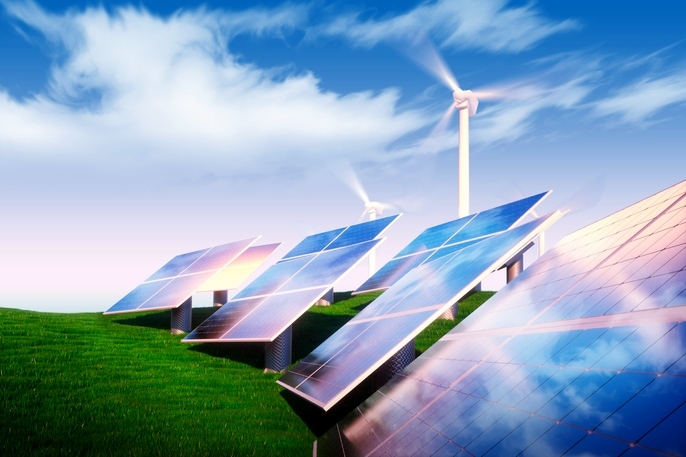 With unclear revenue caps, volatile energy prices and higher interest rates, it is getting harder than ever to gauge the outcome of investments in European renewable energy. Already, orders for new wind turbines are well below their Q1 2021 peak, and the 3.4GW of generation capacity sold through corporate power-purchase agreements so far in 2022 is less than half of what was sold in 2021.

Furthermore, there has been a marked change in the tone of the public debate around renewables. Europe’s citizens have been paying green energy premiums for years to entice renewables development. Now, those same people are struggling to pay their energy bills while renewables producers are profiting from the accompanying energy price hikes. This has caused resentment towards clean energy producers.

This sentiment – along with the not insignificant need for public funds to help alleviate the effect of high energy prices – prompted the EU to agree a set of emergency regulations at the beginning of October.

With this law, the EU introduced a cap of €180/MWh on the market revenue for infra-marginal energy production, which includes all renewables generation. October’s emergency regulations will be effective from 1 December 2022 to 30 June 2023, unless a last-minute challenge from Poland proves effective.

The cap at €180/MWh was meant to be well above any level which could have been reasonably expected and hence priced in by investors at the time when decisions were made to invest. Indeed, a €180/MWh cap would likely not impede development.

“If someone had said to me two or three years ago that the wholesale price of power would be €180/MWh over an extended time, I would have found it hard to believe. But with increased costs of construction and debt financing, the €180/MWh is just the right balance between ensuring a continued social licence to operate and maintaining an environment which enables investments to be made into those European countries,” says Rosheen McGuckian, chief executive of renewables manager NTR.

This is backed up by Joost Bergsma, founding partner and chief executive of clean energy manager Glennmont Partners, now part of Nuveen:

“The new EU regulations for a proposed price revenue cap are not a major concern over the long term. They are limited in time, and it is important for governments to ensure that they get investments in renewables, which should limit the fallout.”

“We enter into PPAs with a term of 10-12 years. These revenue caps will only be in place for the first six months,” says Bergsma. He adds that the €180/MWh level is welcomed by investors, as it is set well above profitability.

Most generated renewable energy is sold at prices well below the cap.

“Over 70 percent of revenues coming from any clean energy producer or project in Europe tends to be long-term contracted, whether it’s by way of CFD [contract for difference], tariffs or long-term power purchase agreements,” says McGuckian.

However, it may be a little early for deep breaths of relief as the EU agreement held the door open for governments to impose more restrictive national measures.

All over Europe, the question right now is: just how low can the revenue cap go and still keep investments flowing?

The answer to where to put the revenue cap is complicated by the fact that the fundamental price of generating power has risen. This is evident in the price of power bought through PPAs, which has doubled over the past year, according to a composite index compiled by advisory company Pexapark.

This increase is linked not only to soaring power prices, but also to the mounting costs of every aspect of asset development.

The cost of materials has gone up. According to a report by Statkraft, the metal needed for a solar module has increased by more than a third since 2020, and wind turbines are up 20-25 percent because of materials and higher labour costs.

Debt is costlier now than a year ago, and most materials involved in the development or re-deployment of a solar or wind farm are exposed to delays in the supply chain and increased inflationary costs. This means higher capex as well as delayed returns on investment, as projects take longer to complete.

Honouring the delivery side of a PPA contract has also become more expensive, as the so-called balancing costs have increased dramatically over the past year. Balancing costs are incurred whenever the forecasted amount of produced electricity differs from the actual amount of electricity supplied to the grid.

Because of the intermittent nature of renewables output, the growth in renewables capacity has increased the cost of balancing the grid. High energy prices, in turn, have increased the costs associated with accessing an alternative source of power to negate the discrepancy.

“Balancing costs have increased substantially. In Germany, for example, it can now be as much as €40/MWh for some plants. The average is currently €3-7/MWh, compared to around €1/MWh historically, and adds to the running costs components,” says Jonas Nihøj, head of portfolio and trading services at Pexapark.

To add to higher costs, on the income side, the revenue from actual wind production – or the capture price – has become more volatile and location-specific, which creates more uncertainty as to what future revenues can be secured, says Nihøj.

Already, the capture price is usually 25 percent lower than the baseload price in the forward market. This is because of the discount given to contracted offtakers, and because the spot price of electricity falls whenever the wind blows and the market is flooded with renewables output. In the future, when wind energy can be stored, this cannibalisation may be less pronounced and support the capture price somewhat.

The current expectation, as evidenced by energy-forward contracts, is that the price of electricity will fall somewhat sharply in the coming two years, though the price in five years will remain well above the level expected a year ago.

This contango has prompted PPA offtakers to demand markedly higher risk discounts than a year ago, according to Pexapark, and this in turn has limited the high-price-environment upside for developers. Even with sizeable discounts, offtakers have less appetite for long-term contracts.

“Investment decisions are not as straightforward as they used to be. You have onshore wind capex cost increasing to approximately €40-€55/MWh and a good project can quickly turn into a bad deal if the cap on revenue ends up being well below €180/MWh and/or lasts longer than six months. Final investment decisions in this environment will be fewer and will require additional buffers for unforeseen events,” says Nihøj.

He adds: “Usually, in a PPA, you give a little in the early years to receive more later, but with the current power prices, you may have to give up more than you are comfortable with upfront. Basically, developers are squeezed in every way and long-term contracts are more difficult to close.”

High energy prices may no longer look so much like an opportunity as a necessity for the investment industry.

Since energy prices are expected to remain elevated for the coming years and governments will need all and any possible income, only the most ardent optimist would expect nation states to willingly and completely let go of a newfound source of funds.

On the other hand, Europe’s need for investments in renewable energy infrastructure may just come up trumps, and there is a lot of regulatory support for renewables – both nationally and in the EU.

The EU’s REPower strategy was launched in May 2022 and called for renewables to make up 45 percent of the energy mix by 2030, with a focus on expanding wind and solar capacity dramatically.

Though renewables margins will be shaved in Europe, the strength of support for the increased and continued development of these assets should allow such developments to remain profitable.

While investors have signalled they are comfortable with the EU’s revenue cap of €180/MWh, that does not mean they won’t end up feeling uncomfortable with lower caps set at the national level.

Such further restrictions are actively being considered in Germany, as evidenced by a leaked conceptual presentation that originated at the German Federal Ministry for Economic Affairs and Climate Action, which has been extensively covered in the country’s media.

According to this leaked paper, not only would Germany impose a revenue cap well below that set by the EU, but it would also impose some of those windfall taxes retrospectively, going back as far as March 2022.

In Germany, the threat of retrospective taxation was met with claims that it was unconstitutional, and Germany’s influential energy-industrial lobby mounted a strong protest. The energy industry’s anger was amplified by the fact that even before these plans for revenue caps – retrospective and otherwise – the tenders awarded for German solar and wind developments in 2022 have been far fewer than offered.

This, according to a spokesman from the German Wind Energy Association, is partly because the size of the subsidy for tendered development has remained the same despite the soaring costs of development, rather than adjusting to the changing costs. And it is partly because – despite best intentions to simplify the process – it takes 26 months on average for a project to be approved as a participant in the auction.