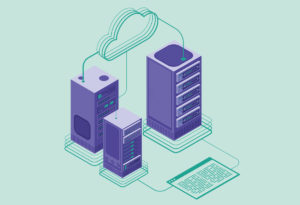 Data centres are fast emerging as one of the pillars of the new digital world. With the pandemic underlining the importance of data storage to the functioning of the global economy, the past year has seen a torrent of investment in these assets.

This rapid growth has sparked much debate about who is best placed to manage these vital cogs in the digital machine. In April, Michael Hochanadel, managing director at Harrison Street, pointed out that the data centre industry originated as a real estate play but told us that “as the data centre market has matured, and the criticality and complexity of the underlying assets have grown, we have witnessed an influx of interest and capital from infrastructure investors”. Hochanadel concluded that “a synthesis of real estate and infrastructure perspectives” provides the optimal approach.

In practice, investors seem to be paying little attention to labels as they scramble to put money to work in data centre assets. Managers of varying backgrounds have had spectacular success over the past year in attracting capital to dedicated data centre vehicles. IPI Partners achieved a mammoth $3.8 billion final close on its second data centre fund, vastly surpassing its initial $1.5 billion target.

Despite the wave of interest, Paul Nash, partner at DIF Capital, added a note of caution in March, when he stated that “we have seen a lot of price compression in that space”. Similarly, John Watson, executive director at Morgan Stanley Infrastructure Partners, told Infrastructure Investor that “in terms of data centres, we find the North American competitive landscape challenging. We believe there will be more opportunities in Europe and Asia”.

Traditional markets may be approaching a saturation point, but there is no shortage of opportunities for data centre investment in emerging markets. We reported in September that Hong Kong-based Gaw Capital Partners was set to raise $1.3 billion for its data centre platform in China, after targeting an opportunistic return of more than 20 percent. “Most of the global investors have already had data centre exposure in the US and Europe,” Christina Gaw, the firm’s managing principal commented. “So, naturally they will look at Asia as the next growth destination.”

As massive users of electricity, data centre operators are under pressure to minimise their carbon footprint through renewable energy, much of it off-grid.

“The data centre industry is at the centre of scrutiny,” said Athanasios Zoulovits, partner at InfraVia Capital Partners in April. “Enterprises – and particularly big tech – increasingly seek to power their own or their suppliers’ data centres through green electrons and reduce energy intensity where possible.”