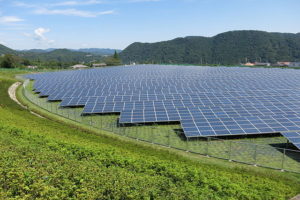 The latest fund has invested in 15 assets – of which 12 are operating solar projects, with a total capacity of 99MW, that were bought from the renewable fund Sparx Asset Management liquidated earlier this year.

The fund aimed to develop greenfield renewable energy power projects across Japan, which resulted in the development of 12 power projects in 11 prefectures. By the time the fund was liquidated in January, it had increased its principal by about 1.6 times and achieved a gross IRR of approximately 10 percent, Sparx Group said in a statement earlier this week.

The firm believes the fund model has proved successful and “provides a framework for leveraging public spending through investment funds”, the firm said.

The SPARX Public-Private Green Energy Fund, was the firm’s first vehicle dedicated to the renewable energy sector. As at the end of March, the Japanese GP had invested 159.4 billion yen in 25 renewable power generation projects with a combined capacity of 385MW. The firm declined to disclose further details about its renewables investment vehicles, but other publicly announced funds include the Mirai Green Energy Investment Limited Partnership and the Public-Private Renewable Energy Fund, the second vehicle formed under the partnership with the Tokyo Metropolitan Government in 2015.

In addition to renewables, SPARX Group also invests in equities in Japan and Korea and Japanese real estate. The group’s assets under management stood at 1.2 trillion yen as of this April.

Since the 2011 Fukushima nuclear disaster, Japan has been aiming to boost renewable energy power generation and reduce its reliance on nuclear. Given favourable policies and ease of installation, the solar sector has grown from 6.6GW in 2012 to 48.6GW in 2017, according to statistics from the International Renewable Energy Agency.