Intensifying competition in the student housing market may be encouraging risk-taking among new entrants, according to multiple industry executives.

In a video interview last week, Harrison Street Real Estate Capital co-founder and CEO Chris Merrill told sister publication PERE he has seen more investors entering student housing and other alternative real estate sectors, which are believed to be more resilient in the event of a market downturn than traditional property types.

“We’re seeing people take on recourse, entitlement risk, cost overrun risk – which is fine in an up market, but if the market turns, it’s going to be very challenging for these folks,” he said. Merrill, whose Chicago-based firm invests in the alternative real estate sectors of student housing, medical offices and self-storage, added that the increased risk-taking could create distress in the market.

Those without experience may not know what to look for and where the main risks are, noted Virtus Real Estate acquisitions managing director Kevin White. “I think a lot of people just look on the surface level,” he said. “We’ve seen a lot of people just fall in love with a 30,000-foot view of student housing because student enrollment is recession resilient.”

He believes new sources of equity in the market – including lenders, managers and investors – have enabled developers to build projects that previously would not have been financed. These new sources, moreover, are willing to accept lower returns while taking on higher risk, he said.

White has seen new supply outpace enrollment growth in many markets, such as low-growth areas in the Midwest, where vacancies have risen and rental rates have fallen, leading some projects to become distressed.

With this increased risk-taking comes signs that some investors have been unable to pay back the debt on their properties. Student housing private label commercial mortgage-backed security loans – loans that are not issued by a government-sponsored enterprise like Freddie Mac or Fannie Mae – had a delinquency rate of 6.45 percent in June, more than double the rate in January, according to Trepp data. By contrast, multifamily private label CMBS delinquencies saw only a slight increase, inching up to 2.28 percent in June from 1.96 percent in January.

Because of the fragmented nature of the student housing market, distressed properties have been confined to individual markets rather than being widespread, according to Evercore managing director Manjul Ramchandani. The distress is also more of a near-term problem, because while cap rates may be at a low, college enrollment is rising, several markets are still under-supplied and families are demanding higher quality living spaces, he said.

Such distress could present a buying opportunity for some investors while rents are suppressed and student enrollment has yet to catch up to the supply that was built, noted Virtus’s White.

Both White and Merrill believed new institutional players are taking on too much risk and will largely be responsible for increased distress in the market. However, Ramchandani said the problem stems more from non-institutional owners who do little to improve their properties, but are now competing with new institutional entrants for tenants. Ultimately, he believes, increased interest from institutional capital may result in these mismanaged properties being converted by new professional management entering the market and gaining value over time.

Distress is not just limited to student housing. Some senior housing markets, for example, have become oversaturated by players that have pursued overly aggressive rental rates, were too optimistic in their lease-up assumptions or built too many beds, according to White. He estimates senior living is about 24 months behind student housing in terms of capital flows and the development cycle.

“We are just now seeing projects come across our desk that are not leasing up like developers thought they might,” he said. 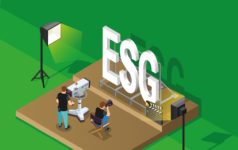 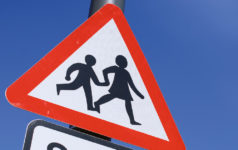 Why schools might be the next big infrastructure sector

opinion 13 hours ago
Added to your Saved Articles
Loading
Unsave Article
Please confirm you would like to remove this article from your saved articles.
Share with other subscribers
Only logged in subscribers of this site will be able to access the shared article.